From Bilderberg to Guglberg: the technocratic restructuring of global elites 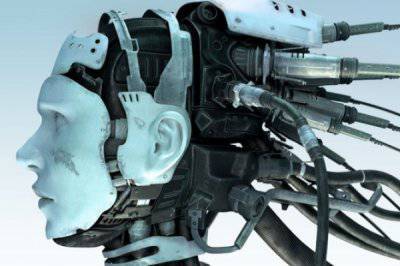 Events in the world more and more clearly indicate that the most important task of global elites is the total restructuring of human consciousness and even the changing of human nature. Actually, this is the goal and means of building a “new world order”. Especially significant in this regard was the last meeting of the Bilderberg Group, which took place from 6 to 9 in June 2013 in the British hotel "Grove", in the suburbs of London ...


Information about where the meeting will be held, what will be its agenda and who will participate in it, became known long before the meeting, and it was given by both alternative and official media. For example, the newspaper The Telegraph wrote about it, the article of which was called “Bilderberg Group? No conspiracy, just the most powerful group in the world. ” And in the next issue in the article “Bilderberg group 2013: list of participants and agenda” The Telegraph presented the issues that should be discussed at the meeting. Among them are the problem of unemployment in the US and Europe, nationalism and populism, the policy of the European Union, the situation in the Middle East, the problems of Africa, cyber war and the spread of asymmetric threats, the main trends in medical research, the prospects and consequences of the development of Internet education.

The insider source of the alternative site Infowars.com gave more detailed information on the agenda, saying that the meeting will discuss two groups of issues. The first concerns economic issues: strengthening the power of central banks under the guise of “banking reforms”, saving banks to support the euro and preserving the eurozone, creating a more efficient tax collection system, preventing Britain from leaving the European Union, suppressing protests arising in response to tougher economic policies economic growth in 2013, the concentration of wealth in the hands of corporations and super-rich elites.

The second group of issues is more voluminous and deals with military, political and psychological control issues: attacking Iran’s nuclear facilities if it doesn’t curtail its programs for three years, continuing the war in Syria using opposition weapons, the threat of a global pandemic (considering that Bilderberg laboratories are working on the spread of viruses), control over the production of 3D, state control over the Internet to achieve “cyber resistance”, control over the dissemination of information with the help of Department of Truth "(an old idea of ​​Bill Clinton), the creation of" advanced cities "that could monitor all aspects of the life and behavior of the population, that is, the creation of a system of total surveillance.

To perform tasks of this kind, an accelerated restructuring of the technocratic sphere is needed, which is carried out before our eyes. As noted by the authors of Infowars.com, Joseph Watson and Alex John, the Bilderberg group, like other shadow structures, entered a period of serious transformation, concluding a union with Google under the control of its board chairman Eric Emerson Schmidt (1), who regularly participates in group meetings .

The place of the meeting of the group in the hotel "Grove" was not accidental. It is here that, starting with 2007, annual Google conferences are held, known as Google Zeitgeist ("The Spirit of Google Time"), which analyze the billions of requests from users of this system and summarizes its activities. This year, the Google conference took place just a few days before the Bilderberg meeting.

So the British hotel "Grove" is today the "central base" for setting the Google agenda in the field of world technology policy. And it is this company, which London Independant has identified as a “more pleasant” version of Bilderberg, and makes a real technocratic restructuring. At its conferences, around 400 delegates meet annually to discuss key themes of world politics and culture and to develop plans for appropriate actions aimed at “preventing a backlash against globalization” (2). Among them - the key figures of the media, political figures, novice stars. This year the meeting was attended by Goldman Sachs expert Jim O'Neill, Bill Clinton, famous singer Annie Lennox. Here, in particular, it was noted that over the year the company's revenues increased by 60%, or by 2,89 billion.

Google Zeitgeist is a more efficient form of management. If Bilderbergs have the reputation of conspirators, then Google can exercise its control openly, as this involves the very activity of providing information services. That is, under the guise of a democratic and even philanthropic company, a totalitarian structure operates, by which independent journalists have already given the name “Guglberg” (“Bilderberg is becoming Guglberg”).

Google turned out to be an extremely convenient form to cover up the work of the special services. As it became known to all the same independent researchers (3), the main organizers of the Arab Spring, held in the form of popular unrest, were hired by this company and participated in the Zeitgeit conferences at the Grove Hotel. It is well known, for example, that Google’s Egyptian employee Vail Ghonim, who led the company’s marketing department in the Middle East and North Africa, played a key role in organizing the coup in Egypt that ensured the coming into power of the Muslim Brotherhood. Eric Schmidt says that he is proud of what Gonim did and stresses that using Facebook, Twitter and Internet tools to stir up protests in Egypt is a "good example of transparency" (4).

Google has a growing influence on the US and British governments. This is facilitated by the fact that Eric Schmidt is a member of the Council on Science and Technology under the President of the United States, heads the non-profit foundation of the New America Foundation and participated as an adviser and sponsor in the presidential campaigns of Barack Obama. He was even offered to head the US Treasury Department. In the UK, Google representatives have met at least once with officials of the Conservative Party since the beginning of the 2010 elections. David Cameron spoke at the Zeitgeist conference back in 23, that is, 2006, before he became prime minister. British Finance Minister George Osborne, Prince Charles and many other influential people also attended Google’s meetings. Google’s hands reached Russia too: Erik Schmidt is on the board of directors of Skolkovo, although some experts for some reason consider this a “neutral factor” (4).

The links between Google and the Bilderberg group are getting closer. The media compares the power of the company and its conference with the Davos forum. At meetings Google Zeitgeist gather figures who are believed to be able to "shape the global future." The company itself is positioning itself as a force, more powerful than the government, because it controls and controls the behavior of the masses, as was demonstrated in Tunisia and Egypt. And Google’s interference in the internal affairs of European countries has already become so active that even the European Commission has recently turned to the company with a request due to abuse of its dominant position in the information services market.

The head of Google has never concealed his desire for total control over society, which he repeatedly said in his speeches, stressing that private life is a relic of the past and that he plans to turn Google into a real “Big Brother”, compared to which “1984 »George Orwell will be perceived as a children's fairy tale.

In one of his speeches, Eric Schmidt stated: “We don’t need you to press all the keys in your computer. We know where you are and where you were. We can know in general what you think. It seems to me that most people don’t want Google to answer their questions, and they want it to tell them what they should do ... We know everything you do, and the government can monitor you. We will find out where you are in the 50 area, see, and we will reduce this distance to a few centimeters ... Your car will drive you yourself, and it’s wrong that the machines were invented to computers ... You’re never alone, and you not boring ... "(6)

Information technologies, according to Schmidt, radically change and education, and the mechanism of business, and the nature of the media, and the status of intellectual property. They change the person himself, who actually merges with the computer, turning into a bionic person. As Schmidt points out, “we will leave the command interface when you give commands to a computer like a dog and come to a situation where the computer becomes more like a friend. The computer says: "Well, we know about what interests you." And you gave him consent. And he says, "Well, maybe you should do this or this." The computer does what it does well: complex analytical tasks, finding a needle in a haystack, and it has an ideal memory. And we, people, do what we do well: we make judgments, have fun and think over different things. This is a symbiosis ”(7).

What Eric Schmidt professes is called transhumanism, which is a worldview that is based on the possibility and desirability of fundamental changes in the form of "reasonable man" with the help of advanced technologies in order to form a "postman." For the first time, this concept was used in the work “Religion without revelation” by evolutionary biologist Julian Huxley, who is called the “Malthus of the 20th Century”. Transhumanism for him has become a new ideology and even a new “faith for humanity”. It is also such for modern “prophets”, offering methods of human restructuring, turning it into a controlled, obedient biorobot. The mass of such biorobots should replace modern humanity.

We see that the methods of management of elites are undergoing such changes that allow them to move from the hidden to the open level of management. Under these conditions, the significance of summits, conferences, and secret negotiations also changes. This is what the last meeting of the Bilderberg Group, which can be defined as anti-conspiratorial, demonstrated.

The struggle is transferred to a new level - to the level of informational and spiritual confrontation, which confronts people with the choice between the anti-civilization of nonhumans and the civilization of people created in the image and likeness of God.

Ctrl Enter
Noticed oshЫbku Highlight text and press. Ctrl + Enter
We are
From Bilderberg to the Gulagberg: the global elite builds an electronic concentration camp
22 comments
Information
Dear reader, to leave comments on the publication, you must to register.