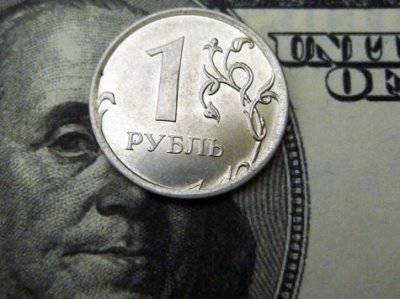 "The farther into the forest, the larger the third extra."


The deeper the planet gets bogged down in a comprehensive crisis, the more often the “world government” commemorates.

First of all, it is a manifestation of the hardened faith in conspiracies, the omnipotence of sorcerers and sorcerers, a convenient opportunity to write off mistakes, or even direct squalor, to evil and unknown omnipotence. The world is becoming less known - and the person, suffering from the growth of powerlessness, hides in mysticism. The primitive shaman, before hunting, painted desired prey on the wall of the cave, looks like a complete skeptic against the background of other current “analysts”.

But other, quite rational and successful modern leaders are dreaming of a “world government,” like the thirsty “financial state plan” of Soros and a number of international officials. For them, it is a symbol of stability and order - and the secret dream is to become one of its members and thus rule the world.

Fortunately, the “world government” as a single structure is impossible: for the social sciences, this is just as nonsense as the “perpetual motion” is for natural science, which violates the laws of energy conservation.

The interests of the influential forces of modern humanity are so diverse, contradictory and changeable (like these forces themselves) that no sustainable structure can unite them. It will either degenerate into a farce for meaningless chatter about everything (which seems to have happened to the UN), or, neglecting a significant part of interests, will become an instrument of unilateral violence and therefore unacceptable for too many. In the economy, the IMF has become such, in politics - NATO.

The instability, fluidity, and variability of interests of influential forces of modern humanity are manifested even in their outer shell, such as clubs and forums, which are constantly refining and re-developing the agenda, that is, the system of priorities and "rules of the game."

The more influential the club or forum, the more attention it attracts, the greater the efforts made by leaders to get to its meetings, the more crowded they become - and the less their real influence. An example is the degradation of Davos: even 10 years ago it was a crossroads of world influence, and now it’s just an absurdly populous and pretentious get-together.

The legends of the Bilderberg club and the Trilateral Commission are held only by their closeness. Once they played a big role, and now they have mostly become a rudiment, like the masonic clubs that really shook the world - but only at the end of the 18th century ...

Nevertheless, the concentration of business (and the power generated by it) is a natural process. Swiss researchers, analyzing the interaction of companies in international markets for goods, services and capital, found about 1100 the largest firms that form the core of the global economy. Global success is almost impossible without cooperation with at least a few of them - simply because they concentrate a critical part of human money.

But global business, which stands above states and turns out to be stronger than most of them (except, perhaps, the United States and China), is only part of a new power subject hanging over the world.

The external manifestation of globalization is the simplification of communications. It unites state and corporate leaders, the special services serving them, science, media and culture on the strongest basis - common personal interests and lifestyle.

These people are vitally interested in the development of global business. They do not live in countries, but in hotels and closed residences that provide comfort beyond the limits of ordinary people, regardless of location. Thanks to the intensification of communications, they literally over the last decade have thickened into a new - global manager - class.

Its structure is not a hierarchy or even a social network: it is a collection of social whirlwinds, colliding, disintegrating, flowing one into another, rigidly opposing on one issues and uniting on others.

The new global class of proprietors and managers is not firmly tied to any country or social group and has no obligations external to itself: it has neither voters, nor taxpayers, nor influential shareholders (except for its members). By virtue of his position “over the traditional world”, he is opposed not only to weak societies, destructively assimilated by him, but also to any isolated community as such, primarily traditional statehood.

Getting into the semantic and force field of the global ruling class, national elites are reborn.

Modern liberalism has long been no longer an ideology of freedom and individualism, but an absolute belief that any state should serve not global people, but its own people. If business interests require the impoverishment and humiliation of this people, the state is obliged to take “unpopular” measures with pride and without a shadow of a doubt.

Having begun to serve global business, the authorities of any society inevitably betray their people, from the elite rapidly degenerating into a party, even if it is the ruling one.
Neglected
Nor can the basic needs of society be hidden. Thus, the Bank of Russia quite openly declared that its presence in the foreign exchange market was limited, which de fits with the liberal dogma of minimizing state intervention in the economy. As a result, daily fluctuations in currency rates acquired unprecedented dynamics (up to 80 kopecks in one day), which disorganizes the economy, pushes society to panic, but significantly expands the opportunities of speculators of all stripes (including insider trading from inside the Bank of Russia) ).

The most striking example of such a disregard for the interests of the people of Russia was the statement by Finance Minister Siluanov about a possible appreciation of the dollar by 1 – 2 ruble as a result of his decisions. This caused not only a weakening, but also a destabilization of the ruble, disorganized the lives of many people and firms (and probably helped the speculators).

The same Minister of Finance announced his intention to increase the price of cigarettes by one and a half times to fill the budget - which in January – May is not only surplus (with a planned deficit of 0,8% of GDP), but also amassed 6,6 trillion rubles. unused reserves. Of which, the equivalent of 5,4 trillion, and 1,2 trillion rubles is transferred abroad in the form of the Reserve Fund and the Fund of "National" Welfare. just lying around in the budget without any design.

And what about his statement about the "overheating of the economy", that is, about the excessive intensity of its development, in the conditions of a sharp, 2,5 times (from 4,5 to 1,8% in January — May), economic growth retardation? Involuntarily there is a suspicion that unknown saboteurs at the height of the June heat broke the air conditioner in the minister’s office.

The content of the era in which we are entering will be the liberation struggle of societies divided by state borders against the domination of the global governing class. This content raises the question of the solidarity of all nationally oriented forces - for the difference between right and left, patriots and internationalists, atheists and believers does not mean anything before the general prospect of social utilization because of the aggression of super-large business and its “assault infantry” nestled in public administration these “effective managers” who are ready for anything - without regard to some small-medium business, not to mention the notorious population, which prevents them from fully implementing their bold financial fantasies. sion. Not without real use for yourself, of course.