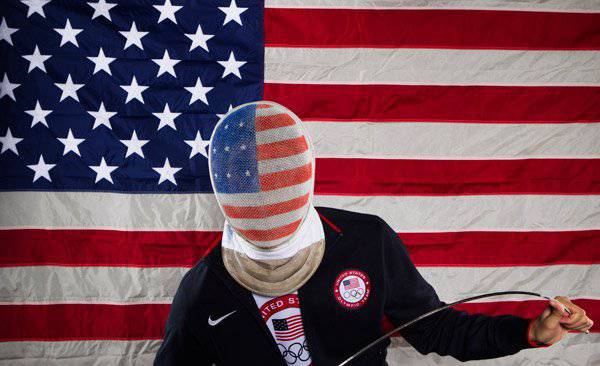 In Qatar, the transfer of power from Hamad bin Khalifa al-Tani to his fourth son Tamim took place. The formal reason that has been repeatedly voiced is the poor state of health of Emir Hamad. That, in general, is true. Severe-onset diabetes plus unsuccessful liposuction in the 11 year, which aggravated the disease, is a good reason.

True, in neighboring Saudi Arabia, kings often rule without regaining consciousness, and this does not prevent them from remaining on the throne until death. And in the rest of the Arab monarchies, the voluntary transfer of power is unheard of. And in general - in the East it is not accepted. It is easier to kill even presidents than to force them to transfer their power.

Most likely, poor health as a reason for the change of power is only a cover for the more important factors that led to it. The question is what are these factors?

There are two versions of events that explain the "Arab Spring". The first version is subjective. The “Arab Spring” is the creative development of “color technologies” and was launched by the United States for reformatting the regional order that does not suit them. The second is objective. The “Arab Spring” is the result of resolving the contradictions that have accumulated over the past decades, which the Middle Eastern rulers could not cope with. The West and the US are only trying to “integrate” into these processes and use them for their own purposes with varying degrees of success.

Both versions are rather sketchy and, most likely, far from fully explain what is happening. However, the transfer of power in Qatar is frankly project in nature, in order to try to explain it only by the apparent ill health of the monarch.

The United States, having overstrained itself during the reckless squandering of its power immediately after the collapse of the USSR, moved and continues to move to a much more economical strategy of indirect influence in all significant regions of the world. They are no longer able to dominate everywhere, but they clearly understand that today their main adversary is China. There are different opinions on this, however, the 2020 – 2025 years are called by very many as a feature, after which, with the current dynamics of events, China will reach the level of the power of the United States. Today, he has two critical problems that the 18 Congress of the CCP has called without much diplomatic overtures - social stratification and technological lag. And the congress quite clearly outlined the ways in which these problems will be solved.

The United States has no options - they have to complete three very difficult blocks of tasks in the remaining time. The first is to concentrate its power against China. The second is to slow down the pace of its development. The third is to carry out re-industrialization and the transition to a new technological order, while China is trying to gain a leading position in the current structure.

The events of the "Arab Spring" are used by the United States to solve all these problems at once. To concentrate their military power against China, the Americans must withdraw from other regions of the world as fully as possible, creating as many problems as possible. In order to avoid a new competitor.

Slowing the growth rate of China’s development is an extremely difficult task, but it can be solved by creating problems in all the regions of the world that are most important for China, and the problems that China will have to either use for its own resources or go away, thereby slowing down its growth.

The United States is organizing its own development right now, flooding its economy with money and creating conditions for the smooth functioning of basic industries in modes that are impossible in any other situation. The shale revolution is one of the examples when deliberately unprofitable shale gas production feels great, despite the nasty reporting figures and the rational thinking of specialists. At the same time, it provides for record-low energy prices on the domestic American market, putting its economy in a deliberately advantageous position over all others. Next in line is shale oil.

And what have the emir of Qatar? Given that the chaotic processes in the Middle East are beneficial for the United States - but only if they have the ability to influence them. Nobody needs boundless chaos. The al-Qaeda Islamist militants, under control, are a tool. Out of control - a threat. And now, al-Qaeda is out of control. In general, a lot of things have been missed over the past three years. Conclusions have been made - the entire foreign policy bloc has been completely replaced in the new Obama administration. The previous policy is recognized no longer relevant to the real situation. Moreover, the new politicians responsible for external direction are specialists in the Middle East. And this indicates that now for Obama is the current priority.

A reasonable question - if Obama did not spare his people, why should he spare some Bedouin savages? Now their turn has come. And faithful servants one by one begin to go to the scrap. Erdogan has already reached the line beyond which he will be called the bloody dictator. Emir Hamad al-Thani is changed for a resigned Tamim. The king of Saudi Arabia is about to die - and it is obvious that here the USA will do everything to breathe life into this dying dynasty, torn by contradictions. Even at the cost of the integrity of the kingdom.

For new tasks require new tools. The choice is not very large, but it exists.