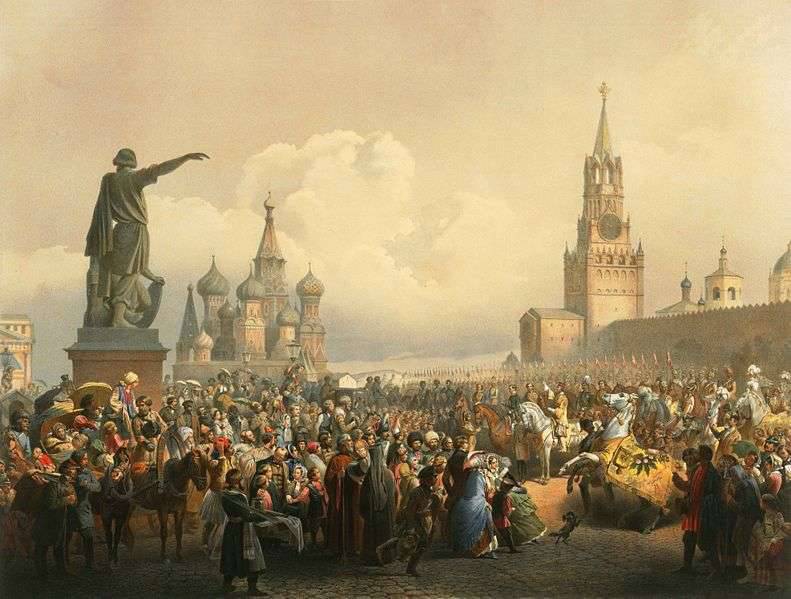 In recent decades, the problem of identity has become increasingly important. This phenomenon has a global character. For the Russian civilization, it is especially relevant, given the shocks that we had to endure in the twentieth century. But we are again trying to gain a foothold by feeling for our primordial - Russian - identity.
In this case, a logical question arises: what is Russianness and how to define it?

The range of possible views on this central problem is very wide, but I will note two extreme positions:

Meanwhile, even in such a painful issue, everything is very simple, but for this, it is necessary to logically strictly lay everything out. I propose to do this using the categories of Aristotelian logic, brilliantly set forth also by Saint John of Damascus, one of the fathers of the Church.

However, there is another characteristic called accidents. Accident (lat. Accidentia - a case) is what characterizes many objects, generally differing in appearance. It may belong to the subject, and not belong to him.

For example, if we see Ivan with blue eyes, then this is an individual Ivan, belonging to a person. A property will be everything that always belongs to the human species - the presence of the soul, the ability to speak, etc. Accidents will be random signs that are not required for the whole species: blue-eyed, snub-nosed, curly, etc.

Depending on what we take as a species, we will get different properties, and some accidents can turn into properties. That is, what was more accidental (an accident) for a more general form, may become a property for the less common. For example, if for the human species the male genital organs are an accident, since for a man they may or may not be, then for a species a man may be a property, because without them it is impossible to belong to a man.

What will be the characteristic for a Russian species such as “Russian blood”? Does the presence of "Russian blood" belong to the species Russian? Not necessary. For example, if Russian parents left for the USA and children were born and raised there, then these children will be almost Americans, and their children will have no Russian at all. This means that the presence of “Russian blood” does not necessarily mean that it belongs to a Russian species, but may also belong to another species.

Now let us put the question differently: is it possible that Russian does not have “Russian blood”? Yes, it is possible. This is evidenced by the numerous cases in which the representatives of our small ethnic groups and peoples became Russians, not having “Russian blood” by origin (for example, Stalin). So, since the presence of "Russian blood" may belong to the representative of the species Russian, and not belong to him, it is accidents (see definition).

Thus, we have established that for Russians, belonging to Russian culture is a property without which there can be no Russian, and Russian blood is an accident that may or may not be. The accident is very likely, equal to the share of the "Russian blood" people in the Russian people. But - an accident. This is well illustrated by the example of local universal liberals, who, having been born and raised here, do not belong to the Russian people (although they are demagogic for the Russian people).

On this basis, the following definition of Russianness can be given: Russian is a person belonging to the Russian culture and conscious of himself as part of the Russian people.

This is the most important conclusion, which is obtained by a strict logical path, supported by the patristic tradition. Interested in details refer to "Philosophical Chapters" of sv. John of Damascus (first 17 chapters, especially the fifth one).

Please note: there is no “Russian blood” in the definition of Russianness. This is an accident. By virtue of this, the “degree of Russianness” in no way depends on the origin, on which nationalists with racial bias parasitize, justifying their radicalism by a large number of migrants. At the same time, I do not at all support uncontrolled "labor migration", which increases inter-ethnic tensions. But the attitude towards visitors should not depend on where they were born (for this does not prevent them from becoming Russian), but only on how they relate to Russian culture. The attitude towards Russian culture is not a direct consequence of their origin, but is due to many accompanying factors, including the difficult spiritual and moral condition of the Russian people themselves. After all the disasters of the twentieth century, we ourselves forgot the native culture. So what do we want from visitors?

Without in any way relieving them of responsibility, I still consider the most important thing to be the return of ourselves to our roots, and above all to the Orthodox Faith. From the very beginning of its existence, the Russian state had an imperial polyethnic character. So it was, so it should be. This is what has always attracted our neighbors to us, who have become their own and are expanding our Fatherland. And if we want rebirth, we are obliged to return in the deepest way to the fold of native culture.

Only by strengthening our own identity, can we count on the revival of Holy Russia, which will unite all our ethnic groups and peoples.