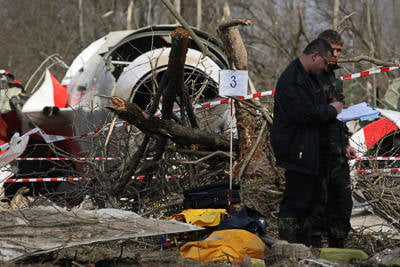 The Polish newspaper suggested that when analyzing the wreckage of the aircraft of Lech Kaczynski, the Russian special services could obtain documents containing the Polish state secret

The leading Polish daily Rzeczpospolita came out today with a note from which it is likely that among the 96 passengers and crew members of the presidential Tu-154 crashed on Saturday near Smolensk, there were those who took the laptop or official documents. And considering that the passengers of the liner that fell into the accident were high-ranking officials and representatives of the high command of the Polish army, the data that could be contained in their computers or documents could constitute a state secret of the Polish Republic.

According to one of the employees of the Polish National Security Agency, this version cannot be excluded. The particular difficulty of the situation lies in the fact that it is still not clear which papers the top officials of Poland could take with them on the flight. Although the basic analysis of the remains of the aircraft has already been completed, details of mobile phones and other electronic media are still being found at the site of the tragedy.

However, as the general of the Polish Army Gromoslav Grempinsky believes, the Russian special services will not want to risk and are unlikely to use the documents. According to him, in this case, they risk being accused of using tragedy for mercenary purposes. A similar point of view is expressed by the former chief of the Government Security Bureau, General Miroslav Gavor. In addition, he believes, there could simply have been no secret documents on the plane, since the only purpose of the arrival of the Polish delegation was to visit the Katyn memorial, erected in honor of the Polish officers shot by the NKVD in 1940.

However, even if the secret documents were at the disposal of the Russian special services, nothing bad would have happened, said the deputy head of the Internal Security Agency, Colonel Mechislav Tarnovsky. According to him, in the case of data contained in phones, laptops and other electronic media, a special protection system is provided for in case of unforeseen circumstances. “In order for secrets to remain secret it is enough just to replace the codes,” he says. 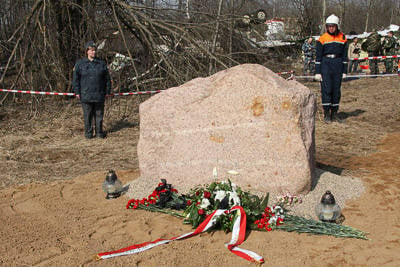 To date, the main version of the cause of the tragedy is the error of the pilots who decided to land the liner at Smolensk Severny airport despite the lack of visibility (total 100-150 meters) and repeated warnings of dispatchers who proposed to land the liner in Minsk, Vitebsk or Moscow.

Flight recorders of the aircraft have already been found and delivered to Moscow. Finally, all data from them will be decrypted in the next two days. This was announced by the Polish investigator Zbigniew Zepa, who, together with his Russian colleagues, is studying the causes of the tragedy.

We will remind that earlier information appeared in the media, from which it followed that negotiations between captain Arkadiusz Protasiuk, who was in charge of the presidential board, and dispatchers of Severny airport were conducted in Russian, which the Pole could hardly understand. A version was put forward that the language barrier could also serve as one of the causes of the tragedy. However, this morning the Polish media made a denial of this information. According to them, Protasyuk knew Russian perfectly and was an experienced pilot. Moreover, three days before the accident, he had already made a flight to Smolensk. Then his passenger was Polish Prime Minister Donald Tusk, who was flying to a meeting with Putin. At that time there were no problems with the landing, one of the Tu-154 pilots, Colonel Bartosh Stroinsky, said.

Meanwhile, in the presidential palace in the capital of Poland, Warsaw, a nationwide farewell began with President Lech Kaczynski and his wife Maria. The couple is expected to be interred on Sunday, April 18. Mourning in the country last a whole week.