Good in the Russian country to live?

29 2013 June
291
A recent survey, which was conducted by such an organization as the All-Russian Public Opinion Research Center, brought truly sensational results. When asked whether the Russians were satisfied or dissatisfied with the quality of their lives, about 80% of respondents said they were satisfied. Such surveys are conducted by VTsIOM not for the first time, but for the first time in the whole history such surveys obtained such an impressive result. Of course, one can argue that the results have been falsified, fabricated for the sake of the current authorities, but then one has to be honest with oneself and say that the results of previous polls (and this is 34%, and even 18%) were also fabricated, only already in opposition to the very authorities ... Why then VTsIOM is so inconsistent? So, maybe, after all, not VTsIOM is inconsistent, but simply the Russians really see positive changes in the quality of their life. 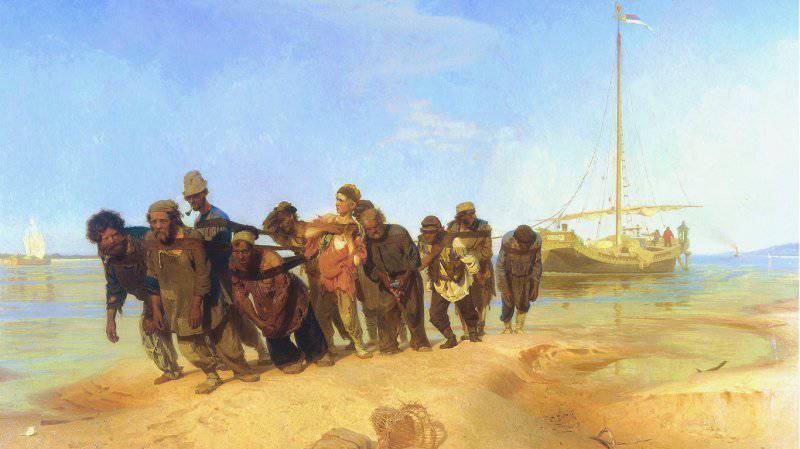 But what prompts the overwhelming majority of Russians to talk about a sense of satisfaction from the quality of life in modern Russia, because many of you and I are by their nature ready to start crying into a vest, saying that, say, life is a complete city ... Most importantly, why are the new survey results today seem to be a real sensation?

The fact is that behind the storm of events taking place with the country and with us, we somehow mostly forgotten how to enjoy life. Having what we have, we received a pill of constant desire for something more. On the one hand, it looks very good - the desire for the best is an excellent incentive to reach new heights, but on the other hand, this desire is most often associated with utilitarian things. The Bacillus of consumer utilitarianism struck many of us, turning them into people with a complete lack of a sense of proportion.

All that utilitarian that hovers in our dreams (within reasonable limits, of course), a healthy working Russian, in principle, can afford. Yes - not immediately, but no longer on coupons, not standing up in endless queues (there is a separate conversation about housing for military personnel). If in 1998-1999 the population of the country living below the poverty line was 30% (about 44 million people), today this number has dropped to the 12% mark (about 17,5 million people). And 17,5 of millions, of course, is a big figure, but still the improvement in the quality of life and poverty reduction in 15 years more than 2,5 times is the result that is difficult to ignore.

You can criticize the Russian economy as much as you like (and there were any reasons for criticism at any time), but the fact that in recent years she has managed to get on her feet and raise the standard of living of the majority of Russian citizens who are ready to work and earn is a fact. Someone, of course, will say: well, VTsIOM published the results of the survey, and the author went about it in front of the authorities and sang the praises of the economy that was cracking at the seams. Well, first of all, no one is going to sing the praises, for our authorities have blunders (yes, how, in principle, any others have enough), and secondly, if we consider the Russian (if not the most perfect) economy to be cracking at the seams, what then to speak about the financial systems of those “developed” countries, where the debts on each of the citizens are in thousands of dollars more than these citizens weigh in grams. And thirdly, if our not very successful economy brings very tangible fruits (poverty reduction, pacification of inflation), and power (no matter how doubtful its tricks are on various issues) is by no means the last institution to lend it then why not allow yourself a weakness and not make such a compliment ...

By the way, about inflation. If 20 years ago (not so much by the standards of the time intervals necessary for the development of the country's economy), inflation in Russia was more than 2,5 thousand percent, and when they left home, people tried to get at least some goods with their own money, just finances did not depreciate until the next morning, today the level in 6,6-7% per annum, you see, concerns us. Well - hooray for us! - Quickly, however, got used to the good. If the same 20-22 years ago, people were ready to literally fight for food stamps, today many of us have already forgotten how those tickets looked and why they were needed at all ...

The size of the subsistence minimum in real terms over the same period has increased significantly. Delays in salaries (pensions, scholarships) today seem to be an awful dream for the absolute majority of Russians, and even 15 years ago, such delays were almost the norm. The teachers, who did not receive their salaries for half a year, continued to work in schools, falling into hungry fainting right in the classroom, and this is by no means a figure of speech. It was. The middle and senior (and partly the young) generation remember this very well.

And there was also a very difficult situation in the North Caucasus. The seizures of regular buses and planes by terrorists with the constant advancement of economic and political demands from extremists were almost the main subjects. news issues of the early nineties. The war in Chechnya paralyzed the economy and sowed insecurity among citizens. People simply didn't feel safe.

And if we compare the situation of those years with the one that we have today, then we can say that Russia 90's and Russia today are two different countries. One is a country torn by internal contradictions, economically backward and in need of constant external support, a country controlled from the outside, with the burning Caucasus - the epicenter and the regions exploding in a literal and figurative sense, with party leapfrogging and a "major democrat" at the head of this whole orgy. The other is a country that has many problems and shortcomings, but which was able to get out of the devastating maelstrom and, finally, to think about the very quality of life of its inhabitants, which the VTsIOM asked.

Is it worth it to arrange a standing ovation? An ovation is not, but it is not worth ignoring all the improvements that have occurred in the country in recent years. Oh, yes - corruption ... Well, it’s the same here: did we remember it so often, for example, in 1995 or 1998, as we remember today. Then very different problems worried the people. But this is one of the examples of how improving the quality of life of people affects the care not only of themselves, but also of the country in which these same people (you and I) live.

PS Vaughn - even now we have the time and desire to discuss such problems as the gay lobby or the violation of human rights in foreign countries ... As they say, you will not talk with hunger on such topics ...

Ctrl Enter
Noticed oshЫbku Highlight text and press. Ctrl + Enter
We are
Situational analysis of the death of the MH17 flight (Malaysian Boeing 777), made on the basis of engineering analysis from 15.08.2014Results of the week. “In our cooperative, the board is always agreed”
Military Reviewin Yandex News
Military Reviewin Google News
291 comment
Information
Dear reader, to leave comments on the publication, you must to register.