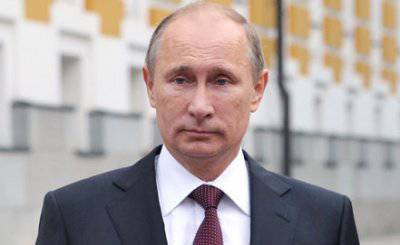 In the first half of 2013, shipments of domestic armaments and military equipment for export grew by almost 15%. This was announced today by Russian President Vladimir Putin at a meeting of the commission on military-technical cooperation between Russia and foreign countries.


“As for the first results of the current year, they once again confirm that the external relations of Russia through the MTC continue to strengthen,” Putin said.

According to the head of state, it is necessary to keep up the momentum. This requires a more active military-technical cooperation policy, aimed at the constant increase of the competitiveness of Russian export offers.

The President recalled that the growth in orders for high-tech defense products is extremely important for the Russian economy as a whole, as it is the source of a large number of jobs.

Over the past three years, Russian manufacturers of military equipment have received from the state budget 27 billion rubles in subsidies.

Today, domestic weapons are supplied to 66 countries of the world, and agreements on military-technical cooperation have been concluded with 88 states.
“A separate topic on today's agenda concerns the supply of Russian helicopters. Here we have formed a fairly solid package of orders. The reserve is good: about 9 thousands of Russian machines are already being used today in more than 100 countries of the world, ”Putin said.

According to the head of state, “domestic helicopters outnumber most foreign analogues in technical and combat capabilities, reliability and ease of control, and also benefit from price competition.”

The President stressed that the irreplaceability of domestic aircrafts was also recognized by the representatives of NATO.