Strategic projects of the XXI century 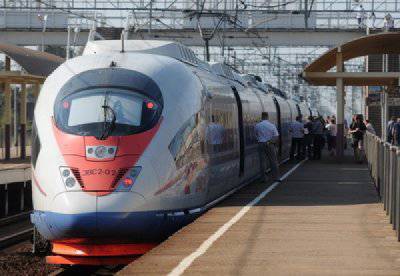 The state of our defense capability, like the quality of our life, directly depends on how the national economy breathes. And it really breathes only when the accumulated financial reserves will be invested in strategic projects that can change the very face of the country.


At the Plenary meeting of the St. Petersburg International Economic Forum, Russian President Vladimir Putin not only identified the current problems of the world economy, touched upon the Russian chairmanship in the G20, but also noted Russia's efforts to improve the dynamics of economic growth and improve the investment climate in the country.

“Offering an agenda for the G-20, we put the adoption of practical, systemic decisions designed to improve the global economy and finances, improve development through development,” said Vladimir Putin. “And this is the widespread introduction of advanced technologies that determine the quality of life, the financing of investments, including in people and, above all, in people, in the development of the social sphere, the creation of high-value-added industries, and therefore the creation of new, effective, modern jobs. All these are the priorities of the Russian presidency within the framework of the G-20, these are the priorities of our internal socio-economic policy.

The President noted that time requires decisive action. It is no coincidence that this formula has become the motto of the St. Petersburg Economic Forum.

“For us, the number one task is to create conditions for sustainable economic growth in Russia,” emphasized Vladimir Putin. - For many years we lived in a situation of rapid, almost continuous increase in prices for our main export goods, which allowed domestic companies, and the state, to cover high costs. Now there is no such factor anymore, just like there are no easy decisions, there is no magic wand that could change the situation at once. The situation requires our discipline, the optimal choice of priorities, the right balance between long-term goals and the solution of current, sometimes urgent tasks.

The President informed about the decision taken in connection with this decision: the growth of regulated tariffs of infrastructure monopolies will be limited and should not be higher than the actual inflation last year. This order will be fixed to 5 years, starting from the 2014 year. When making tariff decisions, according to Putin, it is necessary to take into account the opinion of consumers. The procedure should be strictly regulated, so that everything is not limited only by good wishes. The president stressed at the same time that our infrastructure monopolies have reserves for savings. Each such company must adopt a program to reduce costs and improve its efficiency.

But the containment of tariffs should not lead to negative effects - a reduction in investment in infrastructure.

“Our key task is in the coming years to remove many infrastructural restrictions that literally stifle our economy and prevent us from revealing the potential of entire regions,” the head of state said.

What is offered? Effectively use our financial reserves. One of them is the resources of the National Welfare Fund. These funds, according to Vladimir Putin, should work for the Russian economy and for future generations. They should not be wasted on trifles, exchanged for non-existent programs, and should be directed to such projects that change the face of the country.

Therefore, it was decided to invest 450 billion rubles in payable infrastructure projects. In general, up to half of the National Wealth Fund will be invested in projects in our country. What are these projects?

First, the high-speed railway Moscow-Kazan. In essence, Vladimir Putin stressed, it will become a pilot section of the route that will connect the Center, the Volga region and the Urals economic region.

The second is the Central Ring Road (CRR), which will actually be re-laid across the territory of the Moscow Region and along the New Moscow areas. Road sections will be located at a distance of 30 – 70 km from the Moscow Ring Road. In essence, the Central Ring Road is a new project that will change the entire logistics of transportation in the European part of the Russian Federation, connect the central regions of the country, give them new opportunities for development, allow Moscow to unload from transit, improve the transport and environmental situation of the capital itself.

The third project is to drastically modernize the Trans-Siberian Railway and expand its capacity. Transsib is one of the longest railways in the world: almost 10 thousands of kilometers. The direct railway route through Eurasia, according to Putin, will be the key artery between Europe and the Asia-Pacific region.

“We give a powerful impetus to the development of the Far East and Siberia,” said the President of Russia. - Our transport infrastructure is closely approaching the fast-growing Asian markets.

He added that the new pipeline infrastructure in the Far East with a branch to China, access to the Pacific Ocean terminals allows for large-scale projects in the Asia-Pacific market. This infrastructure has already enabled Rosneft to sign a large-scale contract with the China National Petroleum Corporation. It provides for the supply of oil over 25 years in the amount of up to 46 million tons annually. The estimated contract amount in the current market parameters is absolutely unprecedented - 270 billion dollars.

Another important project that ensures Russia's access to the Asia-Pacific market is the construction of a railway bridge across the Amur. The corresponding agreement on the margins of the forum was also signed with Chinese partners. The design capacity of the bridge at the first stage will exceed 5 mln. Tons of cargo annually, and subsequently will be increased to 20 mln. Tons.

The resource base for investment in development programs, according to Putin, should be the means of domestic investors. Solving this problem requires confidence in the financial sector, and this requires an adequate regulatory system.

The President said that the regulatory functions of all financial institutions are transferred to the mega-regulator. He will supervise the work of banks, investment and pension funds. Such a megaregulator today is formed on the basis of the Central Bank of the Russian Federation.
And another fundamental decision, which was announced by the head of state.

- A month ago, a meeting was held with representatives of leading business associations of the country. It was then proposed to declare an amnesty for the so-called economic compositions, especially since Russian legislation has changed radically recently and many people simply would not be convicted if modern legal norms were in force.

But in matters of amnesty, the head of state noted, it is impossible to hurry. Persons who have committed serious crimes against the state, the individual and property should not be allowed to go free. For example, raiders, counterfeiters, or those who primitively took apartments from people. Moreover, it is unacceptable to justify those who have committed crimes involving the use or even the threat of violence.

“The draft decree on amnesty is finalized by the business community and deputies of the State Duma,” recalled Vladimir Putin. - I consider it possible to agree with this project and I ask the State Duma to consider and support it. I expect that this will be done in a short time, even before the summer holidays. In accordance with the draft, an amnesty will affect those who have committed crimes in the sphere of entrepreneurial activity, but were convicted for the first time, who indemnified or agreed to indemnify the damage and damages to the victims. A criminal record with these citizens will be removed.
In conclusion, Vladimir Putin returned to the central issue of human capital.

“We are implementing a whole project to save the nation, investing resources in a person, in his development,” he stressed. - We pay special attention to programs in the field of demography and health care, seriously improve the social sphere and all levels of education, including vocational education. We see demographic challenges of the coming years. But most importantly, we understand that the social dimension of the economy will play an ever more significant role. And because abstract figures of GDP and industrial growth, for all their importance, cannot be the ultimate goal of our policy. We need real changes in the life of every individual, every family.