25 2013 June
50
In the United States, work is under way to prepare for the withdrawal of troops from the territory of Afghanistan, which is slowly but surely turning into a large dump of technological scrap metal. The Pentagon is engaged in the destruction of cutting-edge military equipment and military equipment, although the Afghan conflict has already cost the US $ more than 630 billion dollars to US taxpayers, and the post-military spending is estimated at more than 1 trillion. dollars (providing veterans). And they don’t talk about human casualties, the American contingent in Afghanistan lost more than 2200 people killed and more than 18 thousands of people injured.
Despite such tangible spending, the US is going to destroy at least 20% of its military equipment, which is currently in Afghanistan and which they do not want to take out of the country after the withdrawal of their troops from there in 2014. To date, the US Army has already released more than 77 thousand tons of various military vehicles and equipment for scrap. Among the disassembled military equipment are special armored cars with additional protection against improvised landmines and land mines.
Officials of the American army say that they are ready to get rid of the equipment in which they no longer feel the need, or the transportation of which back to the US will be very expensive. So, in particular, thousands of combat vehicles with mine and ambush protection, which were specifically designed to protect the crew from bombings on the roads, should go for scrap metal to 2. Currently, the American contingent is armed with about 11 thousands of such vehicles. In any case, the Afghan scrap metal reception centers are already very heavily loaded with work, dismantling expensive American military equipment for scrap. 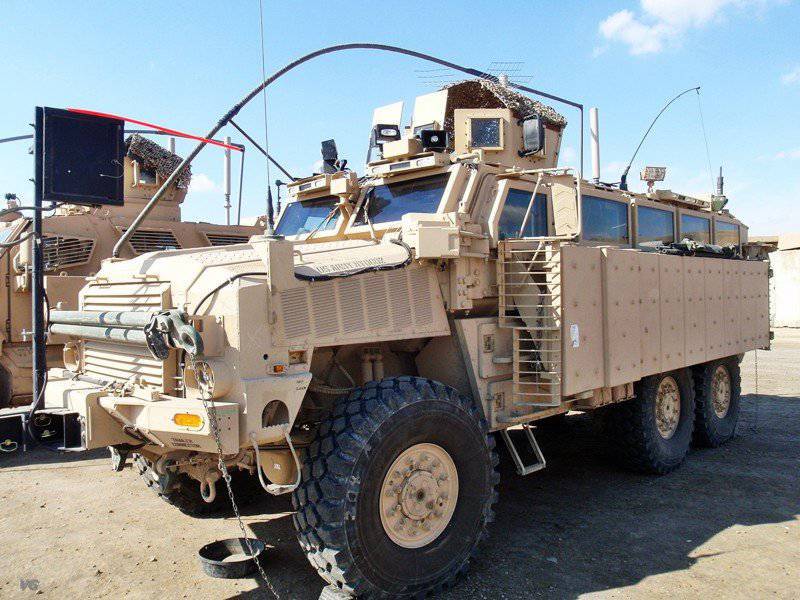 When asked why the US military does not want to leave all this wealth to their Afghan counterparts, the US authorities are responding rather evasively. One of these reasons is that they have already installed lighter vehicles to the Afghan army, which are supposedly much better suited for Afghan roads. Anyway, by the end of 2014 of the year (when the American troops leave Afghanistan), the US military is going to destroy military equipment and equipment in Afghanistan worth about $ 7 billion. At the same time, the Obama administration is trying to find a political solution to the issue of the Taliban movement, which is still active in Afghanistan, despite the military campaign that has been going on since 2001.
The well-known American newspaper The Washington Post has already called the decision of the American military "unprecedented": instead of transferring the equipment and equipment to the Afghan army, which is supposed to support the world in the region after the departure of American soldiers or sell it to other states, the US simply turns equipment and equipment in scrap metal. And this is at a time when the country is experiencing the consequences of a fairly strong budget sequestration. Against this background, the inadmissible luxury in the form of the destruction of 7 billion dollars looks rather strange.
77 thousand tons, as many, according to journalists, equipment and military equipment have already been destroyed by the US military as part of the preparations for the withdrawal of their military contingent from the territory of Afghanistan. In the United States, they decided not to return part of the military equipment and not to hand it over to seemingly their official allies — the new Afghan army, the training of which the Americans have been doing all these years. 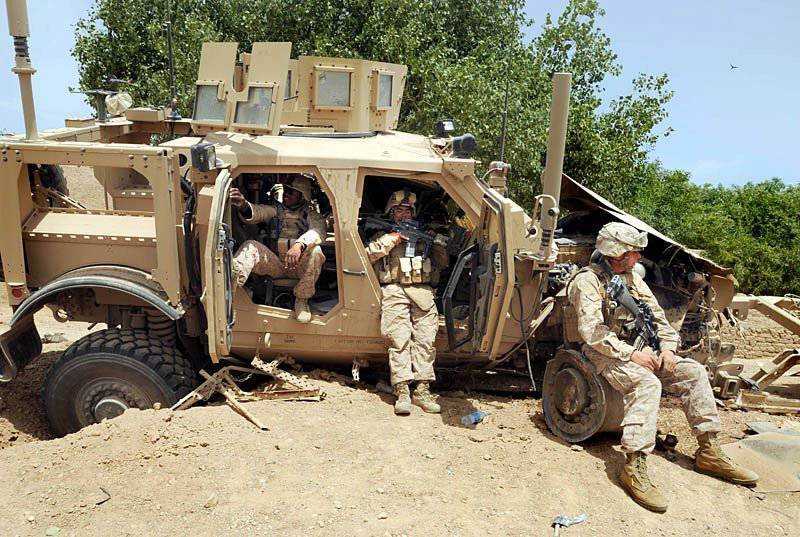 According to the American authorities, it is expensive to return equipment and equipment back to the US, but it’s impossible to give the Afghan army, with no other options left. It turns out the paradox cost 7 billion. Dollars - that is how much is already destroyed military equipment. We are talking about hundreds of thousands of units of various military equipment, including almost 2000 MRAP combat vehicles, equipped with mine and ambush defense. The cost of each such vehicle is approximately 1 million. This technique would certainly be useful to the new Afghan army, but the United States made it clear that the transfer of military equipment is impossible. First, various legal obstacles prevent this. And secondly, the command of the American army does not believe that Afghans are able to cope with this military equipment and keep it fully operational.
However, experts do not believe these explanations, seeing signs of corruption here and warning about possible negative consequences. The situation was commented on by Michael Schenk, who is the director of international politics for FCNL. According to the expert, such disposal is terrible, first of all, for the ecology of the country where it occurs, while for manufacturers weapons it's profitable. Since they will be provided with new orders in the future. At the same time, for ordinary American taxpayers - this is a solid loss, 7 billion dollars have already been destroyed, they just disappeared in Afghanistan. In this case, no one gets the benefit - neither the Americans nor the Afghans. In fact, the money is simply thrown to the wind; in addition, the country receives political damage. According to Schenk, the United States shows the entire Afghan people that they do not trust them and refuse to transfer equipment.
The US military says it is much easier to destroy military equipment and equipment than to return it all to the US or to other military bases and repair it after the Afghan campaign. There were allegedly not willing to purchase the equipment at a discount, but at the same time with self-delivery. It turns out too expensive. But for scrap buyers, as it turned out, there were no special problems. Many human rights activists in the United States at the same time believe that in this case it was not without a lobby on the part of gunsmiths who are simply interested in new orders. 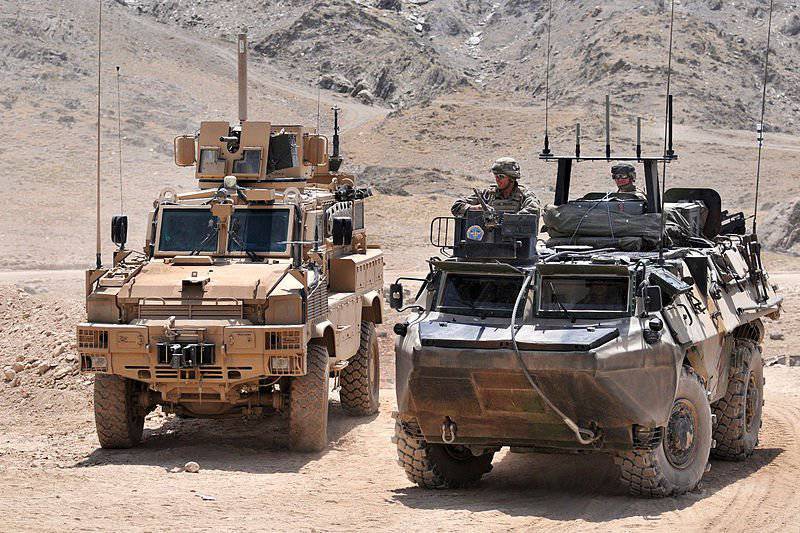 Anti-war activist David Swanson says that the US military budget is growing, despite the general sequestration of the budget: “Pay attention while the military is engaged in the destruction of military equipment for 7 billion dollars, Congress is considering the allocation of 80 billion dollars for future military operations . The Pentagon’s budget, which was approved by Congress, has generally grown compared with 2012, despite the budget sequestration and the decrease in social spending on health, food and other vital domestic programs of the country. ”
Remarkable is the fact that after the end of the military campaign in Iraq, the American army did not destroy machinery and equipment, and without special problems sent it to neighboring Kuwait, back to America or transferred to the current Iraqi authorities. Then there was simply no talk about the high cost of transporting equipment home or mistrust to local power structures.
According to information available in the media, at present, about 66 thousands of US Army soldiers, who constitute the main force of the NATO contingent in this country, are serving in the territory of the Republic of Afghanistan. Officially, already after 2014, the countries of the NATO bloc will not conduct any military operations in Afghanistan. According to the plan that was developed at the Pentagon, there will be about 3-9 thousands of US military in Afghanistan after this date, who will play the role of military specialists.
Information sources:
-http://rus.ruvr.ru/2013_06_23/Voennie-SSHA-unichtozhili-7-mlrd-v-Afganistane-2846
-http: //russian.rt.com/article/11107
-http: //www.warandpeace.ru/ru/news/view/81112

Ctrl Enter
Noticed oshЫbku Highlight text and press. Ctrl + Enter
We are
The Pentagon intends to preserve the power of the US ArmyFBCB2 US tactical-level automated command and control system (part of 1)
Military Reviewin Yandex News
Military Reviewin Google News
50 comments
Information
Dear reader, to leave comments on the publication, you must sign in.