Tank biathlon. About our national sport 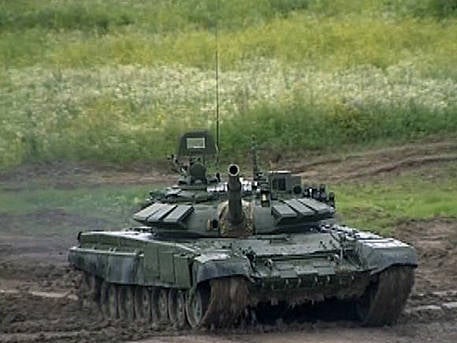 We wrote more than once that Tanks remain one of the most effective means on the battlefield and why they will not lose this quality in the foreseeable future. However, in addition to the outstanding qualities of domestic armored vehicles, the combat effectiveness of the tank crews and their experience greatly affect the combat effectiveness of the tank units. Recently, a new element has been introduced into the combat training of tankers, which will seriously improve the training of crews.


For the first time tank competitions are held for the first time at the two ranges of the Southern Military District (in Chechnya and the Stavropol Territory) - tank biathlon. Also, these competitions will be held in the Eastern Military District (at five test sites in the Republic of Buryatia, Primorsky, Trans-Baikal Territories, Sakhalin and Jewish Autonomous Regions). From 1 to 5 in August, final competitions will be held at the Alabino training ground, in which tank crews from friendly countries: Kazakhstan, Belarus and, possibly, Armenia will take part.

Anticipating the irony that the appearance of such a strange sport can cause, I would like to talk a little about tank biathlon, not forgetting to say how serious and even important these competitions are.

First about the competitions themselves. The route length 6 – 10 km passes three times. On the first lap, the crews are shooting from a tank cannon at targets located at a distance of 1800, 1700, 1500 m. On the second lap, firing is at targets that simulate the calculation of an anti-tank grenade launcher and infantry group. These targets (at a distance of 600 – 700 m) must be hit from a machine gun paired with a gun. On the third lap, the crew must hit the anti-tank gun and the calculation of the ATGM with the NSVT anti-aircraft machine gun at a distance of 1200 m. As in conventional biathlon, misses are fraught with a penalty circle, the length of 500 meters. And at the final stage, driver mechanics need to overcome a difficult-to-reach section that is replete with various obstacles. Moreover, each flaw in the passage (hurtled pillar or obstacle avoidance) is also estimated by the 10-second penalty, which is added to the total time.

Now we can say about the value of such a competition for combat training. Tank crews are not at all easy to prepare for the performance of combat missions in conditions close to the conditions of modern combat. At the exits to the landfills are practiced shooting. At field exits and exercises, crews get driving experience, passing routes and overcoming obstacles. But all these types of combat training have two minuses: they are divided into exercises for movement and for hitting targets, and they do not put the crews in terms of a hard time limit. Whereas in real combat movement, search for targets, guidance weapons and defeat targets occur simultaneously. In this case, the crew must act quickly, and here's why.

In modern combat, a tank is quite vulnerable, since anti-tank weapons on the battlefield are a mass weapon. The infantry has anti-tank grenade launchers and guided missiles. Even light combat vehicles are equipped with anti-tank missile systems. But there’s still artillery, aviation and enemy tanks, for which anti-tank warfare is a priority. To perform a combat mission under these conditions, the tank needs at least not to be destroyed or incapacitated before it can use its considerable firepower. And as a maximum - to remain intact even after completing a combat mission. In other words, the tank must hit the enemy, not allowing themselves to hit. And for this, the crew has many opportunities.

Firstly, the survival rate of a tank on the battlefield depends on its mobility. It is worth saying that even with the current level of development of remote weapons (such as artillery and guided aviation weapons), it takes some time to detect a target (tank) before using it on it. While the tank - one of the most mobile types of military equipment, and even on difficult terrain. And active maneuvering on the terrain of tank subunits seriously complicates targeting those weapons of destruction that are not means of direct visibility (artillery and aircraft).

Secondly, in dueling situations with means of direct visibility (ATGWs, grenade launchers, and guns firing direct fire) the tank also has many chances to emerge victorious. And here, oddly enough, the advantage of the tank is not only that it is one of the most protected types of military equipment (except for armor protection, the tank has various types of active and passive protection). Fight on the line of sight - this is the task for which the tank was intended. And no other weapon of the so-called "direct shot" can match the firepower of a tank gun. It is capable of hitting any tank-dangerous target: infantry in open areas and shelters, firing points in buildings, artillery pieces and any armored vehicles, including enemy tanks. If the crew of the tank found the target in direct line of sight, a memorial service can be ordered for it. Thus, the effectiveness of the tank in direct combat depends on how quickly the crew will shoot. At the same time to detect the target modern tank has the perfect means. But the guidance of weapons, including ballistic calculation, is almost completely automated. On domestic tanks, loading is also automated, which reduces the time before re-firing and increases the already serious firepower of domestic tanks.

Thus, the effectiveness of tanks in combat is very much dependent on the speed of the crew. A standard combat cycle (movement — target search — gun pointing — shot — motion) should take as little time as possible. This is true for a battlefield of any nature: and for open terrain, where the tank must actively move while simultaneously conducting reconnaissance of targets; and for combat in difficult terrain, including urban development, where the tank must spend the minimum time to exit from a protected position to the firing position, and to retreat back to a protected position.

Therefore, it is crucial that the crew not only have a good driving skill and know how to shoot well. It is important that his actions are coordinated in a single combat cycle and fast, so that the operations of all crew members are worked out and are aimed at the speed of hitting the target. And tank biathlon is just that kind of combat training that fulfills these crew skills. And sports competition here will be only a plus. And the fact that tank biathlon will now become one of the types of training will directly affect the quality of combat training.