A sharp turn of Georgian politics: Ivanishvili is going to leave

26 2013 June
32
Sensational information the other day came from Georgia. More precisely, it came from Estonia, but directly concerns the state of affairs in the Georgian government. The fact is that in his interview to one of the Estonian publications, Georgian Prime Minister Bidzina Ivanishvili stated that he was going to leave his post in October of this year. He links his forthcoming resignation from the post of the actual (constitutional) head of Georgia Ivanishvili with the final completion of the term of office of the current President of the country, Mikhail Saakashvili. In fact, the term of Saakashvili’s presidency has already expired, but it is in October that the country is expected to have another presidential election, after which Saakashvili must retire. 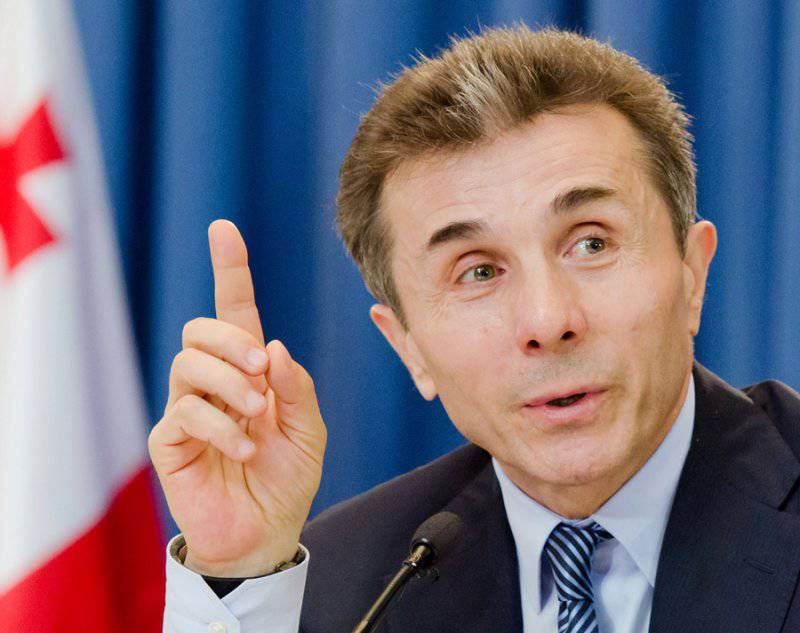 Bidzina Ivanishvili said that after Saakashvili’s resignation from his post, he no longer intends to hold the office of prime minister for more than a few days. According to him, in October, “pure people, democrats” will take places in power, for which he (Ivanishvili) will do everything in his power. Continuing to develop his thoughts on the October withdrawal, the current head of the Georgian cabinet of ministers said that a completely different situation would appear in the country after the presidential election (and, apparently, a positive note from the author), and he (Ivanishvili) would no longer need Georgia’s help. After the resignation, the head of government himself plans to take up work that will be aimed at building a civil society in the country. What kind of post will give him the opportunity Ivanishvili does not specify yet.

Not a trivial decision Ivanishvili, is not it? What can it be connected with?

It is obvious that the acting head of the Georgian government is confident that in the presidential elections the Georgian people will support a candidate from the ruling party, which is the “Georgian Dream”, headed by Bidzina Ivanishvili. This candidate has so far designated George Margvelashvili. The premier’s confidence is due to the fact that opponents from the party chaired by Saakashvili have the lowest ratings for all history its existence. In particular, recent sociological polls in Georgia show that today Saakashvili is ready to vote for a candidate from the “United National Movement” about 9% of respondents.

But after all on candidates presidential elections from other political forces will be presented also. As one of the options - Nino Burjanadze, who has an impressive (double) experience of the acting president of the country. Now Burjanadze wants to perform such duties not for two months, as was the case in 2004-2005 and 2007-2008, but for a full time period.

Although, perhaps, Ivanishvili, speaking of the coming to power of “pure people, democrats”, had in mind a representative of any political party operating in the territory of the Georgian state, if only this force was not connected with the still active President Saakashvili ...

So, comes the new president - the current prime minister vacates his chair. What purpose can Ivanishvili pursue by his departure? At least two options emerge here. The first option is that Ivanishvili considers himself to have coped with the duties assigned to him. Well, here it’s like ... If these responsibilities were to move Saakashvili to the background, and an attempt to do everything so that he and his party lost the support of the majority (if this support could be at all), then Ivanishvili did it. But after all, by and large, the task of the Prime Minister, and even endowed with the constitution of Georgia with greater powers than the president, looks much more ambitious ...

In this regard, as a second option, related to the reasons for Ivanishvili’s possible withdrawal, there is an option in which the acting prime minister simply does not see the strength to solve the large-scale problems that Georgia currently has on its own. One of those problems that falls into the category, to put it mildly, intractable, is the problem of the territorial integrity of Georgia. To say that the Georgian authorities will do everything to return Abkhazia and South Ossetia back to Tbilisi’s womb, of course, is possible all the time - before lunch, during lunch and after it, but how to do it in reality? To venture a new conflict with Russia or come to terms with the current situation ... It seems that Ivanishvili understands that any decision on this most acute issue can aggravate an already not very calm situation in the country.

If you take a new power step (an attempt to join South Ossetia with Abkhazia), then this will result in a new bloody drama in the region. If you declare that Georgia refuses the idea of ​​reunification, then it will incur the wrath of the electorate, who clearly does not want the stupidity of the still incumbent president (the stupidity of the 08.08.08 sample) to finally turn Georgia into a territorial, sorry, stub in the Caucasus. You can certainly try to arrange an infinite talkative, continuing, say, to maneuver: to repeat that Abkhazia and South Ossetia will definitely be part of Georgia, but at the same time put all measures for another leadership, because there is another controversial issue at stake: getting into NATO.
In all likelihood, Ivanishvili, and decided that it would be better to prepare this new manual now, and to retire himself for the free-lance social activist himself. From this position it is much easier to assess the political processes in the country.

By the way, Mikhail Saakashvili was not slow in responding to Ivanishvili’s statements:

Politics is not a kindergarten. This is a very serious thing. Politics is connected with the fate of each person, with the long-term development of Georgia, its future.

Apparently, Saakashvili continues to sincerely consider himself a man who stood and stands in the way of the “long-term development” of Georgia. They say that I have been coping with Georgian problems for two terms in a row (only the number of problems from this only multiplies, - author's note), and Ivanishvili surrendered to political difficulties.

Such statements about the decision of Ivanishvili the Georgian president expressed against the background of the desire of a group of deputies from the ruling party to begin the impeachment procedure in his own respect. It is reported that the deputies will take the first steps to start the procedure already this week. Whether this procedure will end in real impeachment is unlikely. After all, until October there is not much time left for the deputies. And if the impeachment really takes place, and Mikhail Saakashvili is “gone” before the onset of October 2013, then really Ivanishvili so soon wants to replace himself with someone at his post. Why such a hurry? Or did Ivanishvili really understand that today's Georgian prime minister’s position is beginning to resemble a shooting party: where do you throw a wedge everywhere? Well, well - the road to the Russian market has opened for the Georgian wines, fruits and mineral waters - and that's enough ... The very thing for the person who puts business at the fore ...

But will the Georgian Dream itself not lose from the decision voiced by Ivanishvili? Or, Ivanishvili decided to create intrigue around the presidential election, capturing the sounds of reaction not only from Georgia itself, but also from outside its borders ...

Ctrl Enter
Noticed oshЫbku Highlight text and press. Ctrl + Enter
We are
Ivanishvili told the terrible truth about Russia, or Two of the Georgian casket ...Saakashvili leaked, or Bog for Bidziny
Military Reviewin Yandex News
Military Reviewin Google News
32 comments
Information
Dear reader, to leave comments on the publication, you must to register.