Ukraine will supply flying tankers to China instead of Russia 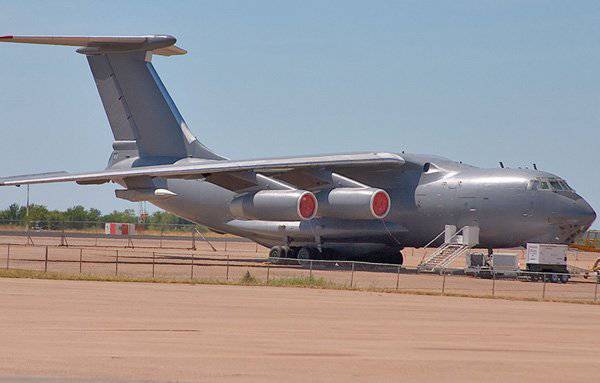 Ukraine will supply flying tankers Il-78 to China instead of a failed contract with Russia.

The contract with China was concluded in December 2011 of the year, during the stay of the previous Minister of Defense Dmitry Salamatin at the helm of Ukroboronprom. The contract for the total amount of 44,7 million dollars involved the delivery of three Il-78 tankers to China (after carrying out their repairs) and the corresponding aviation assets.

It should be noted that, at present, the only commercially produced aircraft in China, the H-6U tanker based on the Tu-16 bomber, is hardly capable of effectively refueling heavy vehicles. There are also plans to build a heavy Chinese tanker aircraft on the basis of the promising military transport aircraft Y-20.

The contract with Ukraine was concluded after complications with Russia. The fulfillment of the contract for the delivery to China of 34 of Il-76MD and 4 military transport aircraft of Il-78 tankers is actually frozen.

"The contract for the supply of Il-76MD and Il-78 aircraft to China has almost been stopped today," Viktor Livanov, Director General of the Ilyushin Aviation Complex, told Interfax-AVN.

According to him, the delivery of aircraft at the price specified in the contract will lead to huge losses. "At present, the issue is being discussed, including with the Chinese side, how to ensure the fulfillment of the contract in the current situation," said V. Livanov. At the moment, China receives a restored IL-76 from the Russian Air Force and a commercial company from Belarus.

At the end of 2005, another aircraft (No. 76759, serial No. 64-10) was sold in the United States to North American Tactical Aviation Inc., receiving the American Civil Registration Number N78GF. According to some reports, it is used there to assess opportunities. aviation potential adversaries. Another such aircraft (No. 76767, serial No. 65-10) is currently undergoing pre-sale training at the Kulbakino airfield and will also go overseas after some time.

Another former tanker (No.76721, serial No.56-07), devoid of aerial refueling system and other military indications, currently has documents for an IL-76TD cargo aircraft and is operated in the interests of the Angolan government under the registration number D2-FEW.

Another IL-78 converted into a cargo plane of the state enterprise of the Ukrainian Ministry of Defense “Ukrainian Aviation Transport Company” and had a registration number UR-UCI (formerly UR-76415, serial No. XXUMX-61), 10 in July 17 crashed near Eritrean the capital of Asmara. Two other ULTR-owned former IL-1998 converted into cargo aircraft, UR-UCG (UR-78) and UR-UCF (UR-76414), according to the order of the State Aviation Administration of Ukraine No. 76412 from 559 August 13, including a large number other aircraft equipment are excluded from the state register of civil aircraft of Ukraine due to the fact that they were not issued airworthiness certificates or flight permits for 2008 months. Both are currently at the airport "Zaporozhye".