Descendant of the Decembrist - a resident in the United States 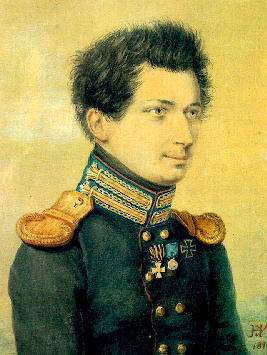 In January, an article appeared in the Washington Post newspaper 1982, stating that “after a six-year stay on the shores of the Potomac, one important but least known person in the city leaves Washington. Very few people know his name, his work is conducted solely in the shadows, but perhaps there is no other person in the country whose innermost secrets the US government would like to master. ”


This man, listed by the diplomatic reference book as advisor to the USSR Embassy, ​​was a resident of Soviet foreign intelligence in Washington, Dmitry Ivanovich Yakushkin.

His great-great-grandfather Ivan Dmitriyevich Yakushkin, mentioned by Pushkin himself in Eugene Onegin, was a hero of World War 1812 of the year, Decembrist, captain of the famous rebellious Semenov regiment who brought his 14 soldiers of December 1825 of the year to the Senate Square and received 20 years for them. At the meeting of the Decembrists at Muravyov, he volunteered to kill Alexander I, which gave grounds to Pushkin, who told in the tenth chapter of the novel about this meeting, to write:

Each of the descendants of the Russian patriot at different stages stories He sought to honestly serve the interests of the Fatherland. So, the grandfather of the future intelligence officer Vyacheslav Yakushkin before the revolution was a prominent historian and one of the leaders of the Cadet Party. All his life he followed the precepts of his ancestors to serve the Motherland honestly and Dmitry Ivanovich.

Dmitry Yakushkin was born 16 May 1923, in the city of Voronezh, in the family of an employee who later became a famous academic plant grower. With the beginning of World War II, 18-year-old Dmitry volunteered for the Red Army and served in it until 1947. He was a member of the Victory Parade.

After graduating from the Economics Faculty of Moscow State University in 1953, he worked in the system of the USSR Ministry of Agriculture as Assistant Minister I.A. Benediktova.

In 1960, Yakushkin was sent to work in foreign intelligence. He graduated from the Higher Intelligence School of the KGB. From 26 years of service in intelligence, he spent a total of 14 years working overseas in the United States of America.

In 1963, the first long overseas business trip followed — an ordinary intelligence officer, a resident employee in New York. During the trip, Yakushkin achieved specific recruiting results. His work was awarded the medal "For Military Merit." Subsequently, Dmitry Ivanovich said that out of all state awards to him more than the others was this modest medal, received at the very beginning of work overseas as an ordinary intelligence officer.

Returning to Moscow in 1969, Yakushkin worked at the Central Intelligence Agency as deputy head of the US department. Later he was promoted to the post of head of another independent department of foreign intelligence.

Recalling his comrade, the SVR veteran, Vadim Kirpichenko, who worked as the first deputy chief of foreign intelligence for twelve years, said:

“In intelligence, Yakushkin was loved despite the fact that sometimes he furiously scolded his subordinates. But in these dragging out there was no rudeness, much less any rancor. For his eyes, he was affectionately called Dima, despite the rank of general and high official position of the department head ...
From ancestors Dmitry Ivanovich inherited a large library and name. But not only that. There was some kind of being in him, an impressiveness, a manner of behaving with dignity and a particularly respectful and noble attitude towards women, regardless of their age and appearance. ”

1975 to 1982 year D.I. Yakushkin headed the foreign intelligence station in Washington. Dmitry Ivanovich himself later told about his appointment to this position as follows:

“5 December 1974, without any explanation of the reasons, summoned me to the intelligence leadership. When I arrived, I was informed that, together with the intelligence leaders, I would have to go to the KGB chairman, Yuri Vladimirovich Andropov, who was at that time in the hospital, where he worked. Nobody explained the reasons for the call to me, and I could only guess about it. Upon arrival, the leaders immediately went to the ward of Andropov, and I was asked to wait. After some time I was invited there. At first, Yury Vladimirovich leisurely treated me to tea with bread crumbs and dryers. Then, asking a few questions about the work of the department I headed, suddenly said that there was a proposal to appoint me as a resident in Washington. Thanking for the trust, I found it possible to remind Yuri Vladimirovich that when I was appointed head of the department, he called the five-year term of work in this position. To this Andropov, in a joking tone, replied that since he himself had given such an order, he himself cancels it.

In any country, being a resident is considered prestigious in intelligence. Especially when it comes to one of the leading powers in the world. Therefore, I met the appointment in Washington with great satisfaction. ”

The daily routine of a resident intelligence officer began, which faced extensive and multifaceted tasks. The main one is the daily management of the work of the team of Soviet intelligence officers. In addition, the resident should know well enough the foreign and domestic policies of the country of his stay in order to evaluate it correctly and be always ready to answer the Center to his questions.

Intelligence leadership was not mistaken in choosing a resident. He has established himself as an excellent professional and leader. The main thing in the profession of intelligence Dmitry Ivanovich considered the ability to think. “A scout doesn’t necessarily have to shoot better or run faster than anyone. But he was obliged to “rethink” the enemy, ”such was Yakushkin’s professional credo. This he taught his subordinates. 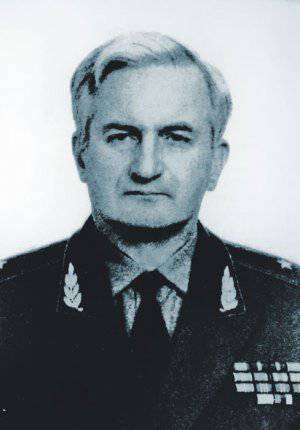 Give the floor again to Vadim Kirpichenko:
“The main merit of Yakushkin’s intelligence is that he knew the United States well and gave the most accurate predictions on the development of the domestic political situation there, as well as on the entire range of Soviet-American relations. In such cases, he never showed any naivety and excessive gullibility, and there was a very accurate calculation and forecast.

Back in the middle of 1970, he repeatedly told me: "Understand, you will not be able to be held as deputy chief of the board, unless you know the United States and you will not be in this country." And he pulled me out in the summer of the year 1978 in the USA, fully justifying the need for this trip.

During one of the many hours of conversations with Dmitry Ivanovich, I stressed that I was interested in his opinion on how the political elite and the US authorities relate to the USSR in reality and how will they build their relations with us in the near future? Yakushkin clearly and convincingly expressed his thoughts (I remind you that it was in June 1978):

“Americans never stop wondering how a backward, blunt and hungry Russia for four decades has become a superpower and militarily aligned with the United States. They will never be able to come to terms with this situation and will do everything to weaken their main opponent ...
Summing up all the information at our disposal, secret and not secret, he continued, I must tell you: Now the Americans are especially closely watching the internal situation in the Soviet Union, because they have come to the conclusion that our country is entering a crisis zone of its development. . This crisis is brewing in three areas. First, stagnation is occurring in the economic development of the country, the Soviet economy is simply unable to reap the benefits of the world scientific and technological revolution. Secondly, in the republics of the Soviet Union, the germs of nationalism are gaining strength, and in the near future there will be separatist tendencies. Third, the dissident movement in the USSR, and especially in Russia itself, is also gaining strength and becoming an irreversible phenomenon.

Paying tribute to the experience and conviction of our resident in Washington, I brought his thoughts to the attention of intelligence management and then found more and more evidence of these predictions in our reality. Apparently, something from the side, from across the ocean, was peeping better. ”

WORK IN THE CENTER

Returning to Moscow, Yakushkin worked for more than four years as chief of the US foreign intelligence department. He traveled to many countries in Western Europe, where he performed important tasks.

Dmitry Yakushkin himself believed that the intelligence officer must necessarily love the country where he works. Regardless of whether it is in Africa, in Europe or in America. Otherwise, it is impossible to objectively evaluate the country and all events occurring in it. In one of his few interviews, he noted: “I have worked in the United States for a total of 14 years. I dare say that I know the pros and cons of this great country. I remember her beautiful cities well, I remember how I sincerely rejoiced at the achievements of the American people in science, technology and construction. But I know both the evils and the chronic shortcomings of America, which cannot be ignored today, when, due to our plight, we immensely idealize the American way of life. ”

A man of rich spiritual generosity, honest and principled, a true Russian intellectual, Dmitry Ivanovich was deeply respected in the team. He was a great book lover and in his free time he loved to go through second-hand bookstores and delve into books. He preferred the memoir literature of the period of the Civil and Patriotic Wars. Buying new books, he read them with greedy interest, and some postponed until better times and dreamed of putting his huge library in order.

After retiring in the year 1986, D.I. Yakushkin worked in the ITAR-TASS agency, being his political and diplomatic observer. He creatively realized his vast foreign experience, versatile knowledge in the field of international problems in the journalistic field.

8 August 1994, Dmitry Ivanovich died. He was buried at the Novodevichy cemetery in Moscow.

In November 1992 of the ITAR-TASS channels from Rome received a message that the Italian newspaper Stampa published excerpts from Ronald Kessler's CIA Inside, which claimed that the American counterintelligence had attempted to recruit a Soviet resident in Washington, offering him for treason 20 million. The publication said: "The agents of the secret service went to contact with Yakushin in a supermarket in the US capital, but the spy from Moscow refused." The most accurate in this quote is a categorical refusal of a scout. True, the scene is also indicated correctly. Shortly before leaving the United States, Yakushkin and his wife went to the supermarket. When his wife moved to another department, he was approached by a man who introduced himself as an employee of the FBI. Putting two cabbages on the counter, Yakushkin checked his ID, after which the FBI man made him an offer to cooperate with American intelligence and invited him to meet with the FBI leadership in Washington. Yakushkin replied that he was ready to meet, but only in the building of the USSR Embassy. It is clear that such a response “invitation” was never accepted ...