24 2013 June
6
The article is posted on the rights of information cooperation.

11 June 2013 - Wargaming, a leading developer and publisher of online games, announced the start date of the open beta test of the military-air MMO action game World of Warplanes. 2 July 2013 of the year will be transferred to a new stage of development. 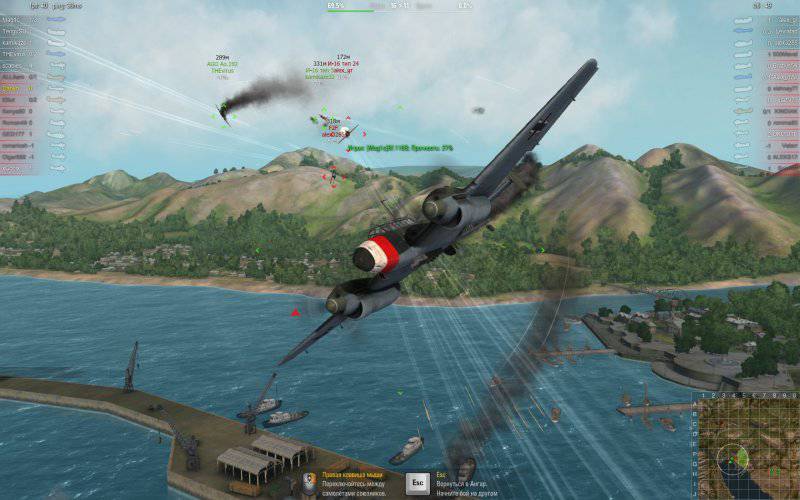 The new project from Wargaming will provide virtual pilots with the opportunity to fight against each other in tough air battles on the winged legends of the 1930's period - 1950's made in Germany, USSR, USA and Japan. Air superiority will depend not only on flying skill, but also on the coordinated work of the team and competent tactical interaction.

At the open beta test stage, a number of new elements will appear in the game, including various tactical tips that will help pilots familiarize themselves with the basics of air combat. New crews and skills will be introduced, as well as a unique in-game training mode. Players will have access to consumables and premium weapons. There will be two new game locations.

“Wargaming is pleased to announce the start of open beta testing of World of Warplanes,” says the head of the publishing division, Andrey Yarantsev. “The closed beta test was successful, and the feedback from our testers had a positive effect on the development of the game.”

“We look forward to when players will have the opportunity to use a single premium account, which will allow all our games to a new level of convenience,” added Yarantsev.

Wargaming is one of the world's largest publishers and developers in the free-to-play MMO market. The company was founded in 1998, and during that time managed to turn from a group of enthusiasts into an international corporation with 1600 employees and has released more 15 games.

Wargaming is currently working on a military series of MMO games dedicated to tank, air and sea battles of the middle of the XX century. The flagship project of the company, the tank action of World of Tanks, managed to win many awards from leading gaming publications and become one of the most successful MMO projects, aerial World of Warplanes is on the list of the most anticipated releases of 2012, and the third in the series of the World of Warships project dedicated to warships, scheduled for 2013.