Not far from Israel, the ship of electronic intelligence of the Russian Navy runs 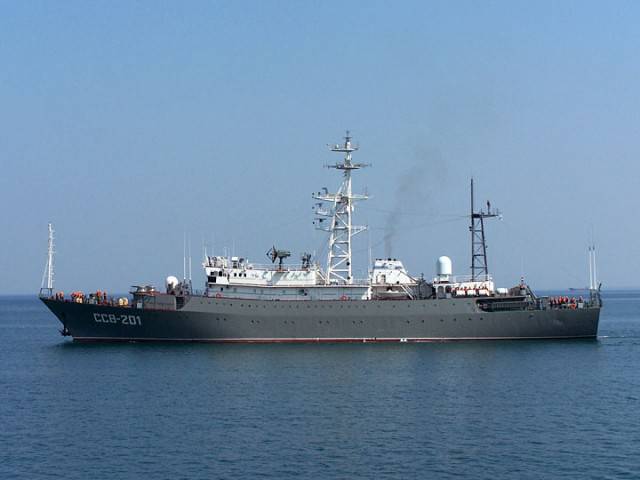 The Israel Defense portal reports that in the Eastern Mediterranean the last two weeks the average reconnaissance ship of the Black Sea fleet Russian Navy "Priazovye".

According to the portal, the ship with the hull number CCB-201 10-June of this year came from the Black Sea to the Mediterranean and was already in the region during the IDF major exercises of all arms.

The author Ronen Solomon argues that the task of "Azov Sea coast", equipped with modern means of electronic intelligence, is to monitor the situation around Syria to advance to gather information about possible actions and NATO armies of Israel against the regime of Bashar al-Assad.