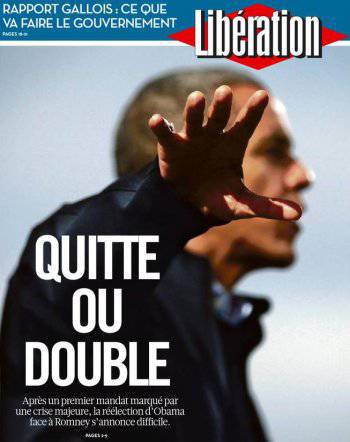 History around Syria demonstrates one thing: any, even the most erroneous, strategy is better than its absence. So spoke my American friend, in the recent past, a high-ranking diplomat, with whom we recently discussed the actions of the leading powers in connection with this conflict. By “most erroneous,” the interlocutor, it is true, had in mind precisely Russian politics, but he was outraged by much more US behavior.


They say that Moscow adheres to an outrageous line, supporting a disgusting tyrant, but does it skillfully, consistently, understanding what it wants. Washington has neither the first, nor the second, nor the third.

One can argue about Russian goal-setting, but the steps of the other powers involved really make a strange impression. Syria’s discussion at the G-8 showed that no one is willing and willing to interfere, but in order to somehow disguise this fact, threatening statements are made to both Damascus and those who are behind it (read Russia). Since statements are not accompanied by meaningful actions, the effect ultimately turns out to be the opposite. Those who call for immediate action are even more outraged, those who, in theory, should be frightened and calm down, begin to behave more confidently.

The defining position is that of Washington, which by hook or by crook is trying to evade making decisions. Barack Obama's announcement a few days ago of intent to deliver weapon The rebels had already been proclaimed a turning point in the war, but in reality it was slurred. Numerous reservations (certain types of weapons, only to moderate opposition members, if political and diplomatic measures do not work ...) blur the effect. Moreover, the blow was incomparably weaker than the swing. A couple of months ago, Obama said that the use of chemical weapons by Damascus would become a “red line”, followed by retribution. And everyone understood it as interference. Now it turned out that retribution for the use (which allegedly took place) is not an intervention, and this is the most half-supply of weapons ...

The main thing is that, despite the large-scale anti-Assad propaganda in the West, there are no serious political steps that could inflate the atmosphere around Bashar al-Assad and his regime and make him feel full-scale pressure. How this is done is well known, it suffices to recall the mental attacks on the authorities of Iraq and Libya, which preceded the interventions, the accusations of all mortal sins, the initiation of UN Security Council resolutions, etc. Now, with the exception of unintelligible and also rather sluggish accusations of using chemical weapons, nothing not. It is strange, for example, that neither the United States, nor the European Union, which is always concerned about the rights of others, set the alarm on refugees. (The UN cites more and more dismal statistics, but without a special reaction.) At one time, the refugee issue became the trigger for the escalation around the Balkans and twice led to military intervention. Syrians fleeing the war are already enough in all neighboring countries, and according to the previous logic, this would be enough to announce a humanitarian catastrophe or even, as some diplomats suggest, to accuse Assad of aggression. Waves of refugees spread throughout the region, and the Syrian president is responsible for what happens to him, and it can be represented that instability in neighboring countries is the result of his actions, and this is aggression.

Officially, it is impossible to conduct such decisions through the UN Security Council because of Russia, but to launch a campaign to form public opinion, the Moscow veto will not hurt, quite the contrary. However, instead of this, in Europe and especially in America, the Russian factor is used as a blessed excuse - to shrug and say that it is impossible to do anything. If Russia were a real obstacle, the pressure on it would be much greater.

Now, spells about Putin’s isolation at the G8 and the Kremlin’s loneliness in the face of general condemnation are in sharp contrast with the results of the official talks.

The Russian line of conduct is indeed an unusually direct one for two and a half years. All attempts by Western commentators to see “mitigation” and “greater flexibility” actually revealed just the flexibility on the opposite side - the American one. In addition to the reasons for stubbornness, which have already been written about more than once (the desire to preserve Syrian statehood, since any alternative to Assad does not look reliable, there is a much more banal desire to prevent the repetition of the Libyan precedent). And why, actually, Russia to change the approach? The defeat of Assad, which has long been predicted, does not occur. Noticeable determination to him this defeat is not visible. It is hardly possible to extract the benefits from the “surrender” of Assad - no bargaining, besides a fair of ambitions and vanity, is on the Syrian issue. By the way, for the United States, in fact, success in Syria is not so important that Washington is ready to go for complex exchanges in a wide range beyond this topic. So there is no reason to change. Unless, of course, you begin to be guided by the pretentious rhetoric about the freedom-loving people who are suffering from the decapitated dictator, but it seems that those who draw it also do not believe in this simple picture.

However, the hopelessness of the Syrian situation is that Russia will not extract dividends from its own intransigence. A return to the former situation in Syria is impossible: even if Assad remains for a long time, the old country is no longer there. Forcing the parties to a peaceful dialogue, most likely, will not work: the peace conference is being postponed from month to month. The chances of a military victory of one of the parties are minimal - here the external forces that have put on Assad and his opponents will simply lay bones so as not to lose. Thus, a serious supply of weapons to the rebels can become a reality if there is a threat of their defeat by the government army. This will not allow neither America nor Europe, nor the monarchies of the Persian Gulf. Likewise, the opposite: Russia (and Iran) will not allow Assad to weaken enough to start losing. More likely to be a rise in foreign participation in the form of various kinds of mercenaries like Hezbollah on the part of the government or jihad warriors on the part of the opposition. This will only emphasize the regional nature of what is happening, in which external forces have limited influence.

The Syrian war includes many dimensions of the current international situation, and one of them is the evolution of American politics. After the breakthrough to hegemony, undertaken in the first half of the 2000-s, a rollback began. The withdrawal from Iraq was followed by the emergence of the concept of “leadership from behind the scenes”, an indirect involvement tested in Libya. Now there is no him, there is a desire to delay the time to find a justification for non-intervention. It is noteworthy that another more than a significant event took place this week: it was announced that the United States was beginning direct negotiations with the Taliban on the future of Afghanistan.

Nearly 12 years after the American forces had removed the Taliban from power, they were actually starting a conversation about transferring it back. The disappointing outcome of the long-term campaign, but, most importantly, is quite a clear signal to recognize the limits of their own capabilities.

Now we should watch Iran: will the White House try to take advantage of the advent of the "reformer" to break the deadlock and begin reconciliation with a sworn enemy.

Taking advantage of the beaten phrase of Chancellor Gorchakov, America is focusing. For its future positions in the world, Syria and even Iran are less important than the creation of the economic community of the USA and the EU, which the countries concerned announced at the G8. If this succeeds, and there are enough obstacles here, then the possibility of a new “West” to influence world processes and impose its own rules of the game will increase dramatically. Regardless of how many more victims the Syrian war will bring and how the Sunnis and Shiites will divide the Middle East.