25 2013 June
29
Sniper weapon recently becoming the most popular among people who are addicted to the study of handguns. In general, in this phenomenon, everything is clear and logical. For many years, we have been imparted that the loner-hero can do everything, and the sniper is in itself the most close to this not very truthful image, even despite the fact that he alone works very, very rarely. A major contribution to people's interest in sniper weapons was recently made by Tsar Cannon and Orsis, showing unprecedented characteristics of their samples, and the phrase “having no analogues in the world” again made us believe that we are the best and ahead of the rest. But, unfortunately, not everything is as perfect as a man in the street can imagine. 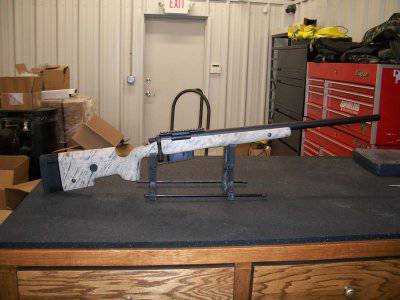 First of all, it should be noted that high-precision weapons are a very expensive tool, and ammunition of a corresponding quality is quite expensive. At the same time, it is necessary to understand that such a weapon is needed far from all tasks, but only for very, very rare ones. Of course, it’s not bad when the characteristics of a weapon have a reserve in their characteristics, but when you need to pay 5-10 more for this stock, you should set the priorities correctly. In the end, you can simply see what armies of other countries are arming with and see that high-precision long-range weapons are not at all as common as they seem, but models and manufacturers who are ready to provide their samples are above the roof. For example, we can note a small, but rather well-known in narrow circles company with a big name Surgeon Rifles, which is engaged in the manufacture of precision weapons. 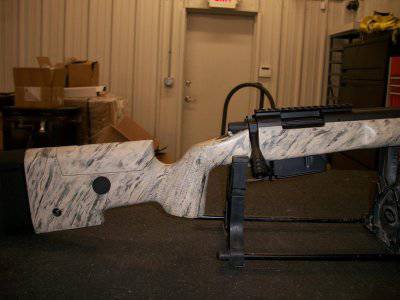 The characteristics of the products of this company are really impressive, but only those who are directly confronted with such weapons have heard about it, neither computer games, nor cinema will simply advertise products. However, this is the very rare case where the characteristics of a weapon are more important than any advertising, anyway, the target audience is very small. And if you look for other weapons companies producing high-precision weapons, you may find that there are very few large companies. The cost of development and production is very, very high, and the profit is not so great despite the high final cost of production, because large weapon companies rarely are interested in the production of such weapons, unless a large order is seen in the distance, and because of the specificity of the weapon, they are rare . 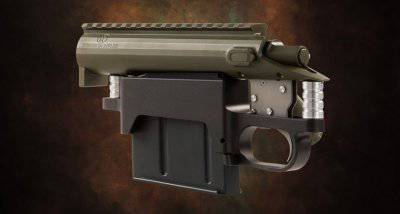 Among the products of the company Surgeon Rifles there is no finding a self-loading weapon, only “bolts”, since not a single self-loading rifle can provide high accuracy - the operation of the automation system affects the impact of the hit. Actually this can be observed in other companies engaged in the production of high-precision sniper rifles. List all the samples produced by the company, in principle, it is meaningless, since almost all of them are built on the same principle, debugged a few decades before the ideal. All the difference lies in small solutions that increase the ease of handling and transporting weapons, as well as fitting parts.

The accuracy of Surgeon Rifles rifles is 0,5 angular minutes or less. On the one hand, 0,5 MOA is a result that will surprise no one, on the other hand, there are plenty of examples where a weapon with higher accuracy shows itself to be unreliable.

Very good fitting of parts is certainly wonderful, but at the same time a few grains of sand can cause the weapon to fail at the most inopportune moment or the movement of the bolt will be difficult. Of course, there are solutions that can ensure reliable operation even of the fitted parts, but they also affect the accuracy of the weapon, not to mention the fact that they increase the cost of the final product. Thus, the creation of a highly accurate, reliable sample is almost impossible, because everything depends on the balance between accuracy and reliability that Surgeon Rifles has found. 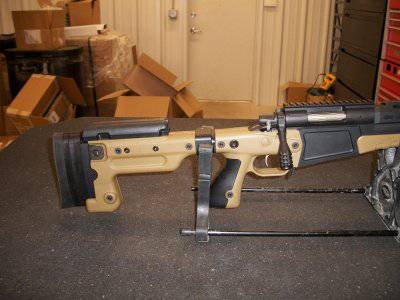 It was the idea of ​​the balance of weapons that became the basis for the man who created Preston Pitchett's Surgeon Rifles. Seeing that there are rifles on the market, which have perfect reliability, but lack of accuracy and vice versa, an idea emerged to find a middle ground that came true at the beginning of 2001. Since then, the company has won a significant share of the market for high-precision sniper rifles and not only for the civilian market. Skillfully feeling the new trends of the weapon fashion and observing all the novelties, the Surgeon Rifles company not only does not give up its positions, but also develops on the contrary. Creating samples of weapons for the most promising ammunition, the company fully meets the needs of the civilian market for people who love to shoot accurately and far, and the fact that the company does not forget about the older cartridges, provides it with stable orders from the US Army. 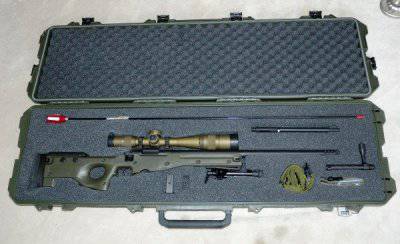 As an example, we will try to consider one of the rifles of a company that is chosen at random - the 6XC Scalpel A-5. The rifle has a polymer bed, buttstock is adjustable in its length and height of the cheek support. The original decision was to compensate for the absence of a freely hung barrel with its thickness, which significantly increased the weight of the rifle, but at the same time added accuracy. The rifle barrel itself is 26 inches long. The shutter has spiral valleys that ensure the reliability of the weapon when contaminated. The receiver has a mount for an optical sight, the weapon has no open sights. Bipods are mounted on the rifle's shank. The weapon is produced for several common ammunition, but there is no quick way to switch from one to another - the fee for accuracy.

Despite the fact that the weapon looks more like a civilian and at first glance you can not even realize that it’s a high-precision model of a rifle, the army and the police are quite successfully using it, not to mention the civilian market. Where this rifle has established itself as a great tool for recreational shooting, as well as hunting at ultra-long distances, which was quite a recent entertainment.

Naturally, there can be no talk that Surgeon Rifles will be the only leading company someday, too much competition among manufacturers, but the fact that Surgical Rifles are already some of the leaders is unconditional.

Ctrl Enter
Noticed oshЫbku Highlight text and press. Ctrl + Enter
We are
Rifle for professional sniperWhat should be a modern sniper (part of 1)
Military Reviewin Yandex News
Military Reviewin Google News
29 comments
Information
Dear reader, to leave comments on the publication, you must to register.