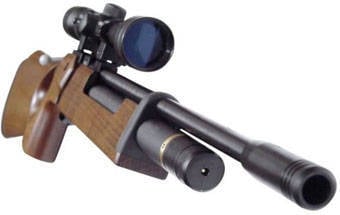 One of the most popular hobbies among real men is the hobby weapons. However, in our country this hobby is fraught with certain difficulties, since there is a legislative prohibition on civil possession and carrying of firearms. Firearms in Russia can be owned by representatives of hunting clubs, as well as by officers of special services and law enforcement agencies.
Most citizens can purchase airguns, a large selection of which is presented in the catalog. http://spb.aport.ru/pnevmaticheskie_vintovki/cid1361. One of the most popular types of airguns are rifles. And if earlier it was possible to buy exclusively domestic models, then today you can pay attention to foreign samples. In the specified catalog are rifles from different manufacturers.
One of the most popular air rifles is the famous Izh-38. Today this rifle is produced on "Izhmeha." With a length of 1 m 5 cm rifle weight is 2,7 kilogram. A distinctive feature of this sample is that it can only be fired with lead charges. Such a rifle can be used for hunting, but it has received its greatest distribution in various shooting galleries. The rifle, for obvious reasons, is charged manually, and is single-shot. The pull down force is about 2,5 kilograms. Today Izh-38 is often used for educational purposes. With their help, older students teach target shooting.
In various cities of Russia there are frequent competitions aimed at identifying the shooter who can hit targets with small-caliber weapons better than others. In this case, shooting is made not only from air rifles, but also from the same kind of pistols. In the catalog spb.aport.ru you can find useful information about pistol pneumatic, which is widely used in competitions.
Before the shooting, the athlete-shooter is usually issued 10 charges, five of which he must use for air rifle shooting and another five from an air pistol. The more points the shooter gains during such competitions, the higher place he will eventually take. Such competitions are often held under the auspices of manufacturers of pneumatic small arms. Competitions collect arrow from different regions of the country.
Ctrl Enter
Noticed oshЫbku Highlight text and press. Ctrl + Enter
We are
Berthier rifle - a rifle for the Zouav and all the restSVT. Career rifle
Military Reviewin Yandex News
Military Reviewin Google News