The construction of "Mistral" and the strange statements of officials

24 2013 June
73
Last week was rich on news about the Russian-French contract, implying the delivery of two universal landing ships (UDC) of the type Mistral. With a difference of several days, or even hours, several messages were received telling about the construction of the ordered equipment. At the same time, as has repeatedly happened before, the information announced was the reason for the continuation of long-standing disputes about the need for such ships. 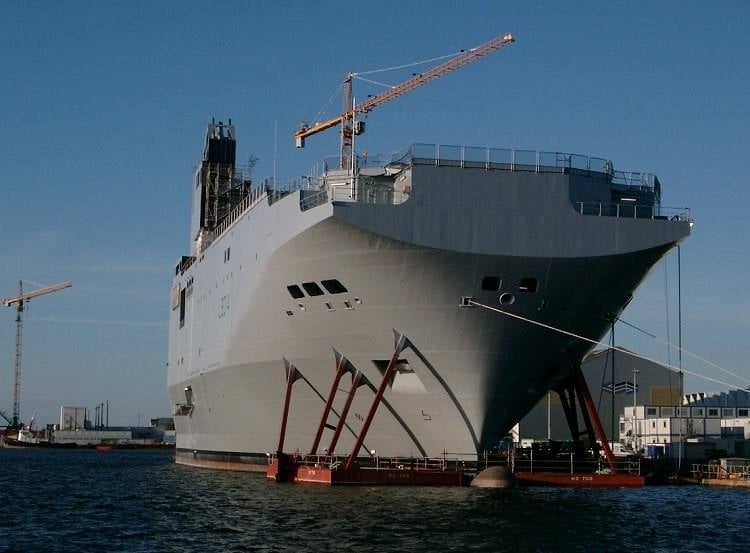 Perhaps the loudest news of the last week was the statements of the Deputy Minister of Defense of Russia Y. Borisov. An official from the Ministry of Defense announced the breakdown of a part of the project. According to him, the aft part of the hull of the first Mistral for Russia will not be built at Russian enterprises, but in France. As the reason for this, Borisov cited the sluggishness of the employees of the shipbuilding enterprise “Severnaya Verf” (St. Petersburg). This plant does not have time to fulfill its contractual obligations and therefore the assembly of a large aggregate will be entrusted to French shipbuilders. It is worth noting that this statement was made during the Le Bourget Air Show, held near Paris.

The news of the deadlines on the part of Severnaya Verf caused a lot of questions. First of all, for the reason that the construction of the aft part of the hull of the future ship “Vladivostok” is being carried out at the Baltic Shipyard. According to official reports from the United Shipbuilding Corporation, all assembly work is currently being completed. Already on June 26 installed on a special pontoon, the stern will be lowered into the water, and will be sent to France in early July. Of course, during the construction of such a complex unit there were some problems, but in the end everything was resolved and the construction would be handed over to French builders in accordance with the previously planned deadlines.

The further construction of the first Mistral for the Russian Navy will look as follows. By the beginning of autumn, the French shipyard in the city of Saint-Nazaire will connect the stern with the rest of the hull. The launch of the ship is scheduled for October. After that, installation of some systems and units will continue, which is planned to be completed next 2014. In this form, Vladivostok will be transferred to Russia, where it will be equipped with weapons. Ship transfer to naval the fleet scheduled for 2014-2015. Thus, all the work will take about 2-2,5 years, which may indicate a slight reduction in the construction period of UDC for Russia.

It is difficult to say for what reason there was a “sensational” news, in which the shipbuilding enterprise “Severnaya Verf” was mentioned. Probably, the Deputy Minister of Defense just made a reservation. However, further the situation developed in accordance with the well-known anecdote about proles and sediments: the real stern manufacturer Vladivostok was found, but its production success still cannot drown out the bewilderment from the original news.

It should be noted, Borisov told not only about some incomprehensible problems with the construction of the stern of the first ship. He also denied earlier reports of Mistral technical problems for the Russian fleet. According to the Deputy Minister of Defense, all the speculations about the performance of equipment in northern latitudes or the necessary fuels and lubricants do not correspond to reality. French ships fully meet the requirements for them. As for the use of such ships, such questions should be asked to the command of the fleet.

On the same day, June 18, another information appeared concerning Mistral. This time it became known about the beginning of the construction of the second amphibious ship for our country, which received the name "Sevastopol". The construction of this UDC will go according to the scheme already worked out: the majority of the structures will be assembled by the French, and several sections will be manufactured by the workers of the Baltic factory. According to reports, immediately after sending the aft part of Vladivostok to France, St. Petersburg shipbuilders will begin assembling the Sevastopol units. The transfer to the fleet of the second universal amphibious assault ship will take place approximately one year after the acceptance of Vladivostok. Both ships will serve in the Pacific Fleet. Previously, some sources claimed that the new ships could replenish the combat strength of the Black Sea Fleet, but this information was refuted.

Just a couple of days after the appearance of information about the failure of contractual obligations - 20 June - Deputy Prime Minister D. Rogozin arrived at the Baltic Shipyard. He personally inspected the constructed structures and dispelled all fears. According to him, the ship will be completed on time, and the production process is controlled by both the Russian and the French side. Such statements at the highest level look encouraging. However, this time it was not without oddities. Thus, the media quoted Rogozin, according to which the first "Mistral" will be put into service in October of this year. And again, as in the case of Yu. Borisov, questions arise concerning the essence of such a statement.

Perhaps Rogozin simply confused the naval terms and in fact meant the launching, which will take place in October. At the same time, such errors, which require a separate explanation, leave an ambiguous impression and do not contribute to improving the image of individuals and shipbuilding in general. Moreover, both reservations for the authorship of high-ranking officials sounded in statements on the same topic and for one week, which gives the situation a completely ugly look.

And yet, despite the factories that were mixed up and the ship’s construction stages, the Russian navy is gradually approaching the day when the first universal landing ship will join it. Our country has not yet had ships of this class, and it is the absence of ready-made projects, as we know, that was the reason for signing a contract with France. Initially, Russia planned to acquire four MDCs, but at the end of last year the plans changed a little. According to the modified plans of the Russian Ministry of Defense, our Navy will first receive only two ships. According to the results of the first years of their operation, a decision will be made on the need to purchase two more ships.

It is noteworthy that both Yu. Borisov and D. Rogozin, commenting on the construction of the new Mistrals, unanimously expressed the need for such a division of the series. Both high-ranking officials believe that the expediency of purchasing the third and fourth ships should be determined later when our country receives Vladivostok and Sevastopol. At the same time, spending on the purchase of all four ships has already been included in the state rearmament program. Borisov also noted that Russia, in accordance with the agreements reached, can choose a specific method of construction. The third and fourth "Mistrals" can be built according to the existing scheme (some parts of the building are built in France and Russia, and after assembly they are completed with factories in both countries) or only at Russian enterprises, or not at all.

As a result, if we discard all the strange statements, etc. dubious things, the situation with the UDC of the Mistral type, being built for the Russian Navy, looks generally positive. The construction of the first ship of the series will be completed in the coming months, and by that time full-scale work on the designs of the second will unfold. So far, there is no reason to doubt the observance of the deadlines for the completion of construction and the acceptance of ships into service. Hopefully, the current problems with the understanding of certain statements will remain the most serious obstacle to the international project, and the modern Russian warships will receive on time the Russian Navy. 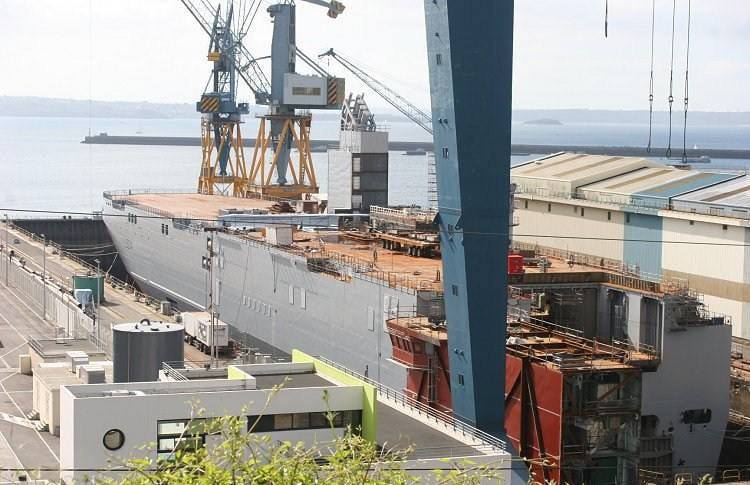 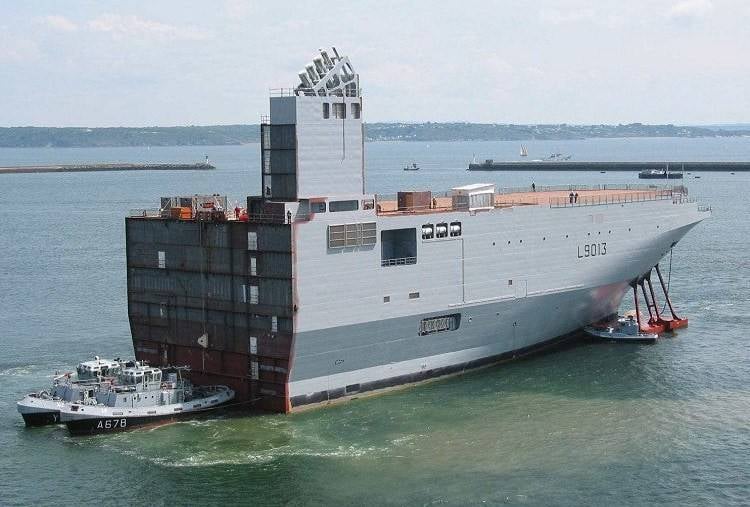 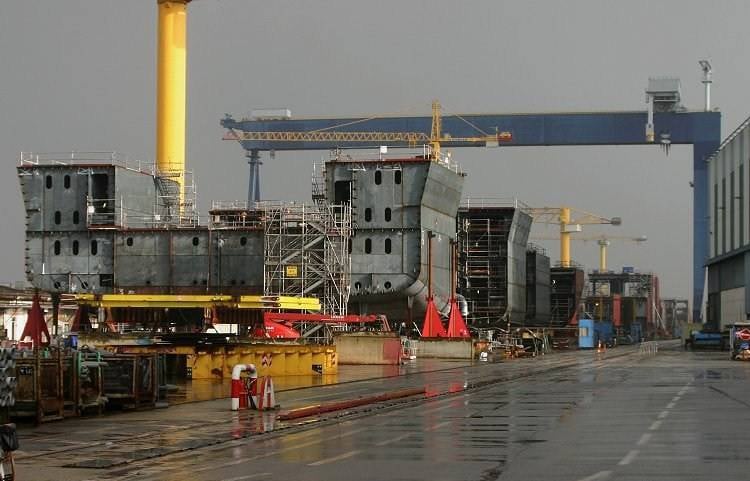 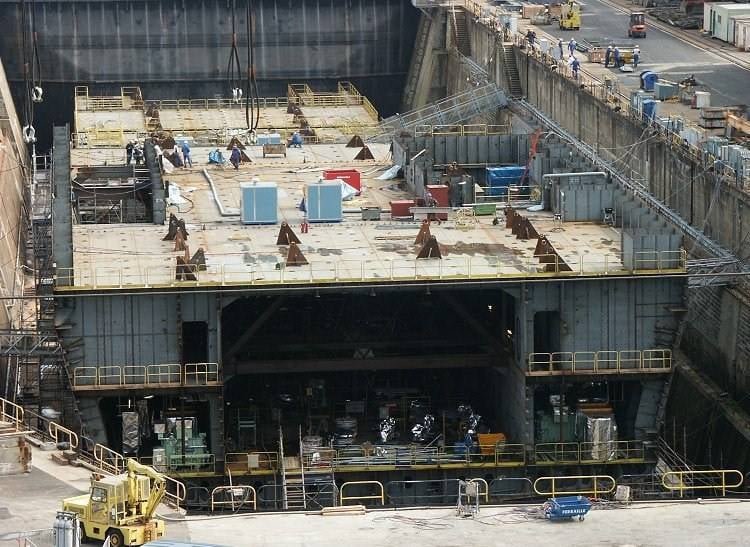 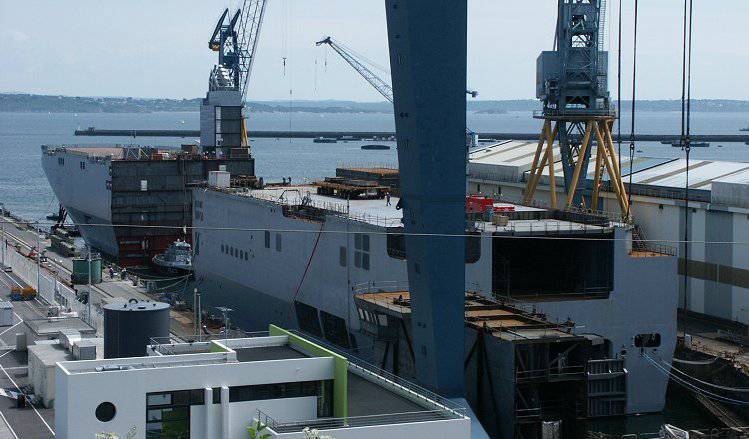 Ctrl Enter
Noticed a mistake Highlight text and press. Ctrl + Enter
We are
Another dispute around the "Mistral"The main competitor of Mistral
73 comments
Information
Dear reader, to leave comments on the publication, you must to register.