23 2013 June
77
June 22 is the day when the great struggle of the former Soviet Union countries against the brown plague of fascism began. Recently, opinions about this Great War diverge. But with the main thing - almost everyone agrees that fascism should not happen again. Moldova was under the occupation of the Romanian army, Hitler's ally. So what was at the time, the reunification of the two peoples or the occupation? 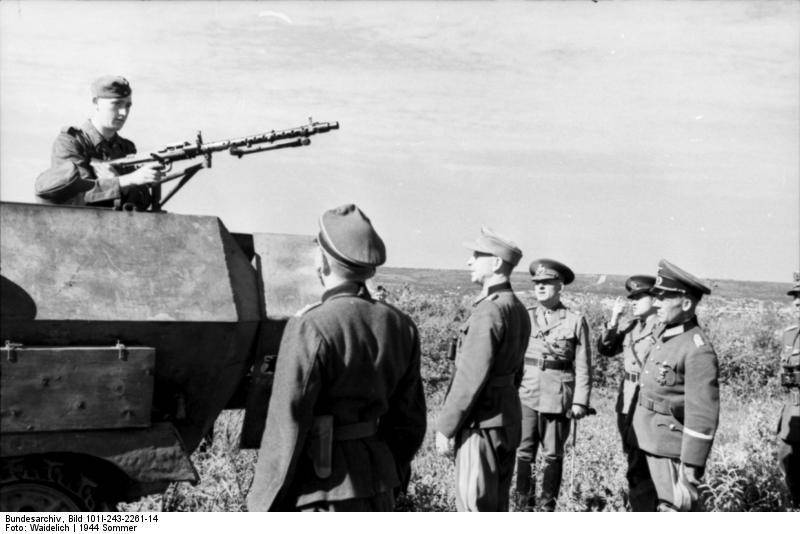 Romanian troops in the south of Moldova, 1944 year Photo from the Federal Archives of Germany

“This is our finest hour! I'm not afraid of that History call us barbarians. The Roman Empire at one time did a great deal of barbarism, and yet is considered the greatest state. I do not know when, maybe only in a few hundred years, the Romanian people will be given such complete freedom of action, such an opportunity for ethnic cleansing and national renewal ... And therefore, with full awareness of what is happening, I take full legal responsibility and tell you: the existing laws are not for existing laws don't oblige us! ”
Ion Antonescu Bucharest, 8 July 1941

In Bessarabia, in Bukovina ... Every new day is marked by new barbaric murders. New blood streams.

4 July killers entered the town of Hertz. Local Jews, who considered themselves “Romanians,” were delighted by the arrival of the Romanian army. Having dressed festively, they went outside the neighborhood to meet their “liberators”. The “Liberators”, too, were apparently pleased to meet with the Jews. They immediately forced all of them to strip naked, brutally beaten and shot.

On July 5, 460 people were killed in the village of Zhuchik-Nova, all Jews were killed in the villages of Hamnitsa and Drušanyna, and only one Jewish boy survived from 400 of the Jews in the town of Kosteshti. Left orphaned. 6 July in Chernivtsi simultaneously killed about 2000 Jews, in Edinet - 1000, in Novo-Sulitsa still 975 ... And on July 7 it was the turn of the Jews Perlitz, Lipkan, Falesht, Merkulesht, Floresht, Zbrichan. In Zabričany, people were first beaten with rifle butts, then hung upside down on trees, and only then shot. The 80-year-old Leib Kormansky, beaten to a pulpit, was thrown in the middle of the street, where, under the laughter and hooting of the mob, mounted gendarmes turned the body of an unfeeling old man into a bloody mess.

One of the Romanian officers, by his own admission, shot eight-year-old Jewish children eight times, and still could not kill the unfortunate child. In the end, the child was buried alive in the land. 15 July, a Jewish 123 was killed in Alexandrens, including 38 people who fled from the city of Balti. Witness of this crime - a resident of Alexandren Grigory Mosintsev told (10):

“My heart was breaking from shots and heart-rending screams ... Whole families were destroyed, neither the elderly, nor the children, nor even pregnant women were spared. In my eyes, the Rechtel family was killed: two 75-year-olds, a daughter of Rechtel, and a granddaughter of 4's months. Six people were killed in the Pepper family, including two children of 6 and 8 years, and Peretz's daughter-in-law was killed at the moment of childbirth ... "They say the Romanians did not kill ...

SOME POLICIES WANT TO UNITE TWO STATES.
WHO WILL OLD KEEP YOU EYE WON, AND WHO WILL FORGET BOTH!
THINK, SOLVE ...

Ctrl Enter
Noticed oshЫbku Highlight text and press. Ctrl + Enter
We are
Contrary to Nuremberg: new trends and forms of propaganda of fascismWhat you didn't want to know about England
Military Reviewin Yandex News
Military Reviewin Google News
77 comments
Information
Dear reader, to leave comments on the publication, you must to register.