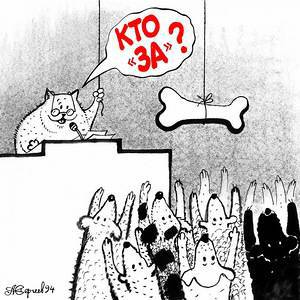 He is somewhat plump. But the noble gray hair and confident speech give him masculinity. Forty-five years to fifty. He came from a Russian province, where from the time of the Soviet Union he was active in youth Komsomol-party work. Hesitated along with the party line, being at its very bottom. Far below the belt. In the dashing nineties it was noted in the business in its small homeland, but somehow it did not work out. Then he confidently crawled along the road of devotion to the local authorities. He worked nicely in various "teams" of mayors and governors, and even visited local Dumas and Legislative Assemblies as an elected deputy. Of course, from the party that is currently in power. Remember, "Our Home is Russia", "Unity" and their subsequent creation?


During this period, our hero perfectly mastered the basic science of the future official of category "A". Namely: it is very convincing to change the point of view on the exact opposite. Simultaneously with the higher management (if the point of view has changed "at the top" or the "top" itself has changed). They are also well aware of the global principles of advancement into power: all unexpected and individual impromptu initiatives must be coordinated in advance with the direct leadership; the court, the CEC and law enforcement agencies are always crystal fair and never wrong (the same applies to the president and other superiors); one can argue only with the opposition (rudely and mockingly) and with subordinate officials (affectionately and fatherly), but even here the argument depends on the guidelines.

Favorite writers? He always calls Pushkin and Mayakovsky, but at the same time he internally panics, fearing further questions about their work. And, in general, she likes to tell that the best rest is in the evening with a book of Russian classics or kebabs with childhood friends in a wooden cottage in a remote province. In public statements, he very respects the generalizing words "we," "our," and "us," believing that this demonstrates the party-deputy unity.

Often he wakes up in a cold sweat and wakes his wife with the phrase "Masha, and if I renew a villa in Marbella for you and fictitiously divorce you, will you not throw me?" Morally suffers from the need to wear cheap watches at meetings and in public places, cursing observant journalists and occasionally wearing the favorite Patek Philip under a long sleeve. Is the same история and with a Porsche Cayenne made to order. He actively invests in children. Own, of course.

He is afraid of all kinds of presidential and presidential administrative initiatives related to the creation of new structures that may replace the ruling party or push its immediate curator from their homes. At the same time, he perfectly understands that he will have to actively support these initiatives in any case, even if it is a matter of rope and soap personally for him.

He created his Twitter and Facebook pages. For the sake of this business, the press secretary had to pay extra for night vigils on the Net. A couple of times in a drunken business I tried to write something on my own. After that, I received a lot of retweets and almost flew out of the Duma. More to the computer does not fit.

He considers the majority of his colleagues to be hardened careerists and in his heart chuckles at the delirium of some bills. However, this does not prevent him from going in a united ranks, proudly saying “we” and unanimously voting “for”.

And further. He will be fine. Is always. In any case.

Ctrl Enter
Noticed oshЫbku Highlight text and press. Ctrl + Enter
We are
About Stalin and KhrushchevVladimir Putin: Democracy and the quality of the state
62 comments
Information
Dear reader, to leave comments on the publication, you must to register.