How the US quietly robbed Europe and Russia 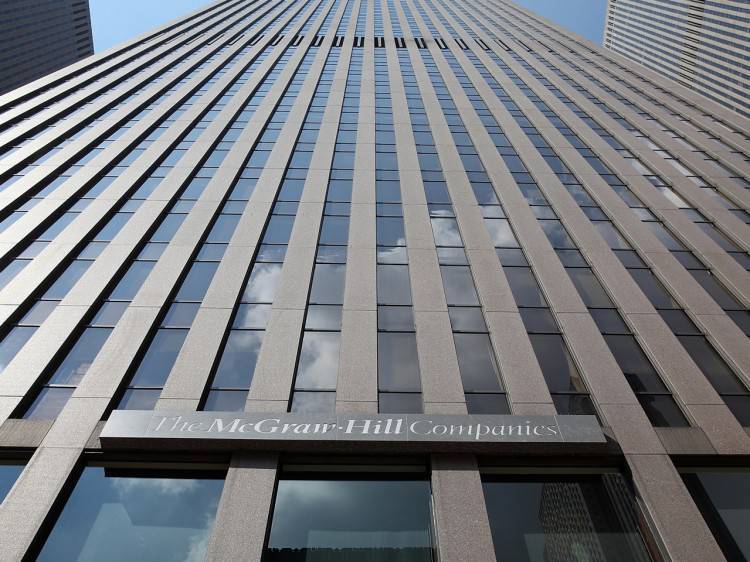 
The honesty, transparency and openness of the economy in the West have been talked about for quite some time, but for some reason Russia’s nose is poked, however, as recent events show, it’s time to poke the United States with your nose. One of the most famous companies in the United States has been practicing theft from two pockets, Russian and European, for many years. Are the US still robbing the EU and Russia? Yes! Will this go on and on?

Actually, the talk will be about one of the well-known American companies Mc-Grow Hills, or rather, about one of the divisions of this company. Widely represented in the media and real estate markets, it turned out to have more hidden opportunities to make money. This is one of the divisions of Mc-Grow Hills - the company Platts, which for many years is a kind of "determinant of the price of oil." To do this, the company has a specially developed technology that allows you to determine the price of oil. It would seem that in this bad? Streamlining prices makes trading open and fair. In fact, it was not so easy. Only the visible part of the iceberg is available to us, but in the part that is hidden from us, there are real civilizational battles for liberation from Western financial slavery.

For many years, EU financial regulators looked at financial markets and didn’t pay attention to the commodity derivatives market at all; it was considered self-regulating. Still remember, “the market will regulate everything by itself”. It turned out that if the market is a little help, then it will regulate as it should, and not as he pleases. Here, in order to help the market to regulate oil prices correctly, a two-way named Mc-Grow Hills was invented. A certain cunning technology rather confidently formed the price of oil, but, do not believe it, at some moment this state of affairs began to change. Something began to happen with Russian Urals oil.

Previously, it all worked this way: Since the 2002 of the year, Platts has introduced a new technology for determining the price of the Brent brand at the close of the market. This price was a benchmark and various indicators on various exchanges were calculated from it, and so on. The technology of calculating reference prices at closing was called MOC (Market-on-Close), which actually means “Market at the time of closing” in translation (of course, this is a price). We will not bore the reader with smart details, but in 15: 45 of each session day of the exchange Platts analyzed the data and already to 16: 30 gave the price of the day from the bush.

Then it was all the more interesting. The list of data used to determine the price of oil does not include the entire market, but only some companies that “want” to share this information. It was on the basis of their data that the “reference” price was derived. Only one-hundredth percent of price fluctuations responded with enormous consequences on the world market in terms of 200 billion barrels and worth 20 trillion. dollars. Almost 97% of transactions with crude oil, 80% of world transactions with energy carriers, 90% with oil products and derivatives in industry financial organizations are sitting on these indicators.

Meanwhile, the dark labyrinths of business have not ended here, from here they are just beginning. There is a certain Gunvor company on the oil products market, which, as offended traders believe, actively influences the price of Urals oil. Translated from the Old Scandinavian, also known as the Old Norsk, Gunvor means "fighting cautiously." The Economist, back in 2012, said that, starting from 2005 to 2009, Gunvor actively participated in shaping the price of oil more than 1200 times. The result of these interventions was a drop in the price of Urals oil and, as a result, a more competitive price compared to the Brent brand. In this situation, the western oil “failed”, while the Russian oil received an additional impetus. That is, in some way the company Cunvor worked for the benefit of Russia. Benefit she brought a very substantial, but why?

The answer becomes obvious after you know the details. Gunvor is headed by Russian businessman Gennady Timchenko and the Swede Torbjörn Törnqvist. And the name of the company itself is the maiden name of the mother of a Swedish businessman. It must be said that Mr. Timchenko, although he owns 50% of the company's shares, but is a junior partner. What this is done for is completely clear. Otherwise, all the media would immediately trumpeted that the Russians go and seize the entire oil trade. However, even without this, clucking in the media was enough. Over time, the hype around this company subsided, but the interests left it out of the market.

It is precisely with this that attempts to initiate lawsuits against the company and an evil growl from the “beloved radio” are linked. One of the employees of this radio, known popularly by the nickname Babac, recently again rinsed the “Putin Timchenko”, which in other matters she does with enviable regularity, depending on requests from the “western outskirts”. This is how short is the path from Mc-Grow Hills to the evil Babach, and from theory to the real plot. However, if Gunvor and influenced the prices on the market of petroleum products, the rest were just as good. Gunvor is doing the same thing BP, Royal Dutch Shell and Statoil are doing, and no less so. Recently, the offices of these companies were searched and partially seized documents.

The forerunner of these investigative actions was the International Organization of Securities Commissions (IOSCO), which launched an investigation into the fact of a conspiracy back in March of 2012. It is possible that of all the above listed companies, only Gunvor will be quite predictably guilty. Because the main goal here is to remove from the market the Russian representative of the trade in petroleum products. That is, someone really wants to return to the moment when the price from overseas was so well defined, and thus Europe received energy by 15% -20% higher than the American price, and try to find out where the money was going.

It should be understood that all this talk about market transparency and fair prices in stock trading is nothing more than a fiction. This is just a desire to cover up the eyes frara eared from Russia. However, as it turned out, Russians quickly learn to fight with their own weapons the enemy and own it better owners. The same third EU energy package is just a link from this chain.

Here I would like to briefly stop. Of course, this package contains a sensible idea - to separate the producer of hydrocarbons from the carrier, otherwise there will be no access to the pipe. Who, say, for example, will Transneft or Rosneft put into its pipeline? We are now talking about the territory of Russia. If another company owned or even commanded the pipe, small oil producers would have a chance for their own delivery and trade within the country, there would be competition that would disperse the funds from public to private hands. It would be more jobs. There would be competition in the domestic market. Now the means concentrated in the hands of the officials are a reason and a way for abuse. As for the external market, here the question of preserving the priority of the state is explained by the fact that oil is not only trade, but also politics, and politics cannot be let go of the state.

From all of the above, it becomes clear that the United States will be as much fooling the EU and Russia as they are allowed. Although it is clear that there is still a lot to do, but the fact that Russia affects the prices of its oil says a lot. Putin learned a lesson: “If Americans can drop the price of oil, they will definitely do it in order to cause financial harm to Russia, as it was before.” During the time of the Afghan war of the USSR, this was the absolute weapon of Brzezinski, which, coupled with the cost of the war, allowed the Soviet economy to collapse. Today this weapon is in the hands of Putin and, knowing this guy, there are doubts that he will now let him out of his hands.

Ctrl Enter
Noticed oshЫbku Highlight text and press. Ctrl + Enter
We are
A great interview with Sergey Lavrov: about Ukraine, Obama and IranWhat you didn't want to know about England
Military Reviewin Yandex News
Military Reviewin Google News
19 comments
Information
Dear reader, to leave comments on the publication, you must to register.