Russian against the Germans in the jungles of South America

25 2013 June
25
White emigration participated in several foreign wars, the bloodiest of them - between Paraguay and Bolivia in 1932-35 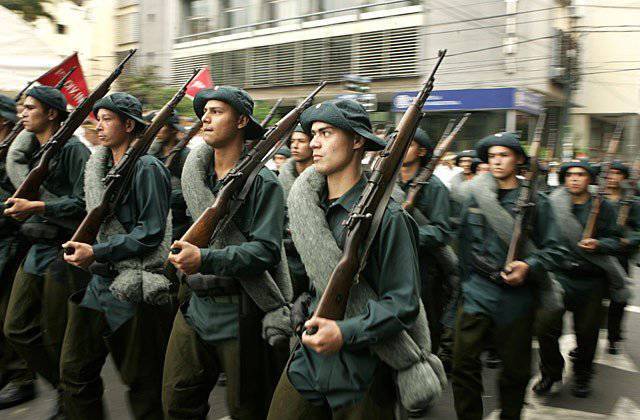 The consequence of the grand disasters of the First World War and the Civil War in Russia was the phenomenon of Russian emigration, which influenced the fate of many of the countries that adopted it. In the emigration it turned out to be a huge number of military men, and they had a great combat experience. And some of them began to look abroad for applying their abilities in their specialty. As a result, the Russians turned out to be participants in many foreign wars. In some of them, Russian white and Russian red faced - in Spain and in China. In most wars, only White Russians participated. And the outcome of some of them had a decisive influence, changing the course stories completely foreign countries.

Why did not develop the "Russian hearth" in Paraguay

One of such countries was Paraguay, where Russian General-Major Ivan Belyaev tried to create a “Russian hearth” - an enclave of “real Russia”, which was not gradually dissolved in the local population. Such a strange choice of place for the “hearth” was explained by the fact that Belyaev had been interested in Paraguay and the Indians living here from early childhood. In the spring of 1924, Belyaev reached Asuncion, the capital of Paraguay. He was immediately able to get a job at Asuncion Military School as a teacher of fortification and French. Through the Belgrade newspaper Novoye Vremya, Ivan Timofeevich sent an appeal to everyone who wants to live in a country where he can be considered a Russian, to come to Paraguay and create a national home there, in order to save children from death and corruption. But already in October, 1924, on the instructions of the Ministry of Defense of Paraguay, Belyaev was sent to the Chaco region (a region in the west of the country, which Bolivia also challenged). It was necessary to explore this area and try to establish a border with Bolivia, as well as choose places for the construction of at least some fortifications. Belyaev’s dream of creating the “Russian hearth” was frustrated (by this time only a few dozen Russians had arrived in Paraguay), but the childhood dream of the Indians came true. 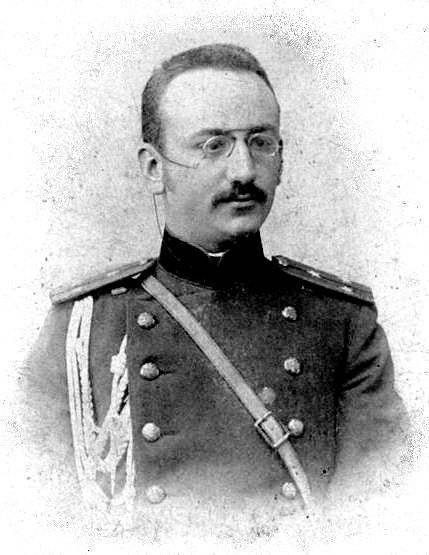 Having performed 13 expeditions to the Chaco region, Belyaev studied the life, culture, languages ​​and religions of local Indians, compiled the first dictionaries: Spanish-Mocha and Spanish-Chamacoco. And he became for the Indians not just his, but almost a god. He tried to introduce Indians to civilization not through violence, but through the principle of mutual enrichment of cultures.

Meanwhile, in Chaco, it seems, signs of oil were discovered, and this was a disaster already in that era. After that, Bolivia declared its sovereignty over Chaco. In 1928-29, the first, so far sporadic, military clashes began. The much richer Bolivia had a decent army by South American standards, even with tanks and airplanes. Paraguay, in fact, had only something like a people's militia of 3 thousand people.

Played for the First World

In June 1932, the Bolivians launched a “real” war. They went on the offensive, capturing a number of Paraguayan fortifications, which bore the high-profile name "forts". In response, Paraguay announced mobilization, bringing the strength of the armed forces to 50 thousands of people, most of whom were armed only with machetes, and the rifle fell on 7 people. In such a situation, the value of Russian military specialists has increased dramatically. Belyaev was appointed inspector of artillery at the headquarters of the commander of the Paraguayan troops in Chaco Colonel Estigarribia. But he was not the only Russian officer in the Paraguayan army. Someone came at the call of Belyaev, someone was in Paraguay before him. Among them was General Nikolai Ern, as well as Belyaev, who taught at the Military School, naval officers Nikolai Zimovsky, Vadim Sakharov, Yazon Tumanov. There were associates of Belyaev on expeditions to Chako, Vladimir Orefiev-Serebryakov, Alexander Ekshtein, and lieutenants of the Oranzheyev brothers. Major Korsakov and captain Kasyanov, captains Salazkin, Butlerov, Dedov, Chirkov, Shirkin, Vysokolan, lieutenants Malyutin, Kanonnikov, Chodolya went to fight. The Department of Cartography of the General Staff of Paraguay was headed by Nikolai Goldschmidt. 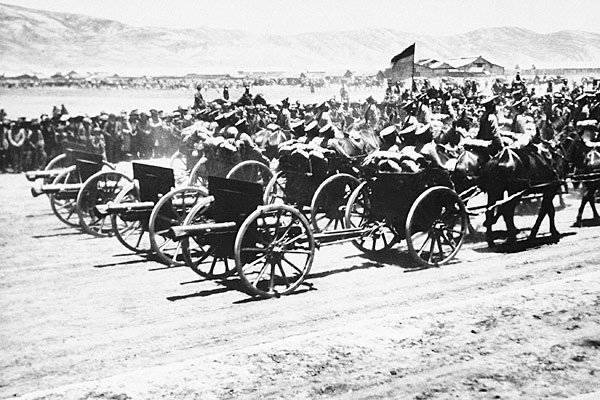 The most complicated war in the jungle showed that the technical advantage of Bolivia is of no particular importance here. On the other hand, the fortification and the mine business, which the Russians very well trained the Paraguayans, mattered. The great loyalty of the Indians of Paraguay, which Belyaev provided for his expeditions, played a huge role. In September, the Paraguayans returned everything they lost at the beginning of the war. The war entered a protracted phase, making the role of Russian officers, the exact number of which was not established in the Paraguayan army (except for two generals, 8 were colonels, 4 lieutenant colonels, 13 majors and 23 captains, the number of junior officers is unknown) only increased.

The confrontation became especially important after the German General Hans Kundt was appointed commander of the Bolivian army, who won the entire First World War on the Eastern Front. Chief of the General Staff became General von Klug. In addition to them, 120 German officers served in the Bolivian army. The situation was tremendous - the elite officers of the two largest European armies, who had recently suffered the most severe defeats in Europe, now "replayed" the war with the hands of South Americans thousands of kilometers from their homeland.

At the beginning of 1933, the Bolivians launched a new offensive, trying to surround most of the Paraguayan army in the area of ​​Fort Nanawa. This battle was one of the most fierce in the war. Bolivia had almost double superiority in manpower and even more in technology. This superiority came across Russian fortification in Paraguayan execution. During 10 days of fighting in the Nanawa area, the Bolivians lost 2 thousands of people, Paraguayans - in 8 times less.

In April, Belyaev became Chief of the General Staff of the Paraguayan Armed Forces. In July, the Bolivians again organized an attack on Nanawa - and again unsuccessfully and with huge losses. In this battle, the Paraguayans first began to burn enemy tanks.

After defending Nanawa, the Paraguayans began to form partisan detachments in the rear of the enemy, which very successfully acted on Bolivian communications. In November, the President of Bolivia dismissed Kundt, but at the beginning of 1934, he himself was overthrown by the military, who were extremely dissatisfied with him. While the Bolivians were sorting out in the rear, the Paraguayans launched a decisive offensive. Despite the Bolivian counter-attacks and extremely difficult climatic conditions, they steadily moved forward. They completely occupied the controversial Chaco region, and in the spring of 1935, the fighting was transferred to the territory of Bolivia itself. At the end of May, Paraguayans surrounded the city of Villa Montes, whose defense was led by Czechoslovak General Plachek. After that, Bolivia asked for peace, because her army ceased to exist. 11 June war ended. Paraguay lost 40 thousand people killed, Bolivia - 90 thousand. 300 of thousands of Bolivians (whole army) turned out to be in captivity. 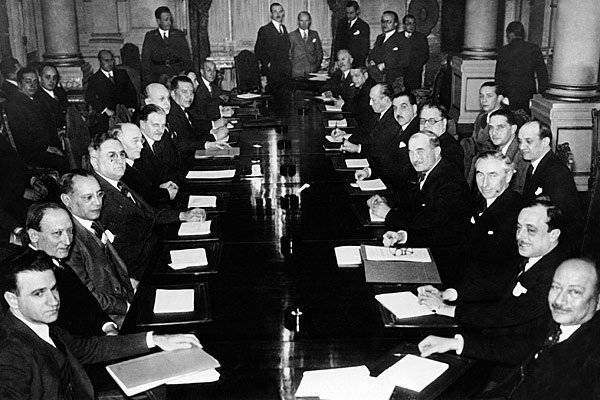 Conference on the settlement of relations between Bolivia and Paraguay in Buenos Aires in August 1935. Photo: AP

In July, 1938, in Buenos Aires, peace was signed, through which almost the entire Chaco area passed to Paraguay. Bolivia got a narrow corridor to the Paraguay River, which it never used. And the oil in the Chaco was never found.

Triumph of the Russian military school

The war was the last triumph of the Russian military school, which, alas, almost no one noticed (it was especially deliberately not noticed in the USSR). With much smaller forces, with far fewer economic opportunities, they not only won the war, but completely destroyed the enemy army. The war led to a sharp decline in the authority of the German military school and Germany in general in the countries of South America. To a large extent, this contributed to the failure of Hitler's plans to fascize the continent, which at the beginning of the 30s seemed quite reasonable. But the “Russian hearth” in Paraguay did not take place for reasons of both an objective (the most difficult economic situation in the country) and a subjective (opposition from the Paris émigré leadership) character. And even most of the officers who fought for Paraguay after the war could not find themselves here.

Kiev hussars in the service of the Albanian prince

Another country where Russian troops had a significant impact on the internal political situation was Albania. In this country, the pro-Soviet government of Bishop Noli came to power in 1924. His main political opponent, Prince Ahmet Zogu, hired Russian émigrés living in neighboring Serbia, mainly Kiev hussars. The number of detachment was 102 man with 4 guns and 8 machine guns, commanded by Colonel (already the Serbian army) Miklashevsky, who, however, in the Albanian service became only a major. The Russian detachment was intended to support the main forces of Prince Zog, consisting of several thousand Albanians. In fact, the main striking force was a hundred Russians. The offensive began on December 16 1924, December 20 was occupied by the village of Peshkopei, where the Noli army headquarters and reserves were located. Already on December 26, a Russian detachment entered Tirana, in 10 days winning a foreign war and capturing a foreign country. Zogu proclaimed himself its president. He allocated to all the ranks of the Russian detachment a life pension, provided that they remained to live in the country. But life in Albania was too boring, so almost all Russians left it.

By 1939, only 19 people remained here. After the occupation of Albania by Italy, some of them entered the Italian army, in which three were in Russia, but not for long. After returning to Albania, after the war they were shot by the Communists who came to power here. And the former captain of the Russian army Sukachev became first an Albanian major, and then an Italian general. In 1943, after the capitulation of Italy, he went over to the Allies, and died in the USA in 1975.