Why have you delayed the implementation of the state armaments program? 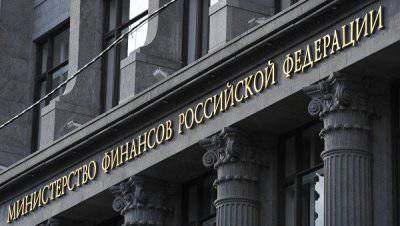 As Russian news agencies have already managed to inform, the Russian Ministry of Finance and the Ministry of Defense have agreed to shift the deadlines for financing a certain part of the state armaments program. Now the production segment that was supposed to be financed and bear fruit in the 2014-2016 years will be financed with all the ensuing 2017-2018 years. Representatives of the defense ministry immediately noticed that, say, the overall result of the program from such a shift in deadlines will be announced no later than 2020 of the year, as mentioned earlier. They say that the internal roll of the program at a later date does not affect the overall results (and the results are an upgrade of military equipment and weapons by no less than 70%).


Of course, representatives of the Ministry of Defense for such a decision could hang all the dogs, saying that there is pulling rubber, shifting the deadlines and not wanting to take an active part in the implementation of the state program. However, whether the officials from the main military department of the country are to blame for this and only they are a rather controversial issue. The fact is that the movement of dates is clearly not from a better life. The Ministry of Defense is well aware that, given the level of material, technical and personnel equipment of industrial enterprises that is manifested today, unfortunately, it will hardly be possible to implement ambitious plans in a short time. Of course, you can come to the company, waving a sword, punching the table, the plumber or the welder for not being able to cope with the task in time, but not only for locksmiths and welders, the problem.

This problem is of obvious systemic nature. When all the same manufacturing enterprises and their associations collapsed for years and were totally underfunded, either the most enthusiastic enthusiasts remained to work for them, or there were people who got into production due to some kind of misunderstanding. No - today the situation has certainly begun to improve. Qualified specialists began to come to the enterprises, young people appeared, but that personnel and technical failure that was observed since the collapse of the USSR to overcome in 1,5-2 of the year is impossible by definition. Yes, and how to overcome, if the same mechanic at an arms factory receives an average of 15 thousand rubles, and a factory top manager earns a higher salary in 30. The interrupted connection of the laboring generations is a moment with a clearly negative coloration, which even short-term financial injections cannot correct.

The postponement of the implementation of one of the parts of the state armaments program demonstrates problems of a systemic nature. For too long a period of time these problems turned a blind eye, enticing themselves with the hope that Russia had no opponents in the world, and therefore, the renewal of military equipment from the evil one. The lost time has led not only to the fact that the military-technical fleet is outdated by 80-90%, but also to the realization that it is unlikely that it will be possible to upgrade it with what we have with the little finger of our left hand. I tried it with my little finger — it didn’t work, they tried it with my whole left hand — it didn’t work either. ABOUT! Yes, here you need to put pressure on the full program, - and decided on that.

Of course, it was possible not to shift any deadlines - it’s just stupid to put money into enterprises that still need to be brought up to a certain standard, and then shout at all angles that the guys have to cope. But with all the possible performance of those who are directly confronted with the implementation of the program, it is simply impossible to cope without a decent technical and personnel base. You can beat your head against the wall, call upon all the saints, but you need to be at least a little realistic. Timing is, of course, good, but technical potential is also important to keep in mind.

So why didn’t our management initially think about this? Yes, thought, thought, but only promises, often not based on anything, is a disease of any leadership. At first, there are bright slogans that the program will be implemented then, for trillions are invested in it, and then the beginning of long and painful reflections that even trillions sometimes do not save from unresolved problems. Today one thing is clear: there are trillions, but where to send them, and send them so that they earned - once, they don’t have anyone in their pocket - two, allowed them to develop production - three, became the financial base for new military equipment - four, these are still unresolved issues.

Of course, I want to believe that if the program is not able to earn in 2014-16, then in 2018 it will work for sure. But for this you need today not to set deadlines, but to begin work. And this job is not only in the maintenance of a specific industrial complex (taken separately), but in the development of the entire system. The system is a long way: from young nails (from the student's bench) to an experienced employee, to the head of the enterprise who is looking for his business.
Updating military vehicles on 70% by 2020 should pull several areas at once.

This and the creation of a high-quality educational environment, which is not just brewed in its own juice, but has the ability to rely on practical options for applying the knowledge and skills of graduates (practical means in real developing enterprises, and not in the form of documents with linden stamps about the work experience of students which in fact can not distinguish between shovels and calipers).

This and new factory equipment, which also still need to take somewhere. Let initially and abroad, but what to do, if at many factories people work still on Soviet lathes, which were assembled at the dawn of the Khrushchev "thaw". The machines, of course, are good, strong - no one argues, but is it possible to renew the military-technical segment in the XXI century on a machine with half a century of experience? .. It is a rhetorical question.

This and high-quality personnel work. Not the work in which the head of the enterprise is forced to recruit people to the production facilities literally from the street, without work experience, without specialized education, but work when decent money is paid for decent professional work.

In general, a shift in deadlines is a process that has matured long ago. It was literally laid down in the program initially. But with all the negative aspects, a grain of positive is also visible here: the Ministry of Defense was not afraid to say that the program could not be implemented within the originally set deadlines for the reasons mentioned. But, as it often happened, they could have remained silent - to receive money from the Ministry of Finance, send it to the pipe, and then explain for a long time why in the military units instead of new tanks and the armored personnel carriers are old, painted with fresh paint ... There is one more positive moment: if you decide to move the deadlines and announce it to the public, it means that systematic work is really underway - it’s difficult, with a rattle and clang, but it’s being done. Indeed, otherwise, we would not have known about any shift in terms: they say that the money has been spent, the equipment has been made. Where's she? - ask. - It is being tested at top-secret landfills ...

Ctrl Enter
Noticed oshЫbku Highlight text and press. Ctrl + Enter
We are
Update the Russian Navy. In the gland. Part of 1One army and three opinions
64 comments
Information
Dear reader, to leave comments on the publication, you must to register.