Rolling out the hull of the large reconnaissance ship "Yuri Ivanov"

20 2013 June
40
As the web resource flotprom.ru reported, at Severnaya Verf Shipbuilding Plant OJSC in St. Petersburg 13 on June 2013, a rolling out of the slipway to the open slipway of the hull of one of the main Russian naval protracted ships of recent years took place ( "Naval communications vessel") of the 18280 "Yuri Ivanov" project, laid out as early as December 27 2004.

It is also reported that in the current year at the Severnaya Verf the second ship of this project will be laid, which was named by the name of Ivan Khurs by the order of the Commander-in-Chief of the Russian Navy. 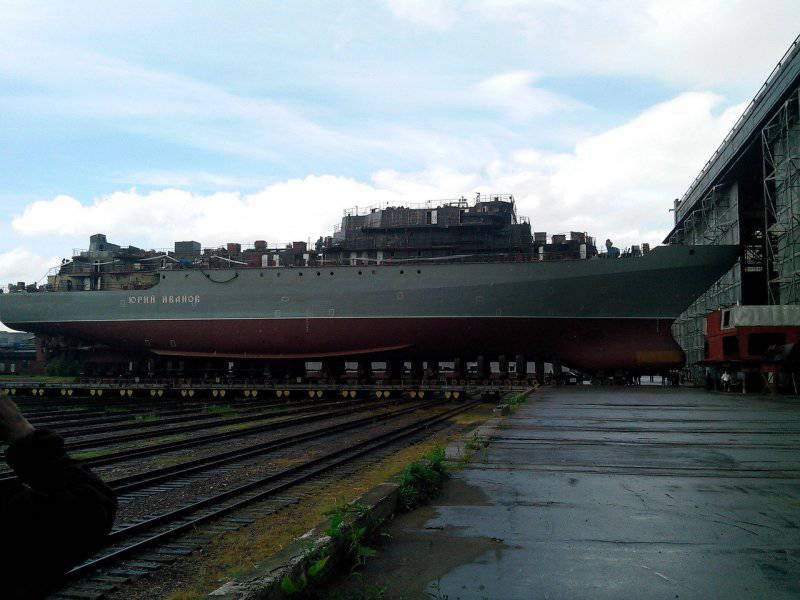 The hull of the main large reconnaissance ship (“naval communications vessel”) of the 18280 “Yuri Ivanov” project, rolled out of the boathouse to the open slipway of Shipbuilding Plant “Severnaya Verf” OJSC. St. Petersburg, 13.06.2013

Ctrl Enter
Noticed oshЫbku Highlight text and press. Ctrl + Enter
We are
This year, the "Northern Shipyard" will not have time to launch the ship "Ivan Khurs"Roll-out An-178
Military Reviewin Yandex News
Military Reviewin Google News
40 comments
Information
Dear reader, to leave comments on the publication, you must sign in.