St. Petersburg independent studio under the direction of Andrei Shalopy making a film about the feat 28 Panfilov

20 2013 June
63
Cinema is shot without the support of state funds and without the participation of engaged directors, which means that the cinema is made with the greatest respect for the feat of our grandfathers and great-grandfathers and is not influenced by agents of state and commercial structures.


Until now, all the work on the film was done by all participants for their own money.

At the moment, the preproduction is completed - it means the script is ready, the cost estimate and the filming plan are made, locations (filming locations) are found, storyboards of the plans for episodes, etc. are drawn.

The teaser video was also shot and mounted, which was published on YouTube, Vkontakte and on a number of sites dedicated to news cinematography
What will be removed and how you can learn from our group Vkontakte. There you can also ask questions and get answers to them directly from Andrei, who is the scriptwriter, director and producer of the project.

The full budget of the film will be 60 million rubles.

Since this amount is quite significant, it was decided to split it into smaller amounts and collect funds in parts.

In the autumn of 1941, German units standing near Volokolamsk were separated from Moscow, some two hours along the highway. However, on this highway was the 316-I Infantry Division, under the command of General I.V. Panfilov. This commander had such high prestige among the personnel that the fighters of the division called themselves Panfilov members. A division - Panfilov.

316-I proved to be so battle-worthy and successful military unit that 17 November 41-th year acquired the status of the guard and became the 8-th Guards. It so happened that the next day General Panfilov died, but the division received the right to retain his name in its name. This honor in the Soviet Army received, just one more division - 25 Guards, named after Chapaev.
So, the 16 of November (two days before the death of the general) the 4 company of the 2 battalion of the 1075 regiment of the Panfilov division accepted the battle, which was destined to become a legend of the Great Patriotic War. 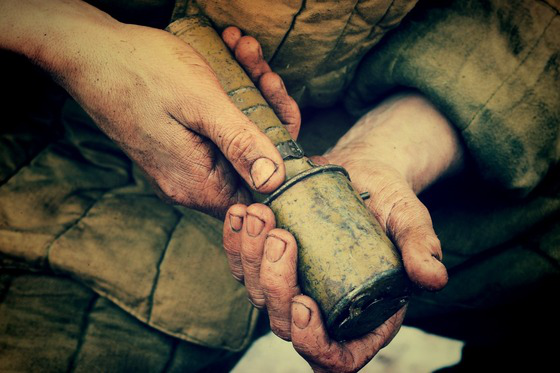 In this battle, the 28 Panfilovs, entrenched near the Dubosekovo junction, stood in the way of the German tank battalion ... And stopped him.

The feat of 28-i Panfilov heroes became one of the brightest symbols of the battle for Moscow.
The words of political instructor Klochkov - “Great Russia, but nowhere to retreat. Behind Moscow "could be found in almost every war museum.

In Kazakhstan, in the homeland of the heroes, they erected monuments, and on the battlefield erected a memorial.
Children in schools learned about the battle of Dubosekovo, before they began to learn history. The text about Panfilov was in the textbook of the Native Speech for elementary school and children were taught to read from this text.

And lines:
... in the hearts will live twenty eight
The bravest of your sons
Still sound in the anthem of Moscow.

But, all this, however, did not prevent the feat to debunk.

And now, today, any teenager, typing in Google: “28 Panfilov’s” will receive information full of “facts” about how and why the myth of 28 soldiers who stopped the German was invented Tanks. 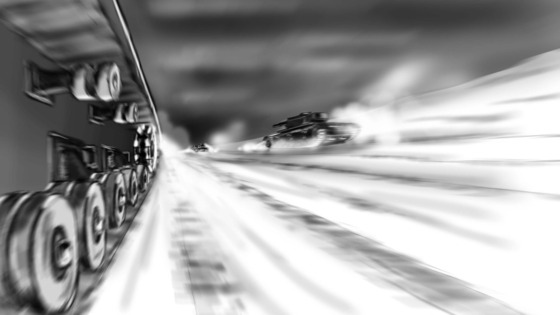 In the courtyard of the XXI century. Dyshlo historical "truth" turned away from their heroes. But the past will remain unchanged. And in this past, in the distant 41, from under the fortifications, plowed up by bombs, the soldiers of the 4-th company will get out, shake off the dirty snow, pay off, understand that all 28 is left, finish their cigarettes, pick up grenades and meet an avalanche of German tanks.
This is our film.

The publication is illustrated with working materials for the film.