The future of the Russian military space

20 2013 June
15
Recently, the past tense is often spoken about the Russian space and its prospects, recalling the successes and glory of the past years and paying attention only to the recent failures. Despite this, the Russian space program is quite ambitious and, as in the time of the beginning of space exploration, it is primarily associated with the needs of the military. Russia is developing in the military segment of space programs and is making its first successes. These successes may not be as noticeable, they are not widely known as flights to other planets, but they are of very great importance for the future of Russia. It is for this reason that attempts to silence the achievements of today and drown them in the flow of negative information, which are replicated on the basis of individual failures, is an attempt on the future of our country.


The Russian military space program, like the inseparably linked civilian program, came to the beginning of the 21st century with a variety of systemic problems. First, it is the collapse of a single research and production complex, which allowed the Soviet Union to be the leading space power. Secondly, it is the loss of the volume and continuity of military space programs, which in turn has led to the lag of the domestic space technology for a whole generation. At the same time, the civilian segment of the Russian space industry managed to survive, thanks in large part to the interest in domestic achievements from Western states. At the same time, the lack of due state attention to military space programs has thrown us back a decade.

Despite this, Russia is returning to its historical the path of a world power, not intending to remain in the role of a world outback. All this requires the restoration of the country's armed forces and bringing them to a new level that would meet all the challenges of our day. This level cannot be achieved without the deployment of strategic intelligence tools, without modern means of control and communications. And all this, in turn, cannot be imagined without a space program that is sufficiently extensive and directed towards the future. It is worth noting that such a program is being implemented today before our eyes. Some successes of the new military space program can already be discussed. However, one should not forget about the failures, without which it is difficult to imagine a single big job. It is important to remember that growth diseases are a sign of growth. 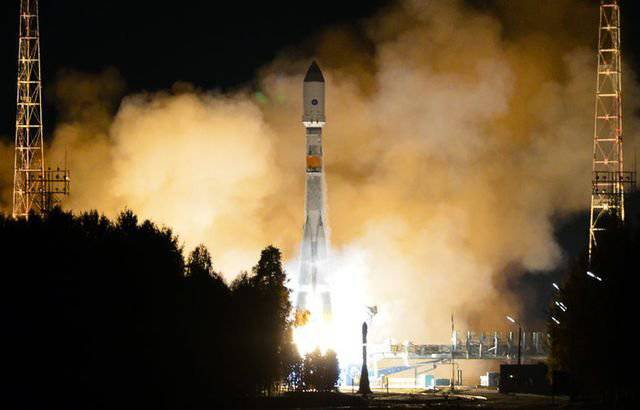 On Friday, 7 June 2013 of the year from the 43-th platform of the Plesetsk cosmodrome Soyuz-2.1b launch vehicle launched into orbit a military satellite, which was assigned the number "Cosmos-2486". A spacecraft weighing about 7 tons was successfully launched into a target orbit, and 8 June was taken to manage the facilities of the Space Command of the Troops of the East Kazakhstan region. After this launch, the Deputy Head of Roscosmos, Anatoly Shilov, told reporters about the cost of the satellite launched into orbit, which, he said, is about 10 billion rubles.

In this case, we are talking about a truly significant event. An optical-electronic (optical) reconnaissance apparatus of the new-generation Persona was successfully launched into Earth orbit. Its development has been actively pursued since the 2000s. “Person” is a Russian military satellite of the optical reconnaissance of the 3 generation, it is designed to receive very high resolution images of the Earth’s surface and promptly transmit them to Earth via a separate radio channel. This satellite was developed and produced at the Samara Rocket and Space Center TsSKB-Progress. The optical system for this satellite is produced by the optical-mechanical association LOMO (St. Petersburg). The satellite is ordered by the Main Intelligence Directorate of the General Staff (GRU GS) of the armed forces of Russia. The new spacecraft replaced the previous generation of Neman satellites.

The Persona spacecraft platform is based on the Resurs-DK spacecraft base and is a further development of the Soviet satellites Yantar-4X1 Terilen and Yantar-4X1М Neman. On “Person” a new optical system is used - LOMO 17B321. According to its characteristics, it surpasses all systems developed in Russia and Europe (by 2001 year), approaching the characteristics of large-scale surveillance systems manufactured in the USA. According to unofficial data, the resolution of the new optical systems should reach 30, see 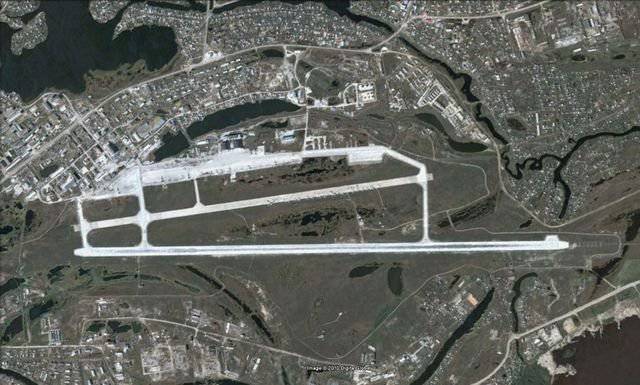 The satellite element base is also new, in particular, a fully developed Russian optoelectronic photodetector (a CCD optoelectronic processor with a fully digital accumulation path and the subsequent transmission of the received information). The total mass of the Persona spacecraft exceeds 7 tons, and its active life is 7 years. Persona uses a circular solar-synchronous orbit with an inclination angle of 98 ° and an altitude of 750 km.

The value of the launch of this satellite is difficult to overestimate. The launch of the Persona spacecraft into orbit made it possible to interrupt the time period that lasted for more than a decade, when the Russian military department did not have the ability to quickly receive high-resolution space photographs. The last domestic satellite of the "Neman" type was launched from near-earth orbit in May 2001 of the year. From this point on, the GRU GSh could only use cosmic photographs taken by military satellites of the Cobalt type. These spacecraft were put into orbit with a frequency of 1 once a year and worked in space about 3's months.

At the same time, photographs made by “Cobalts” could get to the Earth's surface only in 2-x detachable capsules or one large descent vehicle. Because of this, it took up to a month between taking a picture and dropping a capsule to Earth, which greatly reduced the value of the pictures taken for the interests of operational intelligence. From June 2006, the GRU GSH, apparently, began to use for its own purposes images of the Resurs-DK1 satellite, which were transmitted to Earth via radio. But in the pictures taken by Resource, objects with dimensions of the order of 1 meters are visible. According to unofficial information, the military needs images with a resolution of less than 30 for detailed reconnaissance. Most likely, the new Persona satellite fully meets these requirements. 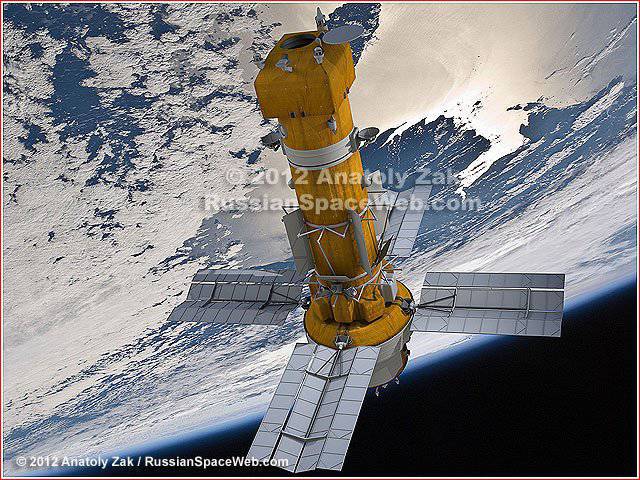 The very long life span of a satellite is also very important. The lifetime of his predecessors in orbit did not exceed 1 year. While the lifetime of the “Person” in orbit should be at least 7 years, which is very important for complex and very expensive space technology. At present, TsSKB-Progress is engaged in assembling the second spacecraft of the Persona series. This reconnaissance satellite is scheduled to launch at the end of 2013 or at the beginning of 2014. These spacecraft are, without exaggeration, an essential component of Russia's security, these are the eyes of the Russian armed forces, with very sharp eyesight.

Also in 2013, a new military radio intelligence reconnaissance satellite, also belonging to the systems of the new generation, will be launched into space. His, if we continue the analogy with the human senses, can be attributed to keen hearing. We are talking about the spacecraft series "Lotos-S". This unit will become the 2 in the series. The first was launched into space in November 2009 of the year ("Cosmos-2455") and is currently continuing its work, it is used to test the components of a modern system of radio reconnaissance and target designation. The second Lotos-S launched into space will carry on board the full range of hardware originally provided for by the project.

“Lotos-S” is a series of domestic satellites of electronic reconnaissance, which are one of the components of the electronic reconnaissance (RTR) of the new generation “Liana”. The Lotos-S satellites, along with the 2 component of the Liana radio intelligence system, the Pion-NKS satellite, should replace orbit the satellites of the same purpose developed by the Russian Defense Ministry Tselina-2 (KB " Yuzhmash ”, Ukraine) and US-PU satellites that are part of the RTR GRU system and Legend maritime space intelligence and target designation, respectively. The former system was still fully operational, but dependence on Ukrainian manufacturers forced the military to think about creating a new intelligence system entirely Russian-made. 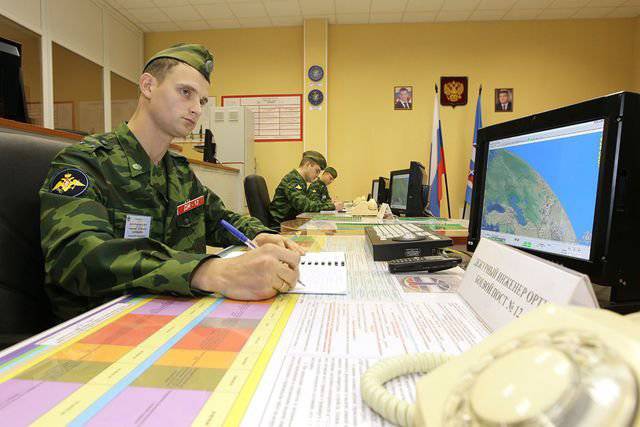 Also on July 23, the launch of the next military communications satellite Meridian is scheduled for July 2013. It is also part of a fairly large and ambitious program - the development of an Integrated Satellite Communications System of a new generation. The implementation of this program was accompanied by failures, the 2 satellite of this series were lost, and 1 could not function in the system, because it could not reach the specified orbit. Despite this, in July of this year, the launch of the 7 satellite will take place on the account of the Meridian satellite, and in the middle of August - the 3 satellite of the Rainbow-1М series. After this launch, the new military communications system will operate in full. Over time, its capabilities will only increase through the launch of new-generation spacecraft into orbit.