The United States wants to Siberia ...

20 2013 June
243
If at the time of the phrase "attractive Siberia" might have seemed like a certain author's mockery, then today it looks quite normal. The attractiveness, of course, lies in the potentials that the Siberian regions of Russia possess. Calling things by their own names, we can confidently say that the reserves that are in the Siberian subsoil is a real storeroom, which not only Russian oligarchs would like to have a hand in (they already managed to arrange the Siberian business in all respects), but and interested foreign representatives. The Siberian potentials are great not only because it is in the bowels of the earth, but the geographical location of the macro-region is a short way to deliver energy to China - as an example. 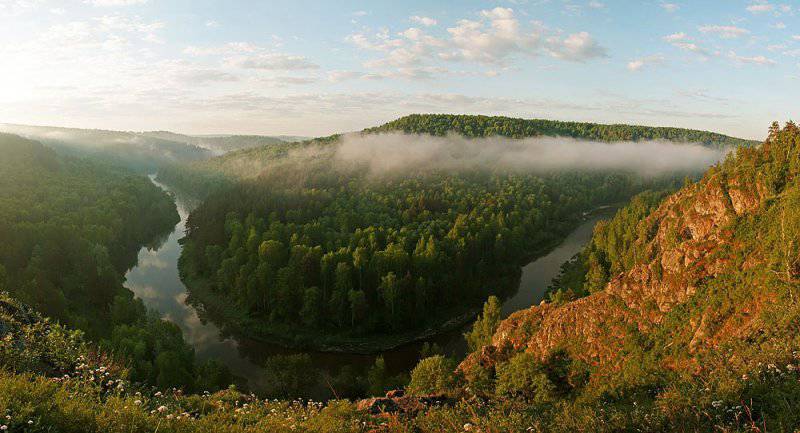 If we consider Greater Siberia as an association of the Siberian and Far Eastern federal districts, then this is a truly colossal area of ​​11,3 million square kilometers in size. This is about two thirds of the total area of ​​the Russian Federation. With such impressive spaces, as they would say in Soviet times, almost equal to 18 to France, the population of this macro-region is only about 25,5 million people. At the same time, there are territories that, a priori, are capable of giving the country hundreds of thousands of new jobs, but for a long period of time they have not been able to be truly mastered. And if you also pay attention to the process of natural population decline, which, for example, is observed in the Far Eastern Federal District, the situation seems to be threatening. The vast territories actually remain ownerless, which, sooner or later, can lead to irreversible consequences.

Among such consequences can be called the desire of many international "partners" to seize the Siberian and Far Eastern resources and territories in order to extract from this enormous profits that are unlikely to at least partially replenish the Russian state treasury. And it is hardly worth today to believe that no future struggle for the resources of Siberia is foreseen in the future. Energy sources each year acquire a special meaning, and their value can not be overestimated. From the level of economic regulator of the economy in various regions of the world, they managed to turn into an instrument of political struggle: Iraq and Libya are vivid examples of this. In this regard, the development of the Siberian and Far Eastern regions of Russia ceases to be the usual phrase on duty, and goes to the level of objectively necessary state strategy.

Recently, Western politicians often have the comments of politicians that if Russia itself is not ready to use the Siberian potentials effectively, then the foreign “partners” are ready to help us with this. In some cases, the wording is sound and much more open. In particular, information from representatives of the American establishment not so long ago came that Siberia is, say, a global treasure, a planetary storeroom. It would seem that this is a real compliment, but compliments of this kind give the clear desire of foreign "comrades" to get closer to the untold resources with which Siberia is rich. First, the wealth is “global”, then the wealth of “democracy” with all the consequences in the form of opposition to the Russian “anti-democratic regime, oppressing Siberian and Far Eastern small nations.” The main thing - to throw a hook with a bait, and there already and before collection of adherents of realization of the enchanting idea not far.

After the published data by the US Energy Information Administration (EIA) that Russia still holds the first place in the world in terms of so-called shale oil reserves, the interest of foreign partners in the Siberian territories, where shale oil reserves prevail, manifested itself with a new force. The same EIA submitted documents, according to which Russia is located only on the 10 site in the world in terms of shale gas reserves. Honestly, it is not entirely clear by what criteria American experts evaluated hydrocarbon reserves in our country (or consultants from the Russian state-owned companies continue to work, for example, from the CIA ...), but immediately after the publication of such data, oil prices began to creep up. 19 June was marked by the price, which was fixed in early April. Shares of the Russian oil industry, too, crawled up. Did the guys from EIA decide to make our oil magnates happy by arranging such an effective informational holiday for them?

However, the information about the first place of Russia in shale oil reserves eventually acquired a slightly different shade. EIA said that about 75% of 90 billion barrels of shale oil are located in Western Siberia, and Russia simply cannot extract the lion's share of this oil, since the country does not have the appropriate technology. At the same time, experts from the United States opaquely hinted that if someone extracts this oil and succeeds, it is only from American companies that, what are called shale hydrocarbons, have eaten a dog. The hint is clear: if not the United States, then forget, Russia, about your innumerable treasures, and therefore call on the star-striped "brother" who will "help" in an instant to get billions of barrels of energy from the Siberian depths. Whether water hammering, water hammering - it does not matter ... They will come to Siberia and take everything to the last drop.

Well, here, as they say, who would doubt ... Only now who will give? Or do representatives of our oil companies together with government officials have a different opinion? Maybe there is also discussed the issue of our inferiority and inability to dispose of the designated resources without outside help.

By the way, the Russian side still does not confirm the presence of almost 70 billion barrels of shale oil in Western Siberia. And if it does not confirm, then the American "friends" will try to convince Moscow that this is exactly so many billions, and that, no matter how badly, you can’t do without an American drill. And whether there are these gigabarreli or not - is a completely different история. The main task of foreign mining companies is clearly associated with attempts to consolidate on the Siberian fields, the volumes of which are large even without taking into account the shale segment.

Whatever it was, but it is high time for Russia to lead its informational attacks on energy fronts, and not to forget that the development of Big Siberia (Siberia together with the Far East) should turn from a “paper dove” into a real project with real deadlines for implementation and real figures of the cost of this implementation. After all, often it is the information component, multiplied by deliberate actions - an effective tool for the implementation of the plans. It remains to hope that the plans of the Russian authorities coincide with the interests of the majority of Russians regarding the development of Siberia ... And if foreign companies are invited, then on such conditions that would be beneficial not for a handful of oligarchs with a bureaucratic top, but for the entire macroregion.

Ctrl Enter
Noticed oshЫbku Highlight text and press. Ctrl + Enter
We are
Results of the week. “When a lot of people look stupid, it starts to look normal.”A brief history of Siberian separatism
Military Reviewin Yandex News
Military Reviewin Google News
243 comments
Information
Dear reader, to leave comments on the publication, you must to register.