25 2013 June
63
In the twenty-third year of the existence of the Pridnestrovian Moldavian Republic (since September 1990), the head of the Transdnistrian Moldavian Republic (in this case, Yevgeny Shevchuk) decided to finally dissociate himself from Moldova. The President of the Pridnestrovskaia Moldavskaia Respublika decided to sign the law on the state border, unequivocally letting the Moldovan side understand that Transnistrian Moldavian Republic has no future in the Moldavian state, which is the only purpose of joining the united "fraternal" European Union under any conditions. Moreover, it is seen by some Moldovan politicians not even as an equal subject of European union law, but as one of the provinces of Romania, which (Romania) is currently a member of the European Union. 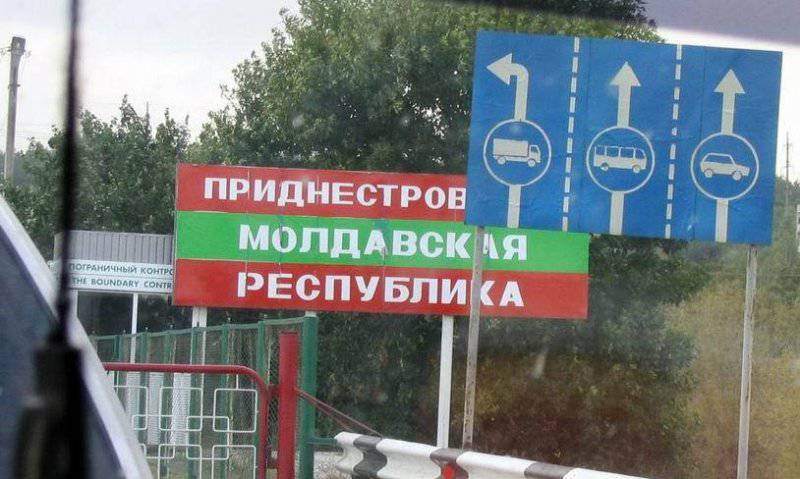 For obvious reasons, an absolute majority of Transnistrian residents, including many citizens of Russia and Ukraine, are not going to join the EU, and even through Romanian backyards. This is confirmed by the results of the referendums, which in the Transdniestrian Moldavian Republic over the past two decades or more have been held more than once. Most residents of the republic are in favor of independence from Moldova, and independence is de facto manifested in various spheres: from the economy to the media environment.

So, 12 June Eugene Shevchuk put his signature on the document, which holds the state between. The Law on the State Border of the PMR, adopted by the Supreme Council of Transdniestria in May, is based on the Declaration of Transdniestrian DMR sovereignty of 1990, the Constitution of the Republic and the Declaration of Independence on 1991, and defines the following territories for the Republic: Grigoriopol, Dubossary, Kamensky, Rybnitsky and Slobodzeysky districts: Grigoriopol, Dubossary, Kamensky, Rybnitsky and Slobodzeysky districts, including Grigoriopol, Dubossary, Kamensky, Rybnitsky and Slobodzia districts: , Dniester, Dubossary, Rybnitsa, Tiraspol (the capital). In addition, the Transnistrian leadership in the Transdniestrian territory includes the disputed territories. These include several fairly large villages: in particular, the right-bank Varnitsa, villages of the Dubasari district, which Chisinau regards as its own.

Tiraspol conducts the state border with Ukraine along the same line that separated these territories from the Ukrainian SSR during the Soviet years.

24 June 2013 The law on the state border between the Pridnestrovskaia Moldavskaia Respublika and the neighboring states (Moldova and Ukraine) should finally come into force, and full border control points with all related attributes will appear along the entire perimeter of the MRT. This law finally dot the i in matters of whether Transnistrian residents are going to remain in limbo, each time paying attention to Moldovan political pressure and other demarches of Chisinau dancing to the Romanian tune.

And the fact that the European duda has a magical effect on the Moldovan political elites has been convinced all lately. One of the new confirmations is the requirement of the State Chancellery of Moldova to the authorities of another territory, which is still included in the Republic of Moldova, Gagauzia, to repeal several provisions of the law, which, in the opinion of the Moldovan political elite, infringes the rights of sexual minorities. As they say, who is talking about something, and dirty is about a bath ... As soon as the authorities of one of the states, dreaming to merge in political ecstasy with the European Union, begin to prattle about the infringement of LGBT rights, they immediately come up to the surface, along which democratic corridor these same authorities are ready to lead their people. Aptly a national joke of the last months: “to Europe through ... y".

And if in Gagauzia they still do not know what to answer to Chisinau, then Tiraspol, apparently, made its choice. To integrate with those who rush with gay rights like a chicken with an egg, who are looking for a reason to crush over the interests of more than half a million citizens of the republic and due to this, it is not going to drive into bird rights in the EU - Tiraspol.

Naturally, the information that Shevchuk signed such an unequivocal law plunged the Moldovan authorities into a real shock. An urgent meeting is scheduled for June 20 in the Moldovan parliament. Lawmakers in Chisinau seem set to take action against transnational Transnistria. In this regard, the question arises: Shevchuk signed the law 12 of June, and why did the Moldovan lawmakers schedule the “urgent” meeting only for the 20 number? 8 days of buildup for such a thing - somehow too much. The reason, obviously, is that it took the Moldovan authorities time to get “practical” European advice. Over the past few years, Chisinau has purposefully learned to grow out of the very possibility of making independent decisions, which is eloquently demonstrated today. For eight days, the Europeans whispered possible solutions to the Moldovan political elites, and now it’s a matter of little: Moldovan lawmakers have to press the right buttons for their democratic future. While it remains unclear what exactly the solution was proposed as final by the Moldovan authorities, but over time it will naturally manifest.

So far, the same Moldovan authorities have decided to punish Transnistrians for their intractability with fines. This decision was made on 14 June (a couple of days after the signing of the Law on the State Border, Yevgeny Shevchuk). It lies in the fact that Chisinau will issue 400 lei (about 1030 Russian rubles) fine to every foreigner who enters Moldova from the territory of the MRT without registration in the Moldovan competent structures. Tens of thousands of Transnistrian citizens have Russian and Ukrainian passports and are forced to use Moldovan transport hubs (train stations, airports). If this law is directed against them, then it is not clear how it is possible in this way to come to the restoration of territorial integrity, which official Chisinau speaks of? Rather, it is an extra gift to President Shevchuk, who receives an additional trump card for the final dissociation of Transnistria from Moldova. Apparently, the European partners of Moldova have already hinted to those who made such a decision that they were obviously in a hurry ...

But the decision to adopt penalties against the PMR is not the whole answer of Moldova. A few days ago, a member of the Moldovan delegation to the Joint Control Commission (JCC), which controls the situation on the banks of the Dniester, Mr. Lyakhu, generally said that Russia was to blame for Yevgeny Shevchuk's decision to draw the state border line. Moreover, Lyakhu announced that it was time to file a lawsuit against the Russian Federation with the Hague Tribunal. He just said so: "to the tribunal." Apparently, Ion Lahu is not familiar with those courts that are located in the Dutch city of The Hague, and therefore, when filing a lawsuit, he can definitely confuse. The fact is that there are many courts in The Hague, but there is only one tribunal, and that one for the former Yugoslavia. The "Yugoslavian" tribunal will take a long time to figure out what to do with the claim from the Moldovan citizen Lyahu, who demands to punish Russia for the fact that the PMR is going to finally dissociate itself from the Republic of Moldova. They will measure the distance from Tiraspol to Belgrade or Pristina with rulers for a long time and look in historical sources, how the PMR is connected with the former Yugoslavia ... In general, Lyakh gave a blunder ...

When in Chisinau, the negotiation process with Tiraspol under the European Union baton was finally canceled, it is foolish in Russia to look for the guilty that the MRT is going to create a full-fledged state border. All the guilty are sitting in the Romanian office and in the Brussels leather armchairs.

Ctrl Enter
Noticed oshЫbku Highlight text and press. Ctrl + Enter
We are
Moldovan independence: 24 of political uncertaintyArmed Forces of Transnistria: 23 of the year since its foundation
63 comments
Information
Dear reader, to leave comments on the publication, you must to register.