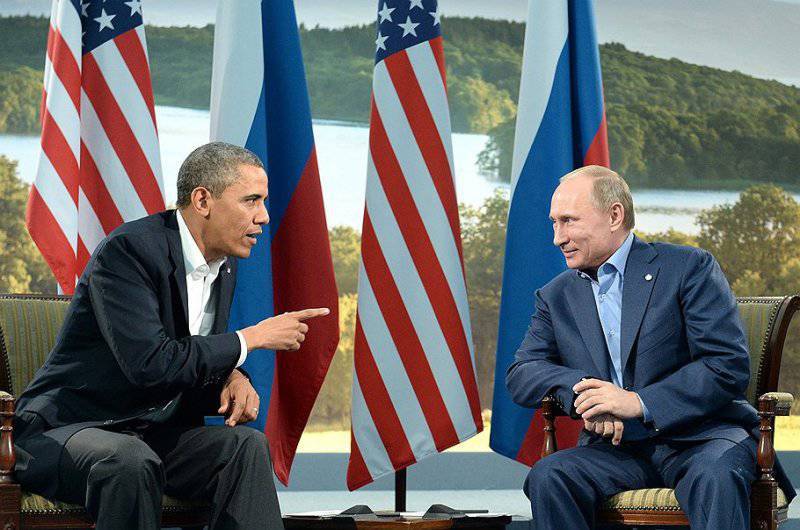 The agreements reached by Vladimir Putin and Barack Obama at the G8 summit on confidence-building measures in cyberspace are unprecedented. In Moscow, they are compared with the creation in its time of a hot line between the USSR and the USA to prevent nuclear war. As it became known to Kommersant, Russia intends to begin developing similar agreements with other countries, as well as speed up their adoption within the OSCE.


“The agreements can be called revolutionary,” Andrei Krutskikh, special coordinator on the political use of information and communication technologies (ICT), told the Kommersant. “They translate the cooperation of our countries in such an urgent and priority sphere into a practical plane and, equally important, give a clear signal to the world community about the need for the earliest possible cooperation in combating threats in the information space. "

The Kommersant interlocutor compared the current agreements on the establishment of hotlines to prevent the escalation of cyber incidents with the creation of a direct communication channel between Moscow and Washington to reduce nuclear risks. "These were the technologies of the 20th century, and here we are talking about the leading technologies of the 21st century," he explained. "The essence of the approach to these threats is similar: before negotiating disarmament measures and limiting the harmful use of technology, the parties begin with confidence measures."

As part of the agreements on confidence-building measures in the use of ICT, announced by Vladimir Putin and Barack Obama following their meeting in Northern Ireland, it is planned to use a key element of a nuclear war prevention system. This is about the national centers for reducing nuclear danger created in 1987. They work around the clock, allowing the Russian and US military to notify each other about conducting missile tests so that they are not perceived as an act of aggression, as almost happened in the 1983 year, when, prior to the NATO exercises Able Archer ("Experienced Archer"), a false positive occurred Soviet nuclear attack warning system.

Now, the capabilities of these centers will be used in parallel for mutual notification of attacks on objects of critical information infrastructure. Lines of communication and exchange of information about computer incidents will be organized at two more levels. The first is between the curators of national security issues. This channel will be activated in the event of a crisis, requiring immediate information of the presidents. The second is between computer incident emergency preparedness (CERT) teams that monitor malicious activity on networks.

The significance of the signed agreements is indicated by the fact that it took two years to develop them. The need for a direct line of communication in the event of cyber incidents in Moscow started talking in May 2011. The United States then unveiled a cyberspace action strategy, which gave them the right to respond to acts of computer sabotage with all available means - up to the use of nuclear weapons. Taking into account the fact that it is extremely difficult to trace the source of cyber attacks, Russian experts declared the reality of a situation where a third party (terrorists, for example) would provoke a war between the United States and the Russian Federation.

The process of developing confidence-building measures in cyberspace was launched in June 2011 of the year during a visit to the United States by a Russian delegation led by Deputy Secretary of the Security Council of the Russian Federation General of the Army Nikolai Klimashin (see Kommersant on July 14 of 2011). The parties expected to accept the agreement in June 2012 during the meeting between Vladimir Putin and Barack Obama in Los Cabos, Mexico. But at the last moment the negotiations stalled.

According to "Kommersant", the stumbling block became terminological differences. The US talked about confidence-building measures "in the ICT field." Russia insisted on another formulation - “in the field of ICT use”. The difference was of fundamental importance. Washington focused on the physical protection of its computer systems. Moscow wanted to protect it from the harmful use of ICT in order not to fall prey to another virus like Stuxnet and prevent new technologies from turning into a weapon for information wars.

It was not possible to agree then, and negotiations stopped for several months. However, after a series of hacker attacks on US banks in August 2012 of the year (Washington suspected Iran of their organization), the US offered the Russian Federation to return to this issue. As a result, the Russian version of the wording was included in the name of the presidential statement, and its text, as well as the three accompanying intergovernmental agreements, both options.

Moscow does not intend to stop there. According to Kommersant’s data, on June 25 negotiations will be held on this topic with France, and meetings with representatives of the Federal Republic of Germany are scheduled for the autumn. In parallel, Russia hopes to accelerate the development of similar confidence-building measures in the OSCE. As part of this organization, in April last year, a special working group was created, which by December was to submit a draft agreement. But there were disputes over terms. The United States demanded that the text on Internet freedom and human rights be written into the text. Russia did not object, but insisted that a paragraph on sovereignty and non-interference in internal affairs should be included in it. The United States was against it.

However, recent leaks about the large-scale surveillance of US intelligence agencies over Internet users will clearly strengthen Moscow’s negotiating positions. Now it will be harder for Washington to present itself as the leader of the struggle for human rights on the net.

Ctrl Enter
Noticed oshЫbku Highlight text and press. Ctrl + Enter
We are
As I was rooting for ours, or Report with a hot headRT compared the cost of the tank Armata T-14 with advanced armored vehicles from other countries
Military Reviewin Yandex News
Military Reviewin Google News
24 comments
Information
Dear reader, to leave comments on the publication, you must to register.