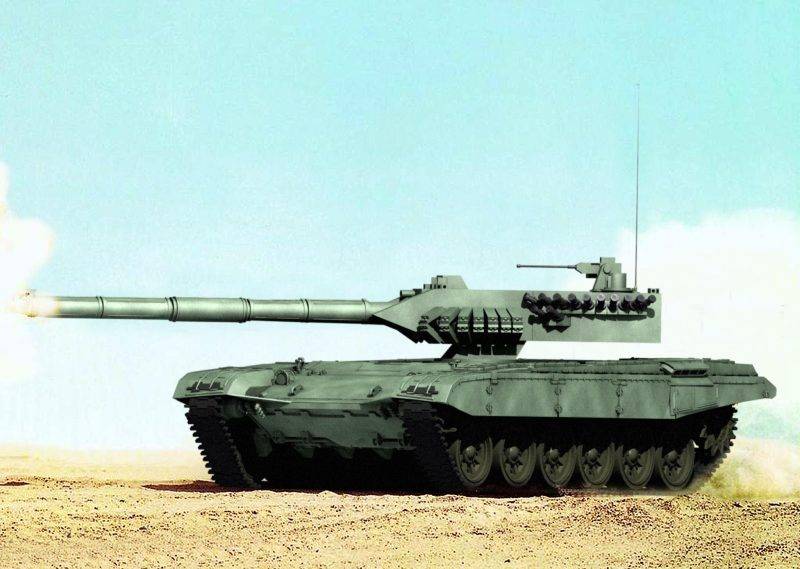 Object 195, also known as the T-95 tank or the Improvement 88 project, was supposed to become a promising Russian project a tank 4th generation. The tank was developed by the design bureau UKBTM in Nizhny Tagil. Unfortunately, the information about this project due to the secrecy of the development is very blurred, but something is already available in print. There is evidence that this vehicle has already passed state tests in 2008, and in July 2010 the tank held a private display at the Defense and Defense - 2010 exhibition. And although the future of the main battle tank T-95 is very vague, Vladimir Popovkin, the Deputy Minister of Defense of the Russian Federation, made a statement in April 2010 to stop the development of the tank, but the prospect of seeing the tank on the conveyor remains. According to the Minister of Industry of the Sverdlovsk Region, Uralvagonzavod is not going to abandon its project and will complete the development on its own.

The main difference between the 195 object and the existing tanks today is called the “carriage layout”, in which the gun is installed in a relatively small uninhabited turret, the ammunition load is under it, and the crew is isolated in a relatively small fully armored capsule. The tank is supposed to have an 152-mm smoothbore gun, which was developed in the USSR, a hydro-active suspension and a new X-shaped diesel engine with an 1500 hp.

In the program of creating a new tank, the concept of “a principled leap forward” was laid, which is characterized by 4 requirements:

1. Ensuring the maximum probability of hitting the target with a projectile with the guaranteed loss of the ability to fight.
2. Ensuring the survival of the crew when using cumulative or kinetic ammunition.
3. Integration of the combat vehicle into the ACS of the tactical command and control, as a result of which the tank becomes a full-fledged object of a unified system of armament of land forces on the battlefield.
4. Production on the chassis of the tank the whole range of combat vehicles, as well as equipment for the rear and technical support of the troops. The possibility of further phased upgrades over the years 30.

Based on these requirements, the creation of a tank requires the implementation of the following technological solutions:

1. Installation on a tank of multi-channel weapons in a complex with promising types of ammunition.
2. The operation of the armament complex must be supported by several technical vision channels: an optical aiming branch, thermal imaging and television channels.
3.Complete isolation of the crew, fuel and ammunition, increasing the level of protection in 2-3 times.
4. Installation of a gas turbine or diesel engine of increased power up to 1500 hp with the use of hydromechanical suspension, which will provide superiority in average speed, dynamics and power density compared to existing counterparts.
5. The tank must be equipped with an internal system of automatic self-control over the technical condition (health) of its own systems. The information management system must prepare data for firing, control the weapon system, exercise control of the control, receive information from the outside and use its own.

The adoption of such a tank would dramatically increase the effectiveness of armored forces on the battlefield, allowing it to be integrated into the information space with other means of fire destruction of the ground forces and aviation at the level of tactical links. The results of military-economic efficiency calculations show that the tank’s combat life — the number of tasks to be accomplished in a battle until it returns to irretrievable losses — should increase by 3 times. 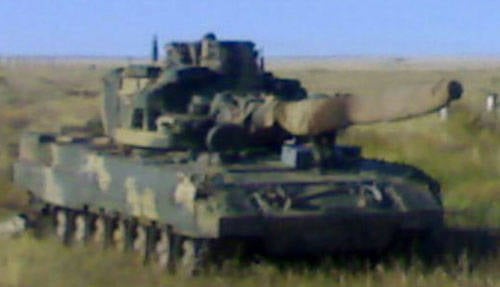 A radically new feature of the main battle tank of the future, which includes the T-95 being developed, is changing its layout. The crew of the tank is reduced to 2-x people and is located in a special armored capsule, which is separated from a small tower, equipped with automatic charging and ammunition. This layout can significantly reduce the silhouette of the tank to approximately 2 meters in height and make it more invisible on the battlefield. Also significantly increases the safety of the crew, which is separated from the ammunition and fuel tanks sheets of armor. It is assumed that the mass of the tank, taking into account an increase in the level of booking, will increase its mass to 55 tons.

The basic one weapons The new tank should become a gun caliber 135-152 mm, equipped with new automatic charging. Recently, more and more information about installing on a tank 152-mm guns and auxiliary machine guns caliber 7,62 and 14,5 mm appears. Do not exclude the possibility of using with the gun radar. 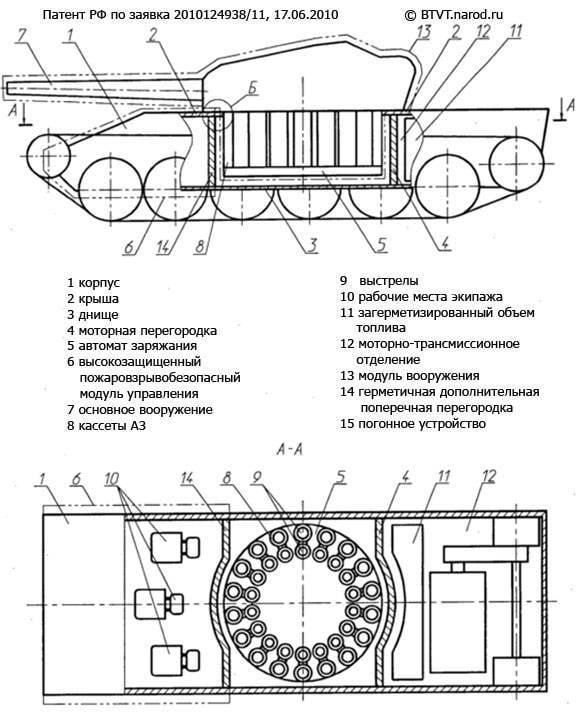 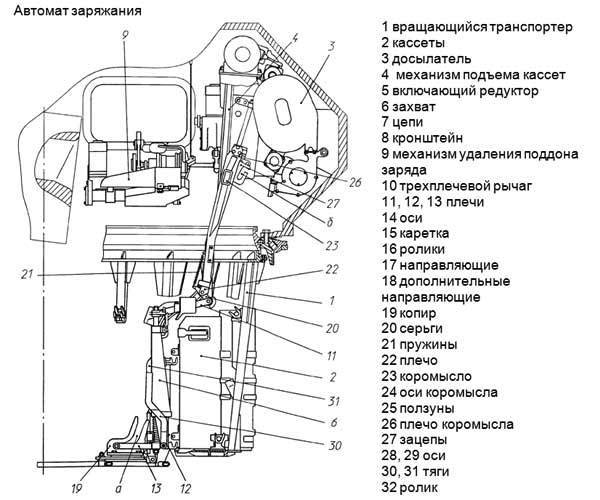 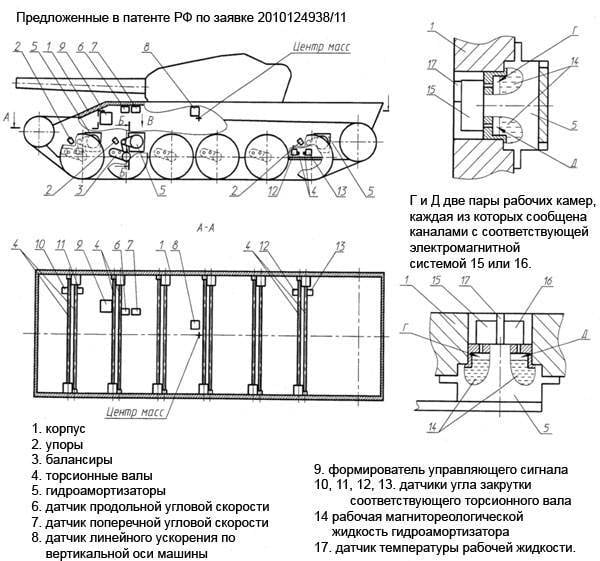 Tankers will receive information about the target using optical, thermal imaging and infrared channels. The MSA will receive a laser rangefinder and radar station. It should be noted that the new layout imposes more stringent requirements on the SLA, since the crew will not be able to use traditional optical devices because of the new uninhabited tower. Foreign projects of such tanks involve the transfer of all information about the situation on the battlefield to special screens that will create the effect of vision for the crew through armor in any direction. All new tanks will necessarily receive a recognition system "friend or foe", which will allow the crew to feel more comfortable in the conditions of a modern dynamic battlefield. 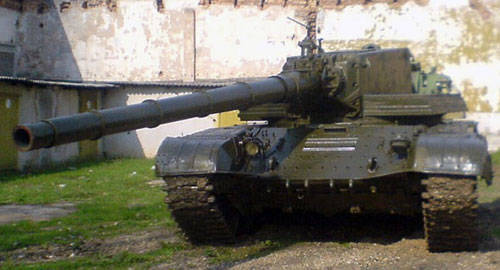 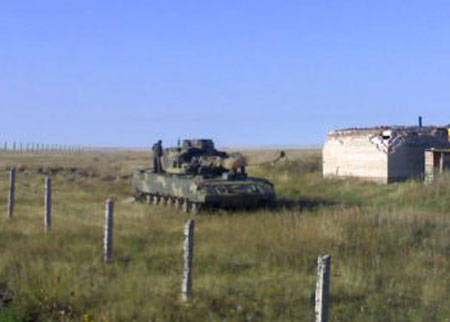 Experts believe that to provide the mobility necessary for a modern battlefield, a tank must receive an engine of at least 1500 horsepower. This power is able to develop a promising X-shaped diesel. As a result of equipping the tank with a similar engine in conjunction with a new transmission, the car will receive good dynamic characteristics and improved smoothness, necessary primarily for firing in motion. It is assumed that the crankshaft will be located along the axis of the combat vehicle, which is due to the layout of the new diesel engine and provides a more convenient docking with the hydromechanical transmission. It should be noted that this engine is a fundamentally new development and has an impressive potential for increasing power while maintaining or slightly increasing its overall dimensions and weight.

Ctrl Enter
Noticed oshЫbku Highlight text and press. Ctrl + Enter
We are
The project of the main battle tank Stridsvagn 2000 (Sweden)Middle tanks in the postwar period. "432 Object"
127 comments
Information
Dear reader, to leave comments on the publication, you must to register.