Five Russian spy technologies that buy in the West

19 2013 June
8
It is no secret that Russian surveillance technologies play a large role in modern Russia, but few know that they have been recognized outside the country. 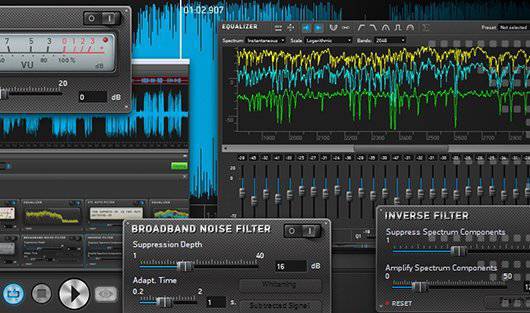 A few years ago, the Kremlin began to support the developers of such special technologies, and after the “Arab spring” and mass protests in Moscow, the authorities' interest in this topic only intensified. In November last year, when the Internet filtering system in the form of a registry of banned sites began to operate in Russia, providers and telecommunications operators were forced to acquire DPI (deep packet analysis) technology. Effective for blocking individual pages of sites, DPI is also able to identify a user on the Web and secretly intercept his messages.

Some Russian companies have already achieved significant success and are recognized abroad. For example, the Speech Technology Center (MDG) is the largest Russian company specializing in voice recognition. That the company is leading its history from the Gulag and was created on the basis of the Marfa "sharashki", in which Alexander Solzhenitsyn once worked, very few people are embarrassed.

These are the areas in which Russian manufacturers of surveillance technology have achieved the greatest recognition in the Western market.

The world leader in voice recognition technology performs under two names. In his native St. Petersburg this is the “Speech Technology Center” (MDG). In New York, the company operates under the name SpeechPro.

Both names are completely neutral and do not reveal the fact that initially these developments were conducted in a secret scientific research institute under the roof of the KGB, which was formed on the basis of the Gulag “sharashka”, where the scientists and engineers who received the term worked. Their task was to work on identifying the voices of those calling to foreign embassies in Moscow.

“Our center was founded in 1990,” said Sergey Koval, a leading analyst at the MDGs. “Before that, all the main employees worked in the department of applied acoustics, in general, the department was KGB, and formally belonged to the Dalsvyaz NGO of the Ministry of Industrial Communications ...” Sharashka, in which Solzhenitsyn worked, was transferred from Moscow to St. Petersburg, and this the department was her direct heir. The people described in the novel (meaning “In the first circle”. - Forbes) continued to work there after being released, and I started working with them when I came to the department in 1973 year ”.

In 2010, the MDGs completed the implementation of the world's first national voice identification project. The project was implemented in Mexico, on the territory of which a system of state accounting of votes and biometric search was deployed, able to identify the person speaking by fragments of speech. Not only criminals and law enforcement officers, but also law-abiding citizens were brought to the national base of votes: in some Mexican states, even for getting a driver's license, you need to pass vote samples. In five seconds, the program can scan 10 000 samples of votes with an accuracy of at least 90% (MDG estimate). Not so long ago, the company received the support of the Russian authorities - in September 2011, Gazprombank became a co-owner of the MDGs.

MDG technologies are also used in the United States. As director of strategic development for the MDGs, Alexey Khitrov told the Slate online magazine in September, the company collaborates with US government agencies at various levels.

The MDGs are not limited to the development of technologies related to voice, but are also engaged in the creation of facial recognition systems. In December, 2012 of the Year, the MDGs announced that it had started working in Ecuador and introduced “the world's first biometric identification platform that combines voice and face recognition capabilities”.

The system allows you to create huge databases with images and samples of votes of criminals and suspects, which are available to the authorities of this country. The MDGs claim that they have developed an algorithm with which you can get a reliable result, even if a person’s facial features have changed.

Of course, the MDGs are trying not to talk about this in public, but its surveillance and identification technologies can be used not only to fight criminals. MDG developments have been established in Kazakhstan, Kyrgyzstan, Uzbekistan and Belarus, as well as in the Middle East.

Surveillance on the Internet

In the sphere of lawful interception of telecommunications, standards and procedures in Russia and in the West differ quite strongly. Nevertheless, this did not prevent several Russian companies from entering this specific market in North America.

MFI Soft is one of them. Her specialization is the production of technologies in the field of information security and solutions for special services, as well as technologies for Internet telephony. Founded in 1989, MFI Soft became the largest producer of telecommunications traffic interception facilities in Russia (telephone calls, mobile communications, Internet). The company sells its systems in Kazakhstan and Uzbekistan.

After the Russian Internet filtering system was launched in the country, the company quickly responded to a new reality by developing the Perimeter F product, which MFI Soft promotes as a cheaper solution compared to DPI filtering technologies.

In Canada, MFI Soft is known as ALOE Systems, its office is located in the suburbs of Toronto. Until recently, ALOE actively promoted the NetBeholder product in the Americas, which was advertised as a system capable of intercepting, monitoring, and storing intercepted traffic on the Web. The system is installed on a laptop and, as stated on the product site, "was designed specifically for interception in Internet cafes, hotels, restaurants and other public places."

Outside Canada, ALOE's client list includes telecommunications operators in the United States, Mexico, Argentina, Brazil, Costa Rica, El Salvador, Peru, and Uruguay. ALOE's main sales manager, Vitaly Potapov, whom we met at the company's Toronto office, told us that ALOE is going to open an office in the United States soon. True, he explained that ALOE Internet telephony solutions are the most successful in this market: “The US has a huge market for VoIP solutions.”

Apparently, MFI Soft is in fairly close relations with the Russian special services. In April, its CEO Alexander Belyakov was invited to join the Russian delegation at a forum on cyber security in Garmisch, in Germany. This conference is held annually with the approval of the highest-ranking Russian officials in the field of information security, and among its organizers are the head of the Institute of Information Security Problems of Moscow State University, Councilor of the Security Council and former head of electronic intelligence of FAPSI, Vladislav Sherstyuk and Nikolai Klimashin, position of deputy secretary of the Security Council of the Russian Federation.

Discovery Telecom Technologies (DTT) manufactures equipment specifically for this type of wiretapping. The company was founded in Moscow, but now has offices in Switzerland and the United States, where it settled in Salt Lake City, Utah. Judging by its site, the company's clients include the Federal Security Service of Russia.

Its 8-channel active GSM interceptor with decoder A 5.1 (known as the Interception System with an intermediate AIBIS base station) weighing about 10 kg is capable of intercepting GSM traffic.

“This product is capable of intercepting all cellular communications traffic,” said Christopher Sogoyan, a leading technical expert at the American Civil Liberties Union ACLU. According to the product description, the GSM interceptor can listen to up to eight incoming and outgoing mobile phone calls "with any type of encryption, in real time." It can also work “with moving and stationary objects and provide conversations and data in real time, analyze the received data, intercept IMSI / IMEI and do selective suppression of GSM traffic in a given area” and even carry out “operations on behalf of a given object”.

The interception of GPRS traffic is also not a problem for AIBIS, which means including intercepting SMS messages and tracking Internet browsing. Recently, a module was added to the system that determines the location of the phone being listened to. From a practical point of view, this means that a car equipped with such a device may be parked near the office of the person being listened to or, for example, be in the back of the square where the mass demonstration takes place.

The company's website claims that the interceptor is delivered worldwide.

As reporters Mark Ambinder and David Brown wrote in their book Deep State: Inside your Government Secrecy Industry: “Your data could be intercepted in Russia, China or Israel if you drove through these countries. Recently, the FBI quietly dismantled transmitters installed at several cellular stations in Washington, which transmitted the intercepted data to foreign embassies. ”

Russian tracking technologies are not just about people. Russian startup Doroga.TV helps New Yorkers track the movement of city buses. Last October, Doroga.TV agreed with the New York City Municipal Transport Agency to launch an online test service for passengers of local buses in a test mode. With this service, residents of New York will be able to track the location of buses in real time, watch forecasts of their arrival at the bus stop, taking into account traffic jams, as well as calculate the best route.

Compared to other surveillance technologies developed in Russia, this technology looks absolutely innocent. According to Evgeny Makarov, director of development for Doroga.TV, the New York project is in the testing phase.

Doroga.TV, founded in 2007, with a staff of 12 people, is going to track the movement of New York buses using GPS receivers, and then provide statistical data to city services. This service has already been implemented in several cities of Russia. If the project takes place, residents of the “Big Apple” will have to thank Moscow for their help in dealing with traffic jams in New York.

Joint investigation by Agentura.Ru, CitizenLab and Privacy International with the participation of Robert Bekhuzen. Published in English in Wired, in Russian - in Forbes