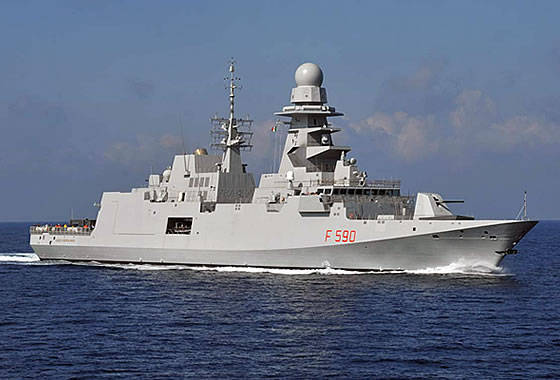 The Italian government and the Ministry of Defense have taken steps towards creating a long-term weapons procurement planning system: a three-year defense budget was published for the first time.


According to the Defense News, the government also announced for the first time details of financing a number of programs, including the first payments in the amount of 580 million euros (758,6 million dollars) for the purchase of two Israeli-made DRLOi aircraft.

Transparency, from which the political parties of Italy have long shied away, was made possible by the efforts of the former government of Mario Monti. In April, he was replaced by a new coalition Cabinet, which continued this policy.

The long-term budget ensures the transition to a planned procurement system, however, according to Defense Minister Mario Mauro, if the country's parliament decides that the costs are too high or small (for a particular year), it will be able to adjust them.

Equipped with a high-resolution surveillance system, the OPTSAT-3000 species surveillance satellite of Israel Aerospace Industries (IAI) will cost the Ministry of Defense 170 million euros, 41,6 million euros of which will be paid in 2013 a year.

The new program for the acquisition of a multipurpose combat ship worth 390 million euros, intended for the material support of submarines, support for special operations and research missions, will be partially funded by civilian R & D funds.

The number of purchased armored vehicles VTMM company "Iveco" in the version of the ambulance increased from 12 to 16 units.

The implementation of a number of programs is delayed. So, from 2015 to 2019 the year was postponed to complete the purchase of new ATR aircraft for maritime patrols, which will replace the outdated Atlantik. With 2014 on 2019, the year delayed the conclusion of a contract to buy an AW-101 helicopter for the Navy. The acquisition of small bombs shifted from 2013 to 2015 year. At the same time, funding for the third phase of the development of Vulcano’s long-range munition from the Oto Melara company will increase from 119 to 150 million euros.

Ctrl Enter
Noticed oshЫbku Highlight text and press. Ctrl + Enter
We are
Russia firmly occupies a place in the global arms market 2 and will maintain its position in the foreseeable future.Armored Vehicles Market in the Middle East in 2005-2012 and forecast for 2013-2016
Military Reviewin Yandex News
Military Reviewin Google News
2 comments
Information
Dear reader, to leave comments on the publication, you must to register.