Up and into the dark thread goes 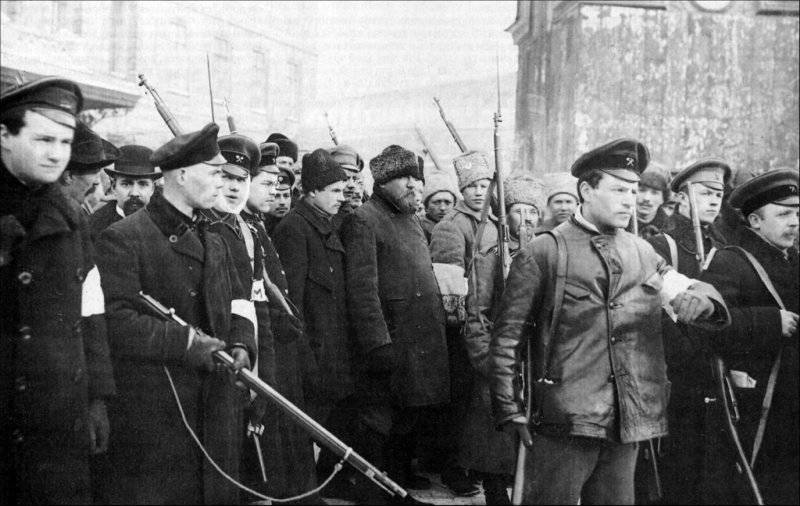 Behind every attempt to destroy Russia is her own “elite”


Historical Russia's experience convincingly shows that it is a matter of national and state importance - not to try to adapt self-appointed "elites" to public benefit, but to educate and put forward new ones.

An indispensable condition for the success of any nomenklatura revolution in Russia is the desire of the elite to arrange this revolution for their corporate purposes. “The indignation of the masses” and even “reliance on the interventionists” is just an accompanying toolkit.

Four hundred years ago, Russia experienced a political crisis. The crisis, which above all can be called a crisis of power. After the death of the great sovereign Ivan the Terrible, the ruling elite for many years could not come to a political consensus. It is the internal elite confrontation that led (as the crisis developed) to the involvement of external players in the internal political struggle - Poland, Sweden, pursuing their goals and defending their interests. This is on the one hand. On the other hand, the opposing elite clans sought support not only outside, but also among the people. Boyar groups tried to use popular indignations caused by crop failures and famine years in their own interests in the struggle for power or for participation in power.

It would not be an exaggeration to say that the main mechanism of the Time of Troubles is the struggle for power within the political elite. At the same time, the hostage of the bout, on the one hand, and the tool, on the other, was the people, their rebellion and outrage. Only if a part of the political elite and / or external actors gain (seize) a function that controls the popular outrage (discontent), can this lead to a real revolution and a change in the political structure of the country.

I want to specifically note that all the Troubles took place exclusively in the capital. And only then it was in the provinces that the militia forces were formed, restoring statehood in Russia.

The so-called popular outrage in itself never has a different perspective than bloodshed, robbery, theft, pogroms and violence. If other players do not stand behind popular riots and indignations (external forces or part of the elite), then the “Russian revolt, senseless and merciless,” ends sooner or later with nothing from the point of view of imperious political changes in the country. However, it is always possible to plunder and plunder. Such was the fate of the uprising and Ivan Bolotnikov in the Time of Troubles, and Stepan Razin, and Yemelyan Pugachev. A people as a rebellious crowd is never a real bearer of political goals. Such is only the political elite. The end of the Troubles and the victory of Russian statehood were based primarily on finding political consensus within the Russian elite, its rejection of any cooperation with foreign players and the support of this consensus by the people.

Soviet historiography called the abdication of the sovereign Nicholas II the throne "February bourgeois-democratic revolution", which is true to a certain extent. However, it would be more accurate to call this revolution “military-oligarchic”.

The indignation of the residents (mainly residents) of the capital by the fact that in Petrograd there was no bread for the second day in the shops — the design is artificial and in a certain sense demonstrative. The “revolutionary situation” due to the lack of fresh bread developed only in the capital, and relatively few people took to the streets of the city - for a generally trivial reason that could easily be eliminated or not allowed at all.

In fact, by February 1917, an oligarchic conspiracy was organized inside the ruling political elite, in which high-ranking military officials were involved, corrupt in the process of supplying the means of war to the troops. It was the tsarist generals who in fact forced Nicholas first, and then Michael, to abdicate the throne and transfer power to the so-called Provisional Government. This renunciation was not motivated by any real demand from the people for the overthrow of the king. The king as an institution prevented the then political clans and oligarchic groups from fighting for power and for the possibility of the formation of superprofits. The difficulties of wartime and sabotage, which fueled popular indignation, became in the hands of the elite groups striving for power the instruments of overthrowing the king.

The role of German intelligence in these and subsequent events (the October seizure of power by the Bolsheviks) has been studied fairly well. However, the role of the British Crown is no less interesting. Britain is the driving belt of intervention and the Civil War in Russia. In this war for more than four years, we have killed ourselves.

There is currently no exact final data on the number of victims of this Big Troubles. According to weighted average estimates, about 10,5 million people were killed on the fronts, suffered from “red” and “white” terror, from banditry, from hunger and epidemics. The fact that after such losses and such self-destruction, the country was able to withstand and only twenty years later win the most terrible war in the history of mankind (the Great Patriotic War), is incredible.

At the same time, the victory of the Reds was largely due not only to the popularity and intelligibility of socialist (communist) rhetoric, but also to the fact that the Reds opposed themselves to foreign intervention, and the whites, on the contrary, relied on it. The lessons of the First Time of Troubles (1593 — 1612 years) were repeated once again: those who strive for power in our country, relying on external support, ultimately do not have success.

Intellectuals as a consumable for party nomenclature

The so-called perestroika, and then the collapse of the USSR, is a purely elite project and only elite. The masses of the people were included in it strictly according to plan and according to the plan they were used in a rude and cynical form.

By the 70 years, the Soviet nomenclature for the most part understood that the power of families and clans within the Soviet system is irreproducible. The constant threat of cleansing. At best, children and grandchildren can inherit an apartment, which, moreover, can always be taken away. Even a device for the prestigious work of the heirs was possible only while the parent was "in the cage." The nomenclature is tired. It became clear that further will only get worse. And the Soviet elite really took care of how to make their "elitism" hereditary. In addition to the formation of family capital, the nomenclature could not invent a different system of reproduction of power.

The USSR was doomed, since a significant part of the Soviet elite set itself precisely this goal. And this goal coincided with the aspirations of external players. The rest was, as they say, the matter of technology. It was necessary to organize and skillfully direct discontent and popular outrage. And there was a lot of dissatisfaction: who was annoyed by the lack of consumer goods, some by the lack of a sufficient set of foodstuffs, who were both deficient at the same time, and who were privileges of the party nomenclature. Much in our life did not like, and this discontentment was specially formed, created and intensified.

By the way, the fate of the USSR referendum is curious. With a seemingly large number of disgruntled people, the people did not want the country's disintegration. Those who entered the so-called defense of the White House in August 1991 of the year did not want to destroy the Soviet Union in the least, did not anticipate the Belovezhsk Accords and began the "construction of capitalism" in our country. The defenders of the White House were only outraged at the attempt to seize power by a group of unsympathetic comrades - greatly frightened and having an insane hangover look.

By the way, the same today, those who gather in Bolotnaya argue that in no case do they want neither civil war, nor revolution, nor the collapse of the country. They simply resent how the votes in the parliamentary elections were counted.

It should be understood that those who play in the Big Political Games are absolutely not interested in why (or why) people actually go outside. Their task is to use ANY popular indignation for their own purposes.

Then, at the end of 80's, it was not difficult. Moreover, the Soviet population is a highly educated population. Moreover, it is idealistically educated, therefore susceptible to ideological treatment. The Soviet population did not want and did not know how to live without ideology. The communist worldview was deliberately destroyed, arguing that now there would be no ideology at all, in fact replacing the communist way of thinking with the ideology of the market and liberal democracy. With the same force with which the Soviet people believed in communism, they believed in the bright future of liberal capitalism. The Soviet intelligentsia, prone to fantasies and actively helpless (“give me freedom, then I'll show it!”), Is the most fertile material to use in the dark. She and used in full in the "struggle for freedom."

The so-called “protest activity”, which stirred up in December 2011, is not fundamentally different from the one described above. And here the “creative class” has absolutely nothing to do with it, nor “disgruntled citizens”.

What unhappy left on the square? Many: fair elections, migrants, the Russian question, conditions for business, corruption, fatigue from Putin, freedom of sexual minorities, or lack of freedom of sexual minorities. In general, as we already know, it is completely unimportant what exactly they do not like. The question is how these crowds are used.

It is already obvious that all these various “discontent” are skillfully replaced by one, but the main and principal discontent - “Down with Putin!”. Because it is obvious that in a normal, fair and legitimate election, Putin wins. The overthrow of Putin is the main and already practically declared goal.

And this goal is clearly imposed on “angry citizens” from the margins of the next intra-elite confrontation. The main question is how much the participants in this confrontation are ready to defend their clan interests through the new Troubles. And it is better to get rid of this dependence.

Ctrl Enter
Noticed oshЫbku Highlight text and press. Ctrl + Enter
We are
The world we leave, the world we enter, and the world between themOn the other side of the “red” and “white”. Izborsk Club Report
Military Reviewin Yandex News
Military Reviewin Google News
46 comments
Information
Dear reader, to leave comments on the publication, you must to register.