Russian aviation is getting on the wing

17 2013 June
47
The Russian Air Force conducts a series of exercises that are aimed at developing refueling techniques in the air, as well as combat use aviation. The intensity of combat training in recent years has grown significantly, which makes many observers wonder about the goals and objectives of the Russian Air Force. Currently, the practice of combat training has increasingly begun to include “sudden checks” of combat readiness of units. Depending on the level of verification, individual units, military units or formations are raised in the country by alarm. The purpose and meaning of these checks is to evaluate the real combat readiness of units and subunits in practice, not in words.


Such inspections were carried out regularly before, but in the post-Soviet period they became quite rare, and their organization made it possible to obtain information in advance about the date of their conduct, which nullified the whole idea. Nowadays, the number of inspections has grown, and their preparation allows us to obtain a more or less objective picture of the state of combat readiness of subunits, identify shortcomings that are common to the entire system and specific to particular parts, and then eliminate them. It is planned to carry out surprise inspections in the future: they will be regularly held by all military districts and types of the Armed Forces. Several years of such activity - and the habit of constant readiness for action will enter into the flesh and blood of the commanders, which is probably the main purpose of such checks.

Recall that the beginning of a new surprise test of the Russian army, Chief of the General Staff, Army General Valery Gerasimov, announced 27 on May 2013 of the year. This check continued for 3's days. 1 combat aircraft, 185 armored combat vehicles and almost 240 thousands of military personnel were involved in checking the combat readiness of military units and formations of the armed forces of the East Kazakhstan region, the Military Transport and Long-Range Aviation, and the 9 command of the Air Force and Air Defense of the Western Military District. 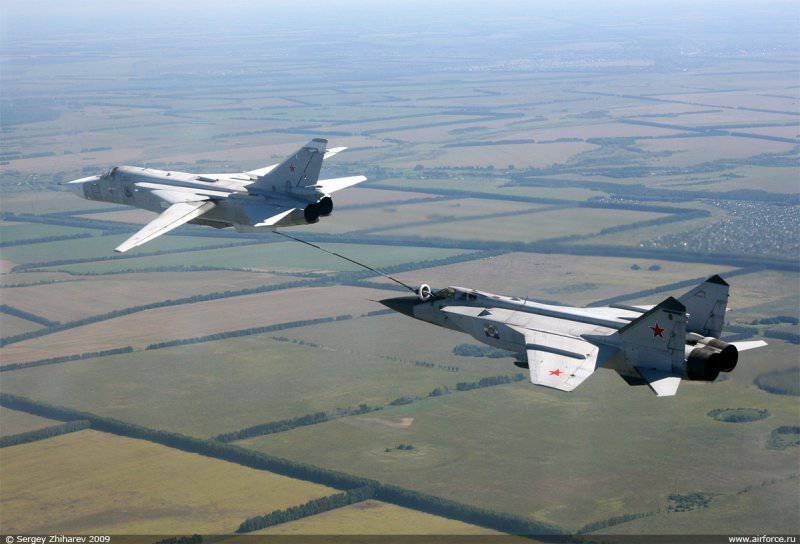 During an unscheduled inspection, the MiG-31 interceptor fighters took up continuous combat duty in the north of the country. The strategic bombers of the Tu-95MS, which took off from an air base in the Saratov region, played the role of a conditional opponent at the exercises. In addition to aerial bombs, these strategic bombers are armed with various cruise missiles.

According to the results of the measures taken, the Minister of Defense of Russia Sergey Shoigu evaluated the units of the Air Force and the Aerospace Defense ready to repel a possible aerospace attack and promised to continue the practice of conducting such checks. “The final results of the surprise check will be announced later, but we can already say that, in general, the troops of the Air Force and the East Kazakhstan region are able to accomplish the tasks of repelling an enemy from an aerospace attack, transferring troops to designated regions and destroying enemy ground targets” - Sergei Shoigu said at the conference call at the General Staff Center.

On May 30, representatives of the Russian Ministry of Defense reported that in the course of the conducted test of the combat readiness of the troops, the MiG-31 fighter-interceptors had detected and then hit cruise missiles of a potential enemy. Earlier, Sergei Shoigu reported to Vladimir Putin that 9 from 11 missiles that had been fired by a conditional opponent were intercepted during the exercises. The Russian president responded by saying that “the result is in principle satisfactory.” 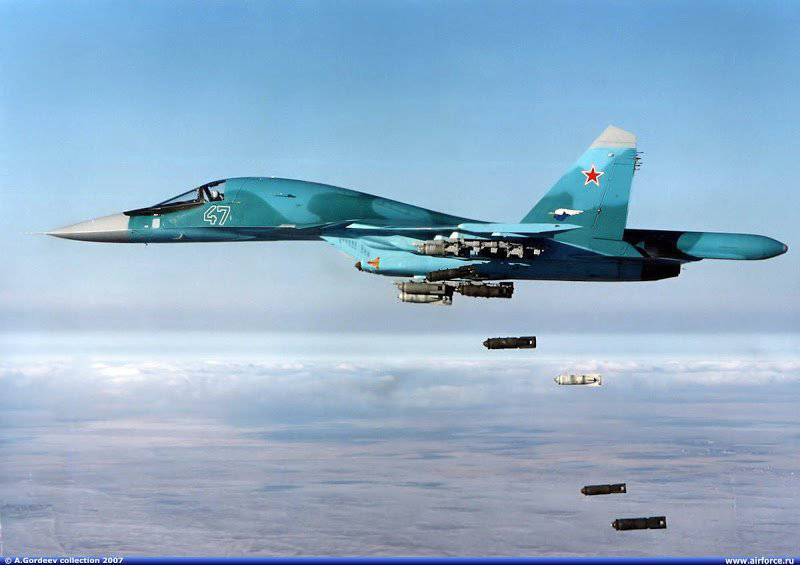 Constantly appearing news Regular exercises in the Air Force and in other types of the Russian Armed Forces often give rise to speculations about the “unexpected activity” of the Russian army, as well as its possible consequences. But everything falls into place if this activity is assessed in comparison with the previous period of the Soviet / Russian stories. Nowadays, due to the increase in defense spending of the Russian Federation, it is able to return to the already forgotten practice of normal combat training. At the turn of 1990-2000-s, the main part of Russian military pilots, for example, had a total flying time of 20 hours per year, while there were those pilots who flew even less: in 5-6 hours per year. This training was more dangerous, first of all, for the Air Forces of the country themselves than for our potential opponents: the de-qualification of the pilots made virtually any flight a kind of Russian roulette game.

In this regard, the example of the major Russian Air Force Valery Troyanov, whose Su-27 fighter crashed on the territory of Lithuania 15 September 2005 of the year after he ran out of fuel, is indicative. The pilot, rarely rising into the sky, simply lost his orientation during the flight from the Siversky airfield (in the Leningrad region) to the Chkalovsk airfield (in the Kaliningrad region). And now the Minister of Defense of Lithuania expresses concern about the increased activity of the Russian Air Force. The average flight time of our pilots began to grow, starting around 2007-2008. By 2010, this figure has already exceeded 70 hours per year, and in 2012 year - 100 hours. At this point in time, the state of the aviation fleet, as well as the economic capabilities of the Air Force, makes it possible to bring this figure to 150 hours per year, and this is already more than in the Air Force of an overwhelming number of countries in the world.

One of the main elements of the combat training of the Russian Air Force today has been the refueling of airplanes in the air. Practically at the same time, refueling exercises were held in the Western and Central Military Districts of the country, dozens of military aircraft were involved in them. The scale of these exercises could be even larger, but it is strictly limited by the number of IL-78 aircraft tankers in service. A temporary solution to the problem is that the suspension for combat aircraft of the petrol unit UPAZ only partially corrects the situation. 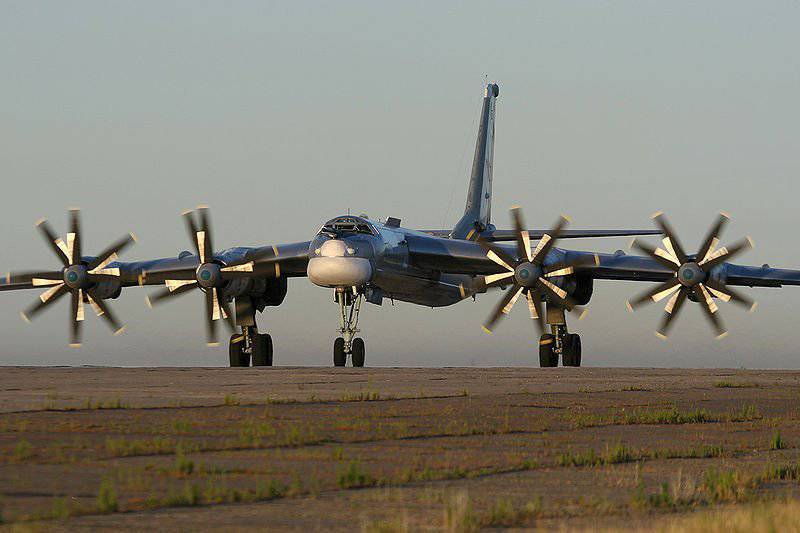 In general, it can be noted that refueling airplanes in the air today is urgently needed for the Russian Air Force - without it, rapid transfer of aircraft to the right place under its own power is impossible, and given the limited financial resources that do not allow the military to increase Air Force forces throughout Russia, operational maneuver becomes almost the main key to the defense of the state. In the future, the Russian Air Force plans to continue purchasing aircraft tankers, their fleet will only grow. But in order to achieve a positive effect, it is worth considering not only the acquisition of strategic tankers of the IL-78 type, but also smaller tactical aircraft, the units of which could be subordinated to the military districts air command. And, of course, preparation is necessary - refueling aircraft in the air, especially at night or in bad weather conditions, is a rather complicated process that requires good training from pilots. In this case we are talking about both the crew of the tanker aircraft and the crew of the aircraft being filled.

Currently, pilots of the Western Military District are becoming one of the most flying in Russia. The pilots of this district spent over 20 thousands of hours in the sky and made more than 1500 sorties for the combat use of aircraft, which significantly exceeds the performance of other aviation associations and commands. Ongoing intensive combat training, as well as flights to various ranges, regular flight tactical exercises, flights with air refueling allowed the personnel of the ZVO to have more raids than in all other districts, and also to make the most of sorties for combat use in all Air Forces country.

The winter period of training for the unification of the Air Force and Air Defense of the Western Military District with a sudden unscheduled check of combat readiness, which was carried out at the direction of Russian Defense Minister General of the Army Sergei Shoigu, ended. More than 100 fighter and bomber aircraft of the ZVO were involved in the test. During 3 days, district pilots in practice worked out the tasks of redeploying aviation and ground combat equipment, as well as personal and technical staff to operational airfields, with work on organizing camouflage, conditional enemy air defense units, and the interception of aircraft on combat duty from new airfields. The Su-24M and Su-34 front-line bombers conducted bombing at ground targets, flying from operational airfields. The MiG-29SMT fighter pilots practiced air combat elements with the search and detection of conditional enemy aircraft in the sky and their subsequent destruction, while the MiG-31 fighter-interceptors solved the tasks of intercepting the conventional enemy cruise missiles. 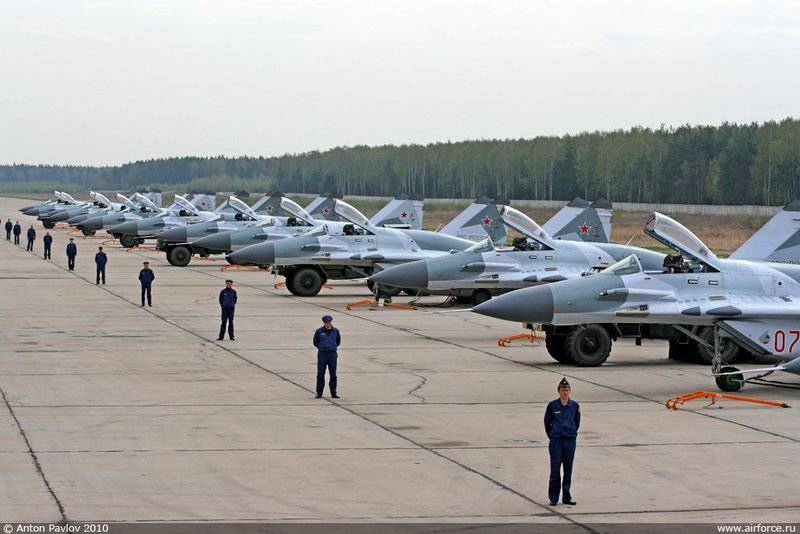 During the winter training period, all young pilots graduates of the 2012 of the year underwent retraining for aircraft that are in service with units and subunits of the Western Military District, and began to make independent flights. Today, young pilots are involved in scheduled flights along with experienced crews. In the completed training period, the average flight time for a young pilot was more than 50 hours. In addition to participating in the planned flights, the crews of the army aviation were able to complete the course and were allowed to perform flights aimed at eliminating ice jams during the flood and allowing for flights to extinguish forest fires.

In the summer of 2013, the intensity of flights will only increase, it is actively planned to work out the most complex elements of combat training of personnel, the number of flights with air refueling and flight shifts at night will increase.

Ctrl Enter
Noticed oshЫbku Highlight text and press. Ctrl + Enter
We are
Combat use of Mi-24 helicopters in the war against DonbassAn-12 in Afghanistan
Military Reviewin Yandex News
Military Reviewin Google News
47 comments
Information
Dear reader, to leave comments on the publication, you must to register.