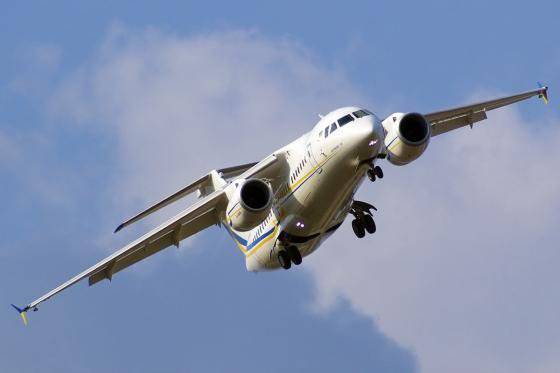 This year, Antonov is showing the participants of the anniversary Le Bourget a new regional jet passenger aircraft An-158, as well as an average transport An-70

Antonov State Enterprise (Kiev), the leading Ukrainian developer and manufacturer of aircraft, will present at 50, the anniversary, international aerospace show Le-Bourget - 2013, which will be held on 17-23 in June on the outskirts of Paris, the new-generation passenger jet An-158 and average transport An-70.

“This year, Antonov is showing the participants of the anniversary Le-Bourget the new regional jet passenger aircraft An-158, as well as the medium transport An-70. Both aircraft will take part in the program of demonstration flights of the cabin, and will also be available for viewing at the static exhibition stand ", - told the Interfax-Ukraine agency on Friday in the company's press service.

According to the agency interlocutor, at the end of last year, the Antonov State Enterprise completed a deep modernization of the An-70 aircraft systems. In particular, the transition to a fully digital control of on-board systems and systems was ensured, the cathode ray tubes in the cockpit were replaced with liquid crystal indicators, the on-board electron-computer machines were replaced with more efficient ones, he said. 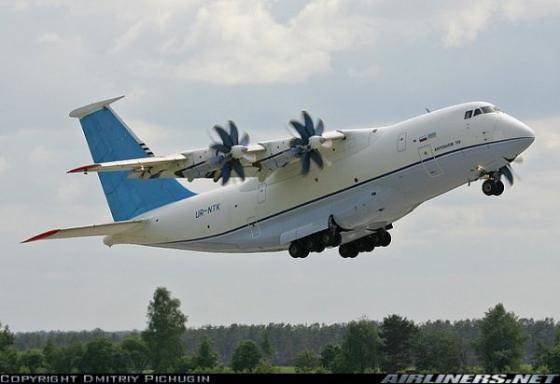 "Thus, the An-70 received a sufficient margin of competitiveness not only in terms of the characteristics of the airframe and power plant, but also the onboard systems," the GP stressed, noting that the An-70 static and fatigue tests were also completed in full today.

"Currently, together with Russian experts, the program of preliminary tests of the aircraft is being completed, followed by the final stage of joint state tests," the press service noted.

As noted in the Antonov State Enterprise, today the company is actively promoting, in the framework of international cooperation, to the world market, including the family of regional jets of the new generation An-148 / 158 on 68-99 passengers with a flight range from 2 to 4, 4 thousand. km

Serial production of An-158 on 99 passengers and 2,5 range of thousands of km. The construction of the An-148, in addition to Kiev, has also been carried out in the Russian Federation at OAO VASO (Voronezh).

The airplanes are equipped with up-to-date and promising noise and emission standards by the D-436-148 engine, developed by Ivchenko-Progress, and manufactured by MOTORSICH JSC (both Zaporizhia). At the request of the customer, it is possible to equip the aircraft with alternative engines of Western production.

“Deliveries of aircraft of the family have already begun to foreign countries. The first such operator, An-148, was Air Koryo, the first production instance of An-158, built at the Antonov Serial Plant, was transferred this year to Cuban airline Cubana de Aviacion ", - noted in the GP. 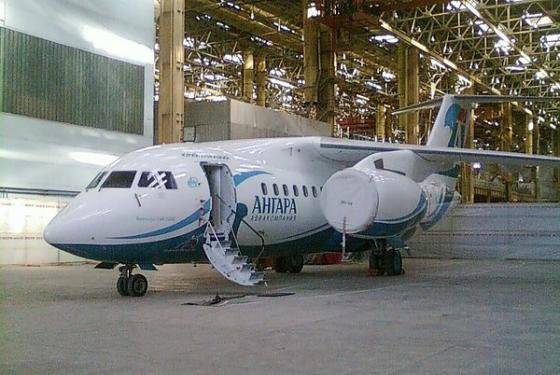 According to the GP, today 19 aircraft of the An-148 / 158 family operate as part of eight airlines in four countries of the world, they have already mastered over 70 domestic routes, fly to more than 40 countries of the world. The monthly raid of individual An-148 exceeded the record in 400 hours, the average monthly flight time of the aircraft reached 320 hours, the daily flight time was 18 hours. More than 1,5 million people have been transported.

As the press service clarified, in 2013, at the facilities of the Antonov state enterprise in Kiev, it is planned to build 12 aircraft of the AN148 / 158 family. According to the developer's estimates, the market demand for An-148 / 158 family aircraft up to 2025 is estimated to be at least 400 machines. The portfolio of orders for the An-148 / 158 aircraft is estimated at more than 130 aircraft.

Earlier it was reported that An-70 included in the state program of weapons of the Russian Federation to 2020 year. The state defense order of the Russian side on An-70 will be 60 machines. According to the Ministry of Defense of the Russian Federation, the mass production of An-70 is scheduled to begin in 2014 year. KAPO named after Gorbunov (Kazan, Tatarstan) was defined as a serial manufacturer from the Russian side. The An-70 serial assembly will be conducted in cooperation with Ukraine, where the wing, tail and engine for the aircraft will be manufactured. To date, KAPO named after Gorbunov and the developer of the Antonov state-of-the-art aircraft (Kiev) have approved a scheme for the cooperation of serial production, and the transfer of documentation for its establishment has begun.

The state program for the development of weapons and military equipment of Ukraine for 2012-2017 years, provides for the delivery of two An-70 to the Ukrainian army in 2014 year. 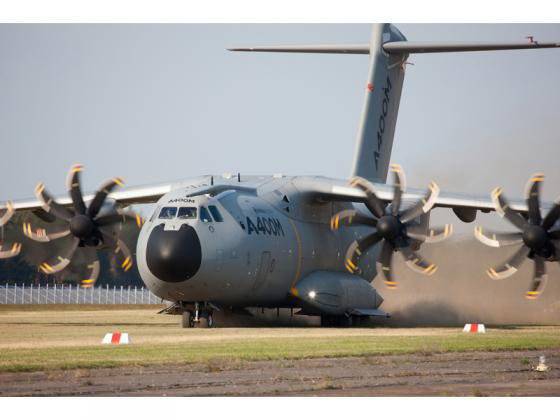 In terms of its characteristics, An-70 exceeds today's existing analogues, including the European A400M, in comparison with which it has half the cost of its purchase and operation. The maximum carrying capacity of the An-70 is 47 tons, the declared A400M is 37 tons, the volume of the cargo compartment is 425 cubic meters, and the A400M has 340 cubic meters. m. The cost of A400M is currently 145 million euros, the cost of An-70 is $ 67 million.

Ctrl Enter
Noticed oshЫbku Highlight text and press. Ctrl + Enter
We are
Group of Companies "Tethys" at the Seventh International Navy SalonRussia will show NATO deadly weapons
11 comments
Information
Dear reader, to leave comments on the publication, you must to register.