WikiLeaks-Aurora of the world information revolution 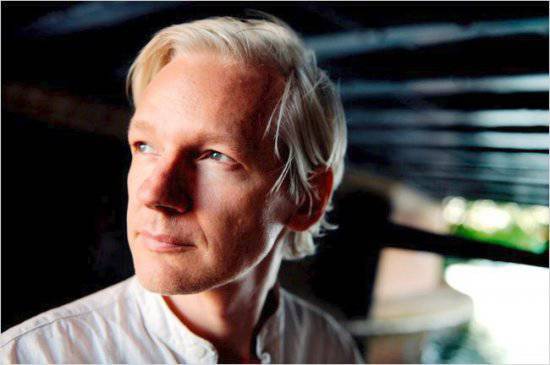 To understand the full picture of the personality of Julian Assange, I would like to first refer to his biography. Assange's childhood was difficult, because of the riotous life of his mother, he did not have a permanent shelter, did not know his father's love, was deprived at the very beginning of his life, one of the main human values, home hearth. Maybe it was this that made him become a hacker, immerse himself in the virtual world and start revenging everyone, and it’s not clear who it was for. Virtually all of his time he devoted to the virtual world, gradually believing in its truth, and deciding, no matter what, to find the power in it and rule it.

In the 16 years, Assange, together with the left accomplices, created a hacker group with the rather strange name “Worms against nuclear killers”, well at least not worms, although it might be more appropriate. The following years, they apparently engaged in the search for nuclear killers, which would punish them according to the laws of good and justice. And in the 1991 year, when he was 20 years old, and not having managed to get close to more than one killer, he decided to hack the server of the Canadian telecommunications company Nortel. For which he was punished, a search conducted in his home showed that not only Nortel but also some closed computer networks became his victim. He immediately pleaded guilty to all counts and behaved very roughly during the detention for the period of the investigation, for which he was spared, reprimanded and released, obliging him to pay a fine of Australian dollars to 2100.

All that he achieved, with his first feat, is a prolonged depression about his girlfriend who left him, who took with them their common son. But life went on, Assange wrote programs and worked quite fruitfully in the field of computer security, continuing to nurture the idea of ​​making mankind happy. In 2006, this idea found its realization in its main project, the site WikiLeaks. WikiLeaks is a site for the anonymous publication of various military, political and other various leaks of confidential information. At the moment, the central server of the site is located in Sweden - the country's constitution provides maximum protection to the hosting provider, by the way, not very well known to this Hosting provider “Pionen” has done a great advertising. The main feature of the "engine" WikiLeaks is the possibility of multiple duplication of information, the encrypted data is stored on the hard drives of computers scattered around the world, while the owners of computers can even be unaware of it. For this reason, these materials cannot be confiscated or destroyed. 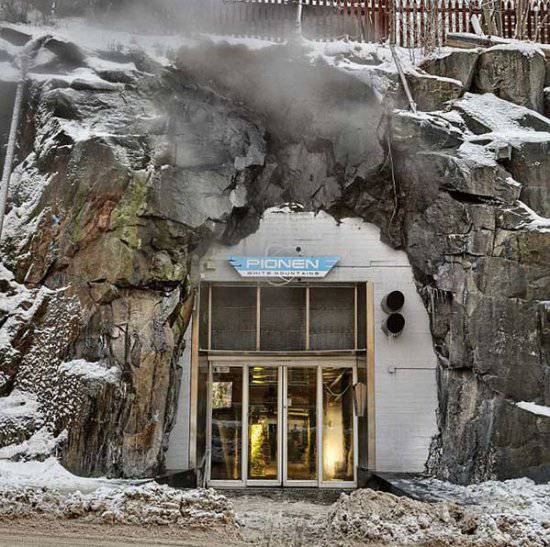 Since 2006, the site has begun to expose. Somalia was the first to come to the hand, an order was published on the website about the assassination attempt on Somali government officials, signed by one of the leaders of the Wahhabi opposition, Hassan Dahir Aweiss. The document was accompanied by a postscript that it might be a fake CIA, not much hanging on the site and without causing much resonance the document was removed from WikiLeaks, the first pancake, as they say lump.

The next publication, a report by the private consulting company Kroll Inc, unexpectedly hit the front page of the London Guardian, the newspaper printed this report with reference to WikiLeaks, this was the site’s debut on the pages of the world's largest newspapers. The report published the results of the investigation of Kroll Inc. financial abuses of former Kenyan leader Daniel Arap Moi, a great US friend.

In 2008, Sarah Palin's e-mail correspondence of the highest level American politician, Republican candidate for US Vice President, appeared on the site. Palin herself was to blame for the leak, who used her personal account on Yahoo to discuss business issues, thereby violating federal law on the protection of proprietary information. This time история received wide publicity in both the American and world press, the perpetrator of the leak was quickly found and punished.

In November 2009, the publication of the correspondence of British climatologists was the biggest sensation, which had the most disastrous effect on the attempts of the international community to limit the emission of greenhouse gases into the atmosphere. In this publication, called Climategate, it turned out that some of the data on global warming is falsified.

In 2010, the so-called “Afghan War Diary” appeared in the largest media in Germany, the UK and the USA. According to the intentions of the publishers, this selection of a huge amount of documentation (92 000 documents) was supposed to force the Obama administration to reconsider the strategy of the Afghan war. 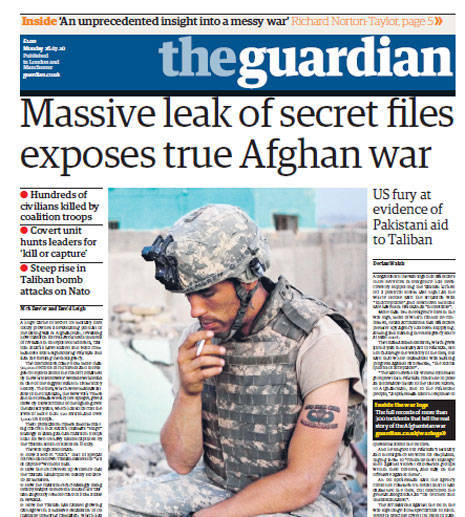 After the publication of all these leaks, Assange gained scandalous fame and clearly defined the motives that drive it. And it is driven by excessive vanity and lately protection from criminal prosecution, it does not matter what results and consequences his publications will have, as well as the motives of the sources supplying information. “Informers write denunciations for money,” he said in an interview with Radio Liberty. - Someone of them writes a denunciation to eliminate a competitor, a neighbor or just an enemy of the family. But someone does this for absolutely legitimate reasons. ” It turns out that he simply craves fame and recognition, without knowing which of his sources and why this or that leak, published by him, is beneficial, but what about “Worms against nuclear killers”.

Shortly after the Afghan diary, Assange announced that he was preparing a new sensation, a collection of materials - an archive of diplomatic dispatches of US embassies that would show the wrong side of American diplomacy and radically change international policy.

The leak occurred, flooding the entire world press. But the big sensation, as everyone has already seen, did not work out, the main part of the published dossier consists mainly of unclassified materials, among them come across documents "secret", "confidential" and "for official use" from which you can extract scandalous details, but the main content is trivial . Maybe this is only the beginning, because of the documents declared by Assange 251 287, only 800 has been published so far and in the following parts there will be papers with a “top secret” signature, but for the most part this is diplomatic garbage.

There is also no particular sensation in the materials about Russia, we all know about Putin and Medvedev ourselves, some even know more. Nicknames of the first persons could only cause a smile and amuse especially impressionable ones, and for example, the nickname given to the Prime Minister was most likely flattered. The president, of course, was slightly offended and threatened American diplomats with a finger, accusing them of cynicism. But, as is well known in international diplomacy, healthy cynicism is indispensable; there is no place for gullible naivety here.

All other materials were taken into circulation by our official press and the general public was presented in the most favorable perspective. For example, the message from the US Ambassador to Tbilisi John Tefft on 7 in August 2008 was printed exactly the opposite, in fact, the dispatch reported that the fighting began with the shelling of the Georgian villages of Avnevi and Nule in the evening of August 6. “According to the data we have,” writes Tefft, “today's fighting began with the South Ossetians. The Georgian side is currently responding with concentration of forces and is weighing its further actions. The Georgians, like us, are unclear what the position of the Russians is: whether they support the South Ossetians or are they energetically trying to bring the situation under control. ” According to the Russian Reporter magazine version, it turned out that, according to American diplomats, Georgia started the war.

All other materials either did not come out at all in print, or were processed and presented in the right perspective. Of the unpublished ones, for example, we can mention documents reviewing the versions of the murders of A. Litvinenko and dispatches from Madrid about the links of Russian organized crime with the authorities.

Official Washington talks about the activities of Assange with undisguised irritation. At the briefing, for foreign journalists, who was conducted by Undersecretary of State Philip Crowley, he strongly urged those present to treat WikiLeaks with caution. “Mr. Assange is not a journalist. Assange is an anarchist who does not deserve protection, which relies to a journalist ”such was Crowley’s answer to the question of a free press.

The most important question that keeps the big Washington bosses awake is whether Assange’s “insurance” will work. The amount of 1.4 gigabyte insurance, a file with the same name can be downloaded from the Assange site since July 2010, but you cannot open it, the code cannot be cracked yet. What is there, few know, according to the statement of the lawyer Assange, this “thermonuclear explosive device”, which will be detonated if WikiLeaks or Assange is in danger.

The phenomenon of Assange is essentially a special case of a new world phenomenon, the information revolution. Assange is not objective, he is not a real journalist, comparing facts and conducting an investigation in an attempt to get to the bottom of the truth, he is not interested in the goals pursued by his informants, he needs scandalous fame and protection from persecution. But many people consider him to be a true, truthful source of information with which big politics and big business have to reckon. The potential of the information revolution of communication technologies that takes place before our eyes has not been fully appreciated by Assange and WikiLeaks is just the beginning.