How we became the worst enemies of the motherland ... 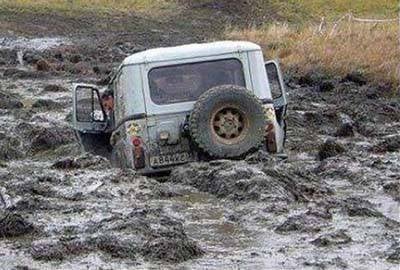 Write this material made me analyze the comments that are written on the site. It is clear that in Russian, more precisely, probably, the Russian site, the prevailing number of visitors are Russians. But citizens of other countries communicate with us with pleasure. More precisely communicated until recently. Now the appearance of a person with certain flags automatically entails a negative, even insults.


The site somehow imperceptibly from the military-patriotic began to turn into a nationalist. Do not be afraid of the word Nazi. Everything that is not connected with the Russian culture in Russia, in the comments, is subjected to such monstrous dousing with sewage.

Probably the most popular topic today is religion. More precisely the role of religion in the state. How many tearful or angry materials are written on the topic of Orthodoxy in Russia, do not count. How many reproaches we and I received, including the fact that we are not fighting enough for the faith of our fathers with Islam, Judaism, Buddhism and so on. You read the recordings and it becomes both sad and funny. The largest in number of adepts religion seems so helpless that it must be protected.

They remember our great ancestors, the battles of the Russian army, they recall the feats of our people. But then these memories look kososoko. In the First World War, the Russians won. But what about Barclay or Bagration? In the Russian army there have always been and there will be Russian soldiers of all nationalities of Russia.

And the majority of faith was Orthodox. But what about the Muslim Tatars? With Buddhist Kalmyks? With the idolaters of the North? How to deal with Siberian Germans Catholics?

History Our country teaches the simple truth in this matter — religious tricks appear when anti-Russian forces appear in the country. When you need to find a reason to make us fill the face with a neighbor, with whom he had been friends since childhood, he went to one class. For hundreds of years we have been living nearby. And the church with a mosque, a synagogue or a house of worship stands nearby, the priests are friends. Yes, and we go there more out of interest than from religious preferences. However, suddenly we become suddenly ardent defenders of the faith of the fathers. Ardent to such an extent that they are ready to kill for her. And the ugliest thing are those that kill.

But the church is just one of the tools to maintain the unity of the people.

And Russia was always called Holy, not because God’s chosen, but because the plans of our ancestors were always pure. Russia has never been a country of slaves, even under the Tatar-Mongols. No slaves, even God's. We absorb other nations, but we never deprive them of the right to choose Faith.
And now, I read the comments and understand the goal is achieved. A third of my colleagues at the word Muslim begins to nervously fumble his hand on his thigh (as a rule, those who weapon studying on an Internet). In the same way, some part comes with the word Orthodoxy ...

Well, the word Jew in general acts like a red rag in both categories. Jew is guilty with us always and in everything. Just because he is Jewish. We will surely dig up the pedigree of any and find Jewish roots if it is an enemy. And vice versa, respectively.

That is why, in my vision, the zealots of the faith of the fathers, the defenders of God (Allah, Buddha, Yarila, and all the rest) are in the front ranks of the enemies of Russia. They want to destroy the country, destroy the unity of more than 160 peoples of Russia, disperse us on religious grounds.

Another category of enemies is commentators on articles about embezzlement, about lawlessness of officials, about corruption. The benefit of the soil for such materials is now a dime a dozen. On sly Putin puts things in order in the bureaucratic class, which means that the rot also comes to light more and more. Cutting the state budget has become so commonplace that even journalists do not really take up this topic.

Such articles are needed! And this filth must be revealed and uprooted, transplanted from easy chairs to the bunks. Impunity and arrogance of officials and in general those in power infuriates everyone.

But I'm talking about something else. Read the comments on such articles. In the case of a written third of the maximum. The rest is filth in the direction of the president and the government (as if the bribe taker was caught personally commenting, and not the state structures). In general, all the country's leadership is not good people. We do not speak about Putin, simply because he is not substituted. The rest is all garbage ... Last year there was a single person about whom Rogozin was good. In this chose Shoigu.

If a good Law is adopted, one of the ministers says that we are pleased is the norm. The rarest case of unanimous approval, s. More often rejection of the actions of the authorities.

Moreover, a huge army of writers perceives the word official and the word reptile as synonymous. And we sow in the minds of readers disbelief in power as such. And for foreign colleagues we give food for doubt. Some New Zealanders read our site and understand: bad in Russia. Lawlessness in Russia. Need to fight for the rights of Russian! I'll go to the militants to help overthrow this power.

Well, and the third category of enemies, the authors of the comments about the terrible life of the people in Russia. As for the second, the theme is bottomless. In any city, in any region, there are hundreds or even thousands of such topics. And journalists raise them correctly. Otherwise, the person is left alone against the system. And loses.
I remember a series of publications about Kvachkov. What is not written. Who he just was not. Odes composed to glory. And they forgot about the man. About the old, honored man. They expressed their power to Fu, lit up on TV and that's it. But people believed in the sincerity of the written.
And again the result of such a reading is Russia is a dead country and it is necessary to flee from here.

I talked recently on the Internet with an American. This, mother. Patriot to the bone marrow. By the way, read our magazine periodically. And he gave me a terrible American secret. And you know what it is? Russia will never be happy unless, of course, adopts the American slogan: Maybe my country is wrong, but this is MY country. We can talk about everything, but no one gave us the right to foul in our own home. Please consider this particularly zealous.

Ctrl Enter
Noticed oshЫbku Highlight text and press. Ctrl + Enter
We are
A bit about patriotic education in RussiaWhat you didn't want to know about England
Military Reviewin Yandex News
Military Reviewin Google News
217 comments
Information
Dear reader, to leave comments on the publication, you must to register.