Chernobyl was blown up to destroy the USSR and tear Ukraine away from Russia, - a study 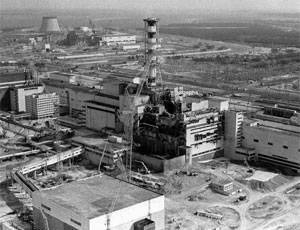 The tragedy at the Chernobyl nuclear power plant was deliberately provoked to the collapse of the USSR and the separation of Ukraine from Russia.


These are the results of an independent physico-technical investigation conducted by nuclear physicist Nikolai Kravchuk (he graduated from the department of the theory of the atomic nucleus of the physics department of the Moscow State University named after MV Lomonosov).

The results of the study are presented in his work The Mystery of the Chernobyl Disaster, published in 2011 in Moscow, where she received a certain response. Even before the publication of the book, after the first leaks in the Ukrainian press, Kravchuk was immediately dismissed from work at the Institute of Theoretical Physics of the National Academy of Sciences of Ukraine.

The findings of Kravchuk in the book review were supported by the professor of Doctor of Technical Sciences. I.A. Kravets and dfm.n. V.A. Vyshinsky. However, the results of the work of the scientist did not reach the general Ukrainian public.

The scientist claims that the explosion of the reactor was pre-planned and carried out under the leadership of the Gorbachev Central Committee of the CPSU, and the wine was carefully dumped on the station staff, who turned out to be a scapegoat. Then the nuclear scientists were forced to justify themselves under the conditions of mutual responsibility and pressure of the “perestroika”. What was indirectly recognized before the world community by the Gorbachev leadership, to which all threads lead.
“In August 1986, the official version of the Chernobyl events development was presented at the IAEA session, and here is its main conclusion:“ The root cause of the accident is an extremely unlikely combination of violations of the order and operating mode, allowed by the unit’s personnel, ”notes Nikolay Kravchuk. That is, the station staff simply could not have blown up Chernobyl without a premeditated external intervention.
Neither the Ministry of Energy of the USSR, nor Minatom of Russia, nor the State Atomic Energy Agency of Ukraine, guided by corporate solidarity in the highly closed nuclear power industry, were interested in an objective investigation, and did everything to prevent it from taking place, in particular, they manipulated the station’s operational journals. As a result, it has not yet been possible to accept a valid official version.

From 1 to 23 April 1986, “the state of the reactor core has changed significantly. Such changes did not happen by chance, but as a result of well-planned, pre-implemented actions, ”Kravchuk writes. The fourth unit contained the maximum amount of radioactive materials on 1.500 Mk. At the time of testing, the reactor was in a highly unstable state with power drops. In addition, in some cells of the reactor there was more highly enriched fuel from nuclear submarines (plutonium-239), which led to a sharp increase in power and temperature in the core. At the same time, the stock of graphite rods damping the reactor was exhausted. Qualified Chernobyl NPP specialists (A. Chernyshev) were not allowed to work on the test day, and those who were then at the station “asked to convince test manager A. Dyatlov to cease the tests IMMEDIATELY, to stop the reactor”. Alas, in vain, as he received the opposite instructions.

In addition, most of the emergency protection equipment for the reactor has been disabled. "The experiment was carried out with the turbine generator (TG-8), on which the bearing was broken, and not with the serviceable TG-7." Vibration tests on enhanced vibration were carried out simultaneously with the idle turbine operation with a decrease in frequency and an increase in the amplitude and power of oscillations. After the steam explosion, which occurred due to a malfunction of the technical systems (bearing) that did not withstand the overload from resonance during the tests, the reaction of the transformation of water and steam into an explosive hydrogen-oxygen mixture (that is, the second stage of the explosive process) occurred, the scientist states.

After the hydrogen volumetric explosion in the confined space of the reactor, a seal occurred to the walls of nuclear fuel from “two or more poliyecae”, which for some reason was in the reactor in excess, and a local critical mass was reached, which led to a “quasi-nuclear” explosion. And only he could shift the “top cover” of the “pans” weighing more than 90 tons by 2000 degrees, located above the active zone ”,“ a plasma cloud was formed inside the unit with a temperature of 40 thousand degrees ”, which was noted by external witnesses of the accident. The presence of highly enriched uranium 238U hidden by personnel "manifested itself in the presence of an excess of California in the accident products" on the first day, Nikolai Kravchuk asserts, "it was he who gave 17% gamma activity, again turning into plutonium-239 (with a half-life more than 2 days - which is essential for the subsequent)! It is worth noting the seismic effect of the explosion of such a force, of such magnitude, which shook the building of a block weighing tens of thousands of tons - it could certainly induce a local earthquake, ”which was recorded. However, despite this clear evidence, the fact of a nuclear explosion, as well as its symptoms, was tried not to be acknowledged.

By itself, this explosion did not immediately lead to a widespread radioactive contamination. The sharp increase in radiation in the next 24 hours was due to the gradual increase in the reaction of plutonium and a series of explosions, greatly enhanced by improper extinguishing with water and sand in the hope that the contents of the reactor are intact.

“If there was an immediate understanding of what had happened, then it was clear what to do - no backfill, except perhaps throwing bags of boric acid!” “It was then, from April 27, the radiation contamination of the neighborhood sharply increased - dozens of times, so what happened On the evening of April 26 was inevitable, and no boric acid would help at that moment ... And if it was immediately clear, it would have become obvious that the most important task was to focus on the immediate evacuation of the population from the 50-kilometer zone. ” However, this was not done.

Noteworthy is the fate of one of the immediate culprits of the catastrophe, Anatoly Dyatlov, who gave criminal orders and was aware, and also about other tests on the block, which were supposed to "finish off" Chernobyl, according to the plan behind him, even if it hadn’t been done at the previous stage (this, alas, succeeded). That, according to Kravchuk, “allows him to understand both his actions and behavior after the accident - as if he had a guarantee against too heavy a punishment?” Through 4 of the year, in October of 1990, after official letters signed by Academician Sakharov, Elena Bonner, and other prominent liberal gravediggers of the USSR, was prematurely released due to illness. He was treated in the burn center in Munich. He died in a 1995 year from a heart attack. Georgy Kopchinsky gave the teams to Dyatlov, then head of the nuclear sector of the CPSU Central Committee in the Heavy Industry and Energy Division of the CPSU Central Committee, formerly working on the Chernobyl Nuclear Power Plant, former head of the Department of Atomic Energy and Industry of the USSR Council of Ministers, then former deputy chairman of the State Committee of Ukraine on radiation safety, finally, in 2000 year - the general director of Gosatom of Ukraine, - and now giving advice in the field of atomic safety!

Perhaps he is one of the initiators of the harassment and silence of Nikolai Kravchuk. Both Dyatlov and Kopchinsky published their own descriptions of the Chernobyl disaster, which do not contain any clear versions of its causes.