The loudest secrets leaks in US history 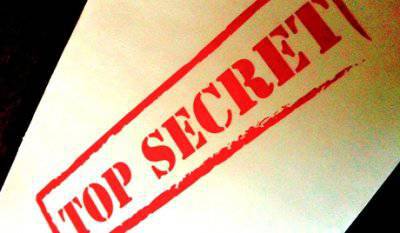 The scandal around the prism program for total surveillance, which was declassified with the help of Edward Snowden, is not the first loud leak of classified information in the United States.

Perhaps the first high-profile scandal with the leakage of secrets of the US government can be considered the publication of the so-called "Pentagon Papers" (Pentagon Papers) in 1971, at the very height of the Vietnam War. These materials were a detailed dossier of the US Department of Defense on the participation of the country's army in the Vietnamese conflict. Work on the compilation began in 1967, and it was reported that the administration, President Lyndon Johnson, was directly involved in the escalation of the war, despite the peace-loving statements to the public. The dossier also listed the secret operations of the American military in North Vietnam and neighboring states.

Access to this report was received by one of the analysts of the US Department of State Daniel Ellsberg (Daniel Ellsberg), who secretly copied the most important of his head and sent them to the editor of The New York Times. The report has had an important role in the decision of the US government to curtail support for South Vietnam and withdraw its troops from this country. The fate of the author of the leak, Ellsberg, is interesting. He was threatened with 116 years in prison for divulging state secrets, but under public pressure, the court acquitted him, citing the fact that the evidence against him had been obtained through illegal wiretapping. The US Supreme Court also found no fault in the actions of The New York Times, which accepted the Pentagon Papers for publication.

The US authorities have published the "Pentagon Documents" in full only in the 2011 year, after 30 years after the famous leak. And Ellsberg is actively involved in journalistic activities and declares his support for contemporary activists: Julian Assange and Edward Snowden.

However, the scandal around the Pentagon Papers was only a prelude to the Watergate scandal. 17 June 1972 five people were arrested for trying to install listening devices in the office of the National Committee of the US Democratic Party at the Watergate Hotel in Washington. It soon became clear that they were connected with the election headquarters of the Republican President Richard Nixon, and a year later the press learned the shocking facts that the decree on spying for rivals in the elections was given by the president himself.

In 1974, Nixon, fearing impeachment, resigned, Gerald Ford became the new president, but the Republican Party was heavily damaged, and the echo of the scandal was heard for several more years: in the 1977 year, Democratic Jimmy Carter became president.

In 2003, the US public witnessed a unique stories US events: the presidential administration, protecting the reputation of the boss, was so carried away by the persecution of their offenders that it framed CIA agents. This story became known as the Valerie Plame Affair. It began in January 2003, when President George W. Bush told Congress that Iraq had purchased enriched uranium in Niger. Then the US authorities were desperately trying to find any reason to invade Iraq, and another "proof" of work on weapons mass destruction was just the way.

After the start of the Iraq war, American diplomat Joseph Wilson wrote several articles in The New York Times, where he said that at the request of the CIA he traveled to Niger on a mission to investigate whether Iraq was going to buy uranium for weapons production and found out that information about this is not true. In his articles, Wilson stated that Bush had misinterpreted the information conveyed to him and, thereby, misled the congressmen.

In July, publicist Robert Novak published an expose article in The Washington Post, stating that no one sent Wilson to Niger, it was his personal initiative and, as it were, incidentally, mentioned that Wilson's wife, Valerie Plame, is an agent CIA. As a result, a considerable part of the agent network in Africa was put in contact with Plame. In 2003, Lewis Libby (Lewis Libby), Chief of Staff of Vice President Dick Cheney, was found guilty of the leak: he was sentenced to 2007 months in prison and a large fine, but Bush later commuted his sentence and did not end up in prison.

American scientists have overheated the earth

The next loud information leakage in the USA occurred in November 2009 of the year, but it did not concern the government, but scientific data. Then the hackers published an archive with electronic correspondence, data files and processing programs from the Climatic Research Unit of the University of East Anglia in Norwich (University of East Anglia). From the published materials, it became known that the American climate scientists deliberately distorted data on global warming: in the correspondence they discussed what “tricks” could be used to notice in the graphs about the increase in world temperature that not only increased, but even became less. With this, they wanted to make their presentations more convincing. They also discussed the best way to "put a stick in the wheels" of opponents of the theory of global warming and not to give them access to the initial data for calculations.

The scandal was named "Climategate". He did not question the danger of global warming, but the whole world has learned that American scientists often manipulate data.

However, the loudest leakage of secret data in the United States over the past few years is undoubtedly the publication in WikiLeaks of the US classified documents on the war in Afghanistan and Iraq, diplomatic dispatches and the famous video "Assassin", which captured an air strike from an American helicopter in Baghdad, more than 10 Iraqi civilians have become victims. The US Army Private Bradley Manning gave a leak: in May 2010, he was arrested and is now being tried on counts of 22, he could face the death penalty. Fears for his life and the creator of WikiLeaks Julian Assange, who is now hiding from the British and Swedish justice in the Ecuadorian embassy in London. Assange is accused of a sexual crime, but he himself is sure that this is only a reason, and the authorities of Sweden intend to extradite him to the United States.

The leakage of data on the PRIZM program created by the FBI and the US National Security Agency to spy on its own citizens is still prematurely considered “Obamagate”, many experts say. US President Barack Obama spoke out in defense of the program, many congressmen also believe that the threat of terrorism is much more important than privacy. However, Edward Snowden himself, who told the whole world about the program, stated that it would not be limited to leaking data on total electronic surveillance and was already preparing new disclosures. Unless, of course, US intelligence agencies find ways to silence him.

Ctrl Enter
Noticed oshЫbku Highlight text and press. Ctrl + Enter
We are
Snowden's dossier continues to "blow up" the worldWhy did we lose in Vietnam?
71 comment
Information
Dear reader, to leave comments on the publication, you must to register.