17 2013 June
33
In the mid-seventies, the Czechoslovak plant ZTS Dubnica received technical documentation for the licensed production of Soviet main tanks T-72M. Over the next decade, the company produced several hundred vehicles that were delivered to the armies of Czechoslovakia and other countries of the socialist bloc. Due to the geopolitical processes that swept Eastern Europe in the late eighties, the Czechoslovak plant began to slow down production. Potential customers had no time to purchase armored vehicles, which is why stories factory ZTS Dubnica began hard times. Another serious blow to the enterprise was the statements of the country's leadership: in 1990, the new government promised to close military production in Czechoslovakia. 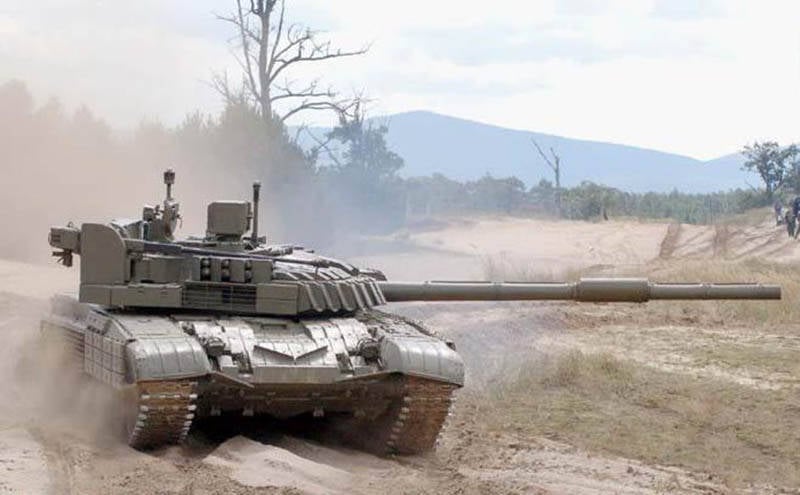 After the collapse of the Soviet Union, the tank builders from Dubnica nad Vahom were left without the support of a “senior comrade”. In this regard, the designers of the ZTS plant began work on their own versions of the modernization of the T-72M tank. Changes in the foreign policy of Czechoslovakia attracted the attention of foreign manufacturers of weapons and military electronics, which could be used to improve tanks. However, such cooperation until a certain time was impossible. It was hampered by a host of political and economic problems. Because of this, ZTS Dubnica was able to join forces with foreign organizations only after the collapse of Czechoslovakia.

Within just a few weeks after the collapse of the country, the military of independent Slovakia came to the conclusion that it was necessary to create their own tank capable of withstanding foreign military vehicles. In view of the not-too-great opportunities, it was intended to temporarily confine ourselves to a deep modernization of the existing T-72M. The military department issued requirements for the new car, and also hinted to tank builders that they would have to make a tank suitable for export, since the economic possibilities of the Slovak army were not sufficient to maintain full production.

It was with an eye to selling to third countries that foreign electronic systems were chosen to equip the new tank. ZTS has chosen the French company SFIM and the Belgian SABCA as partners in the modernization of the T-72M. These foreign organizations have become the main partners and suppliers of Slovak tank builders. The modernization project, called the T-72М2 Moderna (sometimes the designation T-72М1 is found), was created taking into account the maximum use of the available possibilities and, as a result, the minimal change in the design of the combat vehicle. 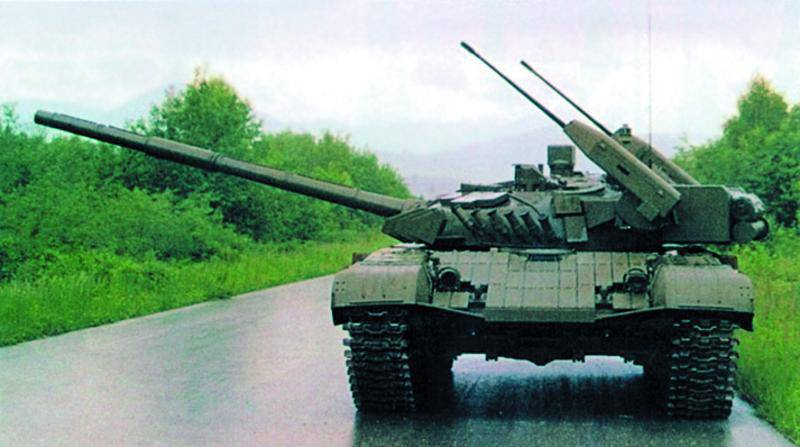 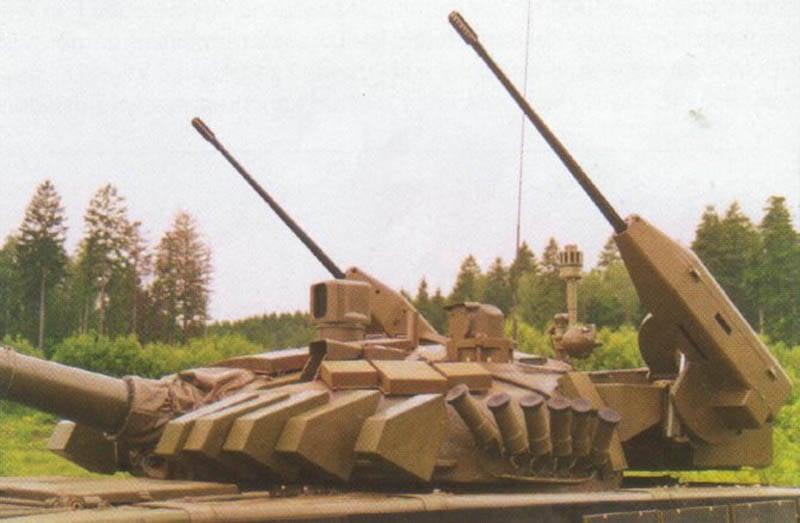 View of the T-72М2 "Modern" tank in front, showing the elements of dynamic protection on the turret, as well as the innovative placement of two containers with 20-mm anti-aircraft guns on the sides of the turret

To improve the ride quality, the T-72М2 tank received a new S12U diesel engine with 850 horsepower. This engine was the Slovak version of the Soviet B-46, refined and forced. The transmission has also been upgraded due to a more powerful engine. Looking ahead, it is worth saying that the ready-made tank “Modern” after all the innovations was heavier to 43,5 tons. However, due to the use of a more powerful engine, the driving performance was slightly improved. For example, the average speed over rough terrain increased by about 10%. Also managed to slightly reduce fuel consumption. This was achieved with the help of a new engine management system with an integrated computer. The French-made DSM-16 could collect information about the engine and promptly notify the driver about any problems.

Great changes have undergone tank defense systems. In place of the standard dynamic protection of the base tank on the "Modern" installed a new complex DYNAS. The characteristic boxes of this system covered the forehead of the tower and the hull, as well as most of the sides. To counter various systems using optical channels or lasers, the T-72М2 tank received the Galix universal smoke grenade launchers. It was alleged that they could shoot smoke grenades, false heat targets, as well as special fragmentation ammunition designed to destroy enemy infantry. Also included in the protection complex were laser radiation detection equipment, protection systems against weapons mass destruction, etc. It was especially emphasized that the DEUGRA fire extinguishing system is able to extinguish the fire in the combat compartment in just 150-200 milliseconds.

The turret of the tank remained the same - the 125-mm smooth-bore gun-launcher 2A46 and the 7,62-mm PKT machine gun paired with it. At the same time, systems designed to control armaments were almost completely changed. Equipment for the new T-72М2 tank was designed with the expectation of simplifying modernization. Most of the devices could be installed in the old places without additional modifications. Thus, the TIS thermal imaging equipment of the VEGA fire control system in its dimensions corresponded to the sight of the TPR-1 gunner. Thanks to this feature, TIS could be installed on the same place, while the controls and the periscope block of the sight remained in place. The VEGA control systems were also combined with the old laser rangefinder and guidance systems available on the base tank. It is worth noting that the bulk of the devices in the fire control system was a new development. It was a ballistic computer, a set of sensors, etc. equipment of French and Belgian production. 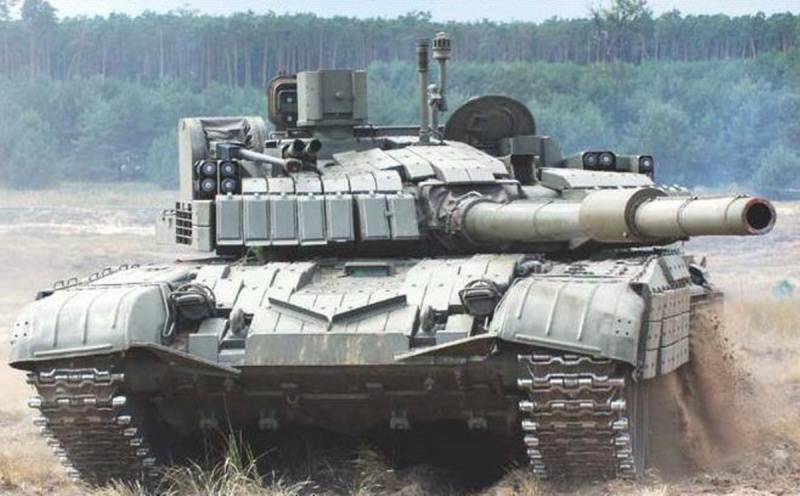 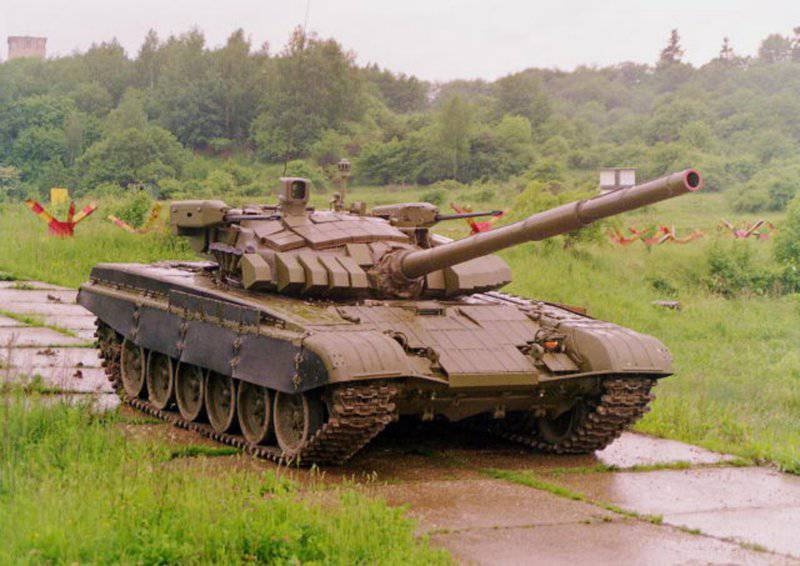 To simplify the production of Moderna tanks and equipment for them, the commander’s workplace was proposed to equip with a SFIM panoramic sight VS-580. It is noteworthy that by that time this sight was used on the Belgian tanks Leopard 1, the French AMX-56 Leclerc and several other modern main tanks. The VS-580 panoramic sight stabilized in two planes made it possible to observe the entire surrounding space without dead zones in azimuth. The sight made it possible to find targets before they entered the affected area, and after approaching the desired distance, aim and attack them.

Also developed a new SUO VEGA Plus with higher performance. It differed from the original VEGA system in the presence of several modules that enhanced its characteristics and usability. As far as we know, VEGA Plus was not installed on prototypes of the new tank.

The armament complex of the prospective T-72М2 tank was supplemented with two additional weapons. Two special KAA-200 automatic guns of 20 caliber of millimeters with ammunition were placed in special lifting containers in the back of the turret. Management tools tied to the commander's panoramic sight. The mechanics made it possible to direct guns vertically in the range from -4 to + 35 degrees. Horizontal guidance was supposed to be performed by turning the entire tower. Additional small-caliber guns were intended to destroy lightly armored vehicles and enemy personnel on the ground, as well as to destroy low-flying aircraft in the shelling zone. Initially, two 20-mm guns were mounted on prototypes of the Modern tank. However, in the future, due to the ambiguity of the obtained characteristics, they were replaced by a single 30-millimeter 2А42, borrowed from the Soviet infantry fighting vehicle BMP-2.

Significant changes in communications equipment. All available devices were removed from the tank, and in their place a new BAMS radio station was installed. She worked in the frequency range from 30 to 108 MHz and had the ability to quickly change the operating frequency. In addition, the radio station allowed not only to carry out voice communication, but also to transmit data in digital form. BAMS integrated a digital tank intercom with active noise cancellation. After a small adjustment of the communication system of the T-72М2 tank, it was possible to exchange information with any modern European tank.

Tank T-72М2 Moderna was demonstrated several times at trade shows, starting from the year 1993. It was positioned not only as a new combat vehicle for the Slovak ground forces, but also as a tank available for purchase by third countries. The advertising of "Modern" constantly mentioned the fact that this tank was the first joint development of the countries of Western and Eastern Europe after the end of the Cold War. However, this “advantage” did not interest anyone. Most of the countries that were armed with T-72 tanks, for economic reasons, could not order their modernization to the state of "М2". Other potential buyers from Europe, in turn, did not need tanks based on the Soviet T-72 at all.

As a result, the tank "Modern" remained unclaimed. Foreign customers were not interested in them, and the armed forces of Slovakia experienced serious problems with financing. Because of this, the T-72М2 did not go into the series, and the built prototypes (no more than two machines are mentioned in different sources), according to some data, were converted into T-72М and went to the front units. 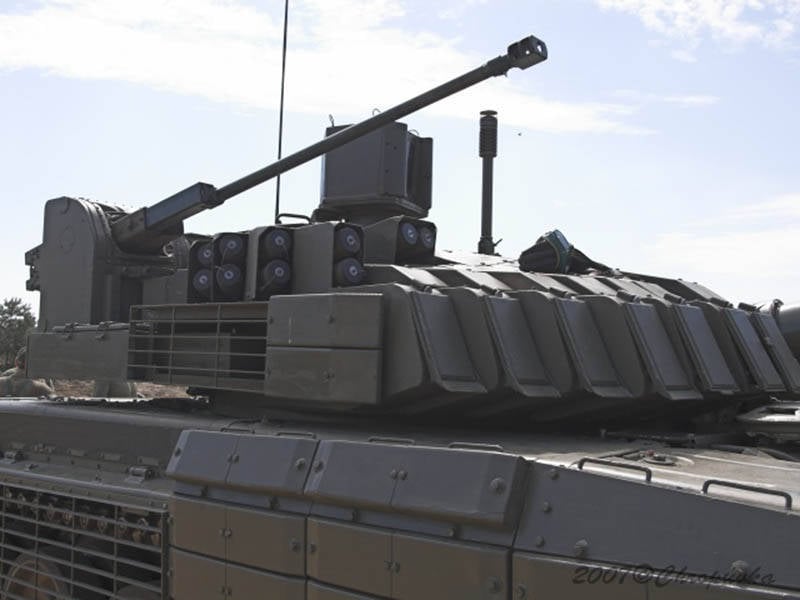 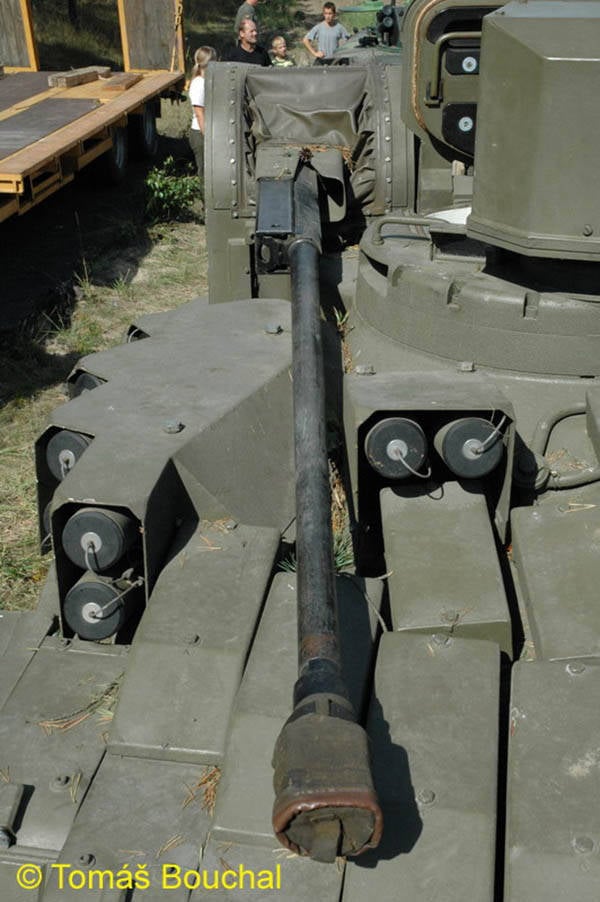 On the upgraded version of the tank "Modern" 2X20 mm guns along the sides of the turret are replaced with one 30 mm gun located on the starboard side of the tower. (Photo Tomas Bouchal) 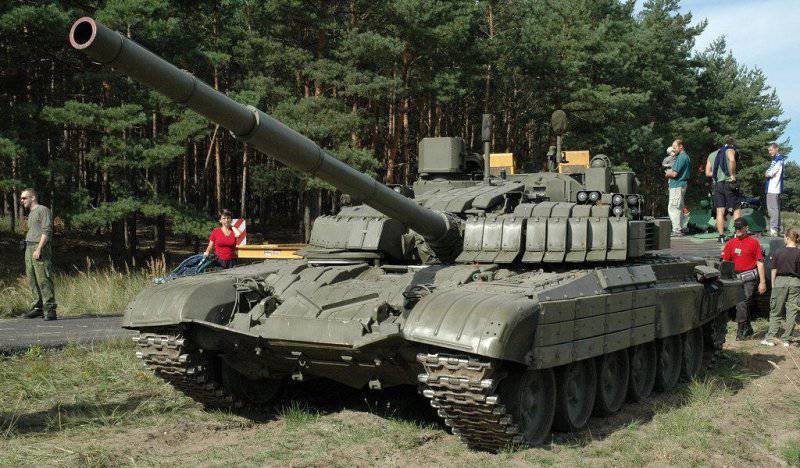 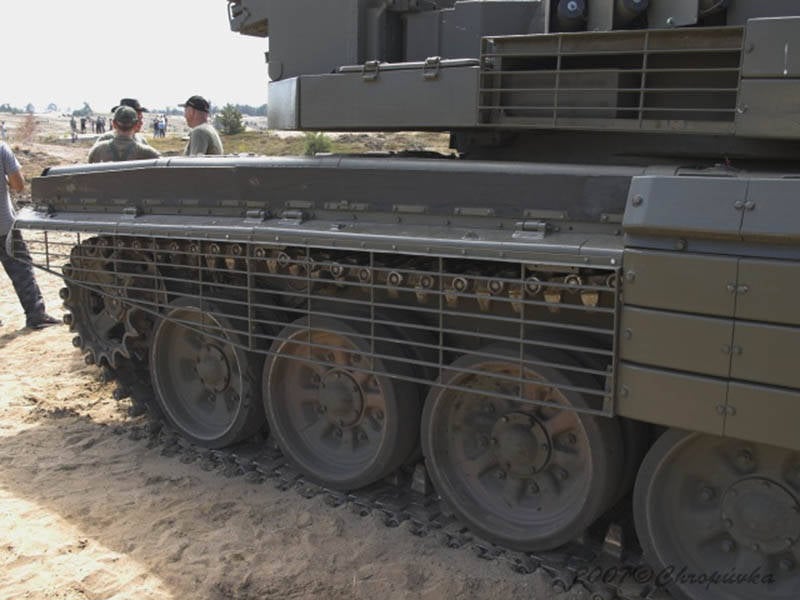 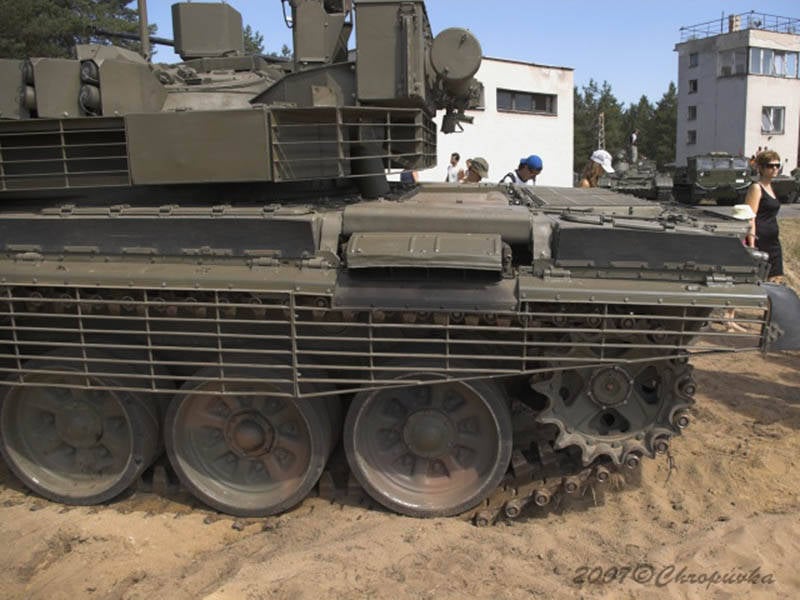 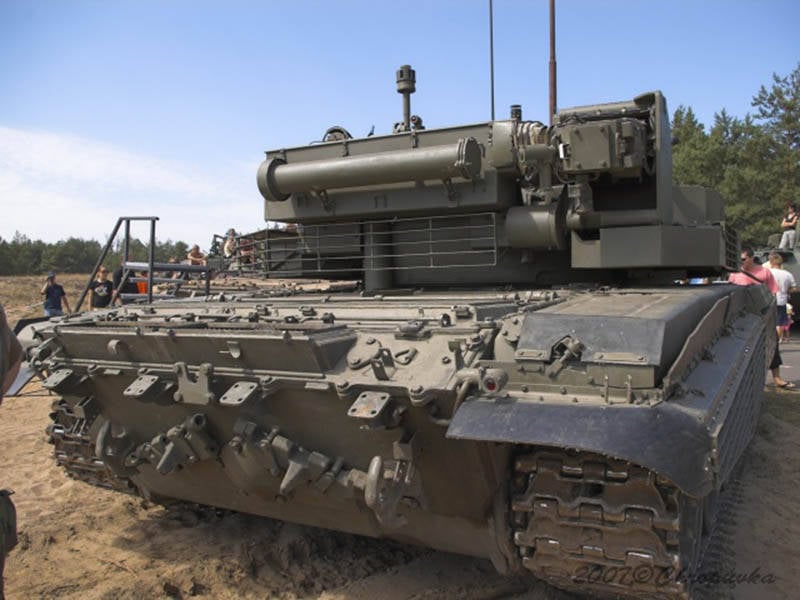 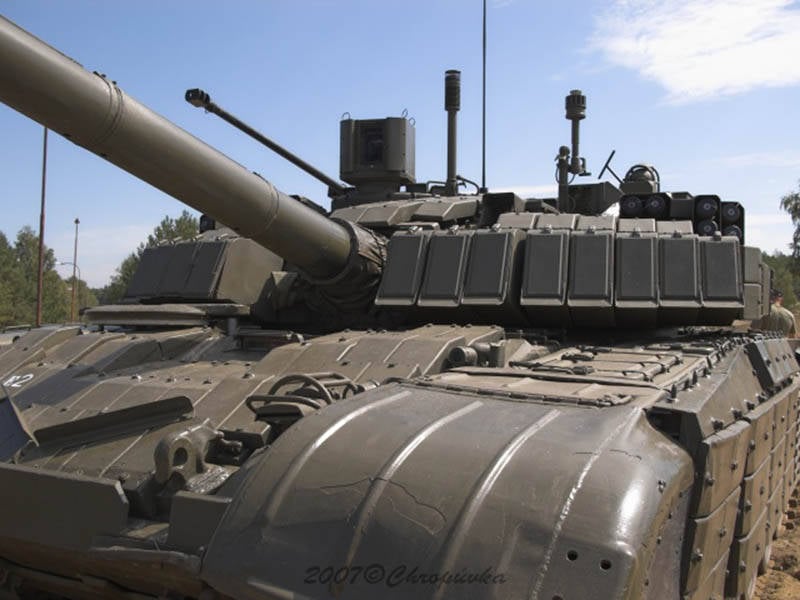 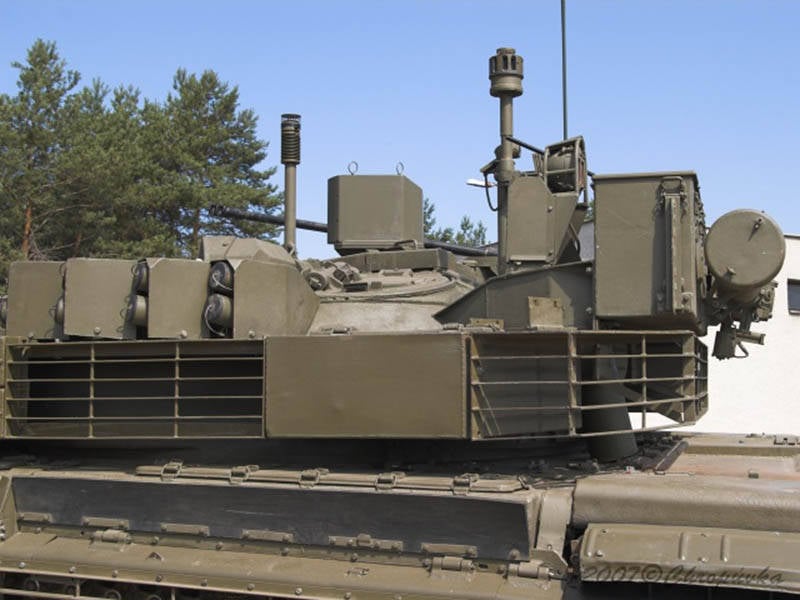 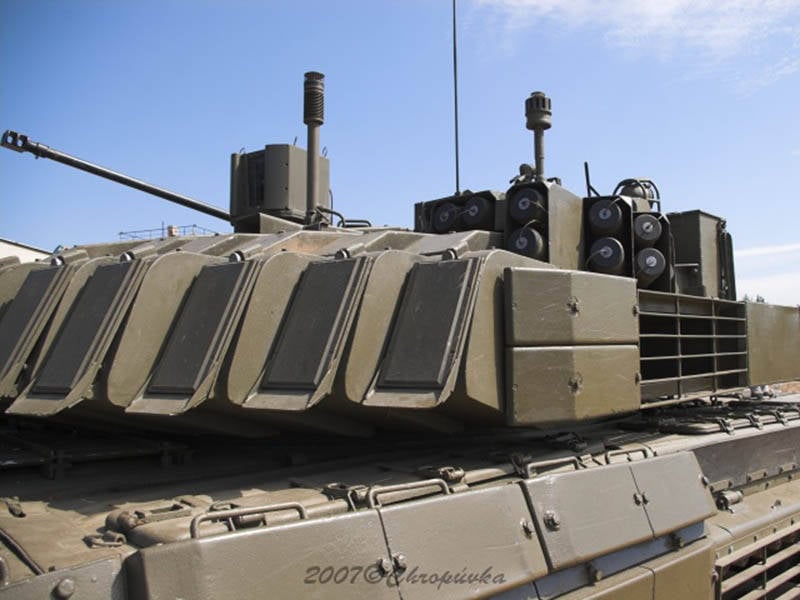 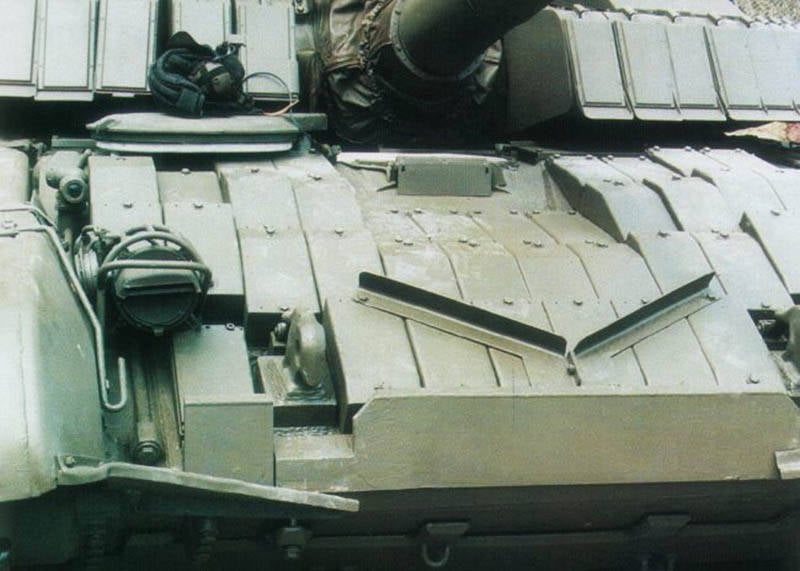