Construction of submarines: plans and problems

14 2013 June
43
The implementation of the current State Arms Development Program is associated with enormous costs - by 2020, about 20 trillion rubles will be spent. However, even with such funding, a host of questions arise regarding the distribution of money. In recent weeks, the problem of timely payment for the defense industry has been raised again. This time, the discussion touched upon the construction of new submarines for the Russian naval fleet.


In early June, an update appeared on the plans of the Ministry of Defense for the construction of nuclear submarines. According to Navy Commander-in-Chief Admiral V. Chirkov, in the coming years the fleet will receive eight Borei strategic submarines, five of which will be built in accordance with the upgraded version of the 955А project. Shipbuilding will also supply seven multi-purpose submarines of the project "Ash". As in the case of the Boreas, the last few boats of the series will be built in accordance with the updated 885M project and the fleet will receive six upgraded submarines.

It is worth noting, previously called the most different numbers, from six to ten boats of each type. However, in recent months, the number of planned to build submarines remains at about the same level, from which we can draw the appropriate conclusions. This fact can serve as confirmation of the fact that the Ministry of Defense has finally decided on its needs and intends to acquire precisely eight strategic and seven multi-purpose submarines. To date, only one out of a dozen submarines has been accepted into the fleet; this is the strategic submarine cruiser Yuri Dolgoruky. Two more boats of the same type are currently being tested. The same applies to the head ship of the type "Ash", bearing the name "Severodvinsk". In the spring it was claimed that these three submarines would be put into service by the end of the year. These plans have not yet been adjusted and, probably, already this year the Russian Navy will receive two strategic boats and one multipurpose. 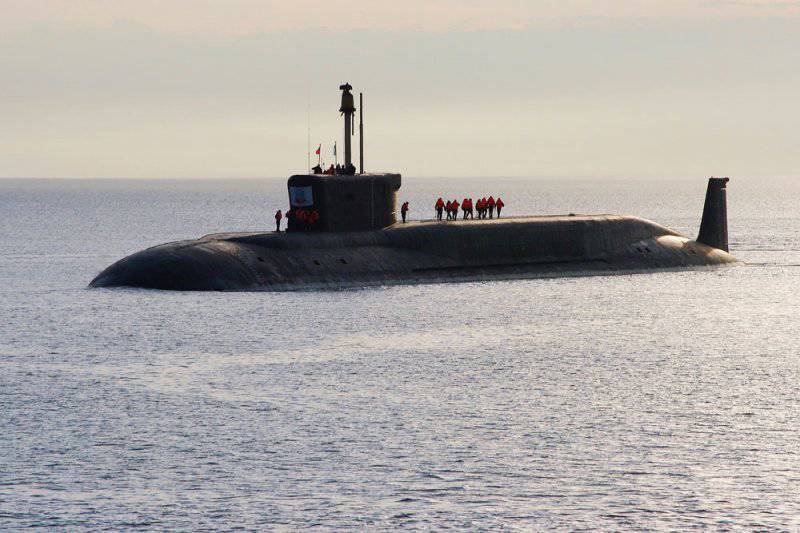 The fact is obvious that the construction of new nuclear submarines is costing the country huge sums. However, as it turned out, the cost of submarines is much higher than planned. A few days ago, Deputy Prime Minister D. Rogozin gave the following figures. Initially it was planned that the construction of "Yuri Dolgoruky" will cost the budget about 20 billion rubles, but in the end about 50 billion was spent. Rogozin also recalled the events of 2011, when contracts for the construction of new submarines were concluded only in the autumn, which almost led to the disruption of the state defense order. The main reason for those events was the disagreement of industry and officials of the Ministry of Defense. For a long time they could not agree on a pricing system, which as a result led to such a late signing of contracts.

The essence of the conflict between the ministry and the industry was as follows. The Ministry of Defense wanted to see a more transparent pricing system in order to reduce unnecessary costs and reduce costs, and shipbuilders did not want to meet it. Such a disagreement between departments, dictated primarily by financial interests, almost led to a scandal. Ultimately, both sides managed to find a common language, but in the future the consequences of such an agreement appeared. According to Rogozin, the previous leadership of the Ministry of Defense, wanting to reduce the cost of the ordered equipment, put pressure on the leadership of the shipbuilding industry, which was the reason for the increase in cost due to the mass of additional costs.

And yet, despite these problems, the construction of new submarines is on schedule. As for the additional costs themselves, the Ministry of Defense is seeking opportunities for such funding. However, if we take into account the specific formation of the final cost of the Yury Dolgoruky and, with certain reservations, extrapolate it to the entire series of submarines, then the prospects may not be very good. Regular problems that require additional costs can lead to a significant increase in the cost of the entire construction program of strategic and multipurpose submarines. Naturally, such things cause a negative reaction from the Ministry of Finance.

As reported by the media, the leadership of the Ministry of Finance once again began to come out with a proposal to reconsider the financing plans of the state rearmament program. So, it is proposed to slightly reduce the allocations for some long-term projects and save money by increasing the time frame for their implementation. Among such long-term projects may be the construction of nuclear submarines. The Ministry of Defense and the government have not yet made a decision on this matter and, probably, the proposals of the financiers are only being discussed.

As Deputy Prime Minister D. Rogozin said, the country's leadership is now looking for ways to correct the existing shortcomings and ensure normal and correct pricing. While it is impossible to say exactly how the method will be implemented all these plans. Various proposals on this topic began to appear in the year before last, during the proceedings around contracts for the construction of submarines and surface ships. Part of them was taken into account and applied in the formation of prices. After almost two years, it seems the time has come to evaluate the existing pricing system adopted by the old leadership of the Ministry of Defense and make the necessary adjustments to it.