Belarusian philosopher: We are united by our common history 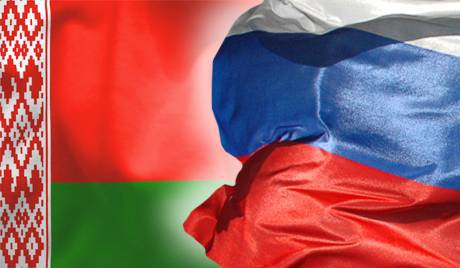 "A people with ruined historical the memory destroyed by historical consciousness disappears. Such a nation is easy to manipulate, ”Lev Krishtapovich, a Belarusian philosopher and political scientist, told a REGNUM correspondent on June 10.

"This geopolitical catastrophe (the destruction of the USSR, - approx. IA REGNUM) was not natural - it was artificial," - said the philosopher.

"Our presidents - Alexander Lukashenko and Vladimir Putin - qualified the destruction of the USSR as the greatest geopolitical catastrophe of the 20th century. The problem is that the analytical community still does not fully recognize this definition. Usually they say a drop in GDP, a decrease in real incomes, and degradation of the social sphere , the breakdown of cooperative ties, etc. All this, undoubtedly, was and is, but the main impact of this geopolitical catastrophe was on the change in the public consciousness of our peoples - not only ordinary "but also philosophical and historical consciousness. They tried to prove to us that our history is bad, that we need to abandon our history and then we will become democratic and free," said Krishtapovich.

“The main reason for disintegration is that they are trying to convince us: we need to give up our history, take some other“ civilized ”history, the Belarusian scientist said.“ If we understand the reason for disintegration, we will understand the reason for reintegration - the return, the restoration of the historical consciousness, the return of our history. Only then will we really be ideologically armed and understand the meaning of integration models and those projects that exist: the Union State, the Customs Union, the Common Economic Spaces Oh, the CIS. Then it becomes clear the goal that our leaders set - the creation of a Eurasian Union. "

Public consciousness plays a crucial role in both unification and destructive processes, according to Krishtapovich. "It is not enough to focus only on the economy - not everything is tied to it. Peoples and political elites should be inspired by a certain idea. And this idea is in our history. Our national history unites us. Therefore, returning to our common Russian roots, all-Russian basis is , in fact, the decisive moment on the path of the revival of our countries, their unity, their unity and unity, "the philosopher emphasized.

"Restoring our history, restoring our historical memory in all spheres - in science, culture, in all spheres of society, we really, as Vladimir Putin said in his message, create spiritual bonds of our unity. If we create these spiritual, ideological braces, then our integration will actually be durable. For only that integration will be fixed in the human mind, "concluded Krishtapovich.

As REGNUM news agency reported, 1 of June Vladimir Putin signed decree No. 525 on awarding a group of citizens of Ukraine, Belarus, Poland, Israel, Italy and Brazil with the Order of Friendship. Among those awarded are: Doctor of Philosophy, Professor, Deputy Director of the Information Analytical Center of the Presidential Administration of Belarus, member of the editorial board of the Belarusian scientific journal "New Economy" Lev Krishtapovich. He was awarded the Order of Friendship "for his great contribution to the strengthening of friendship and cooperation with the Russian Federation." Lev Krishtapovich is known as a philosopher and publicist, a supporter of the unification of Russia, Belarus and Ukraine, as well as the integration policy pursued by Alexander Lukashenko. Krishtapovich is the author of a number of scientific works combining the approaches of Marxist political economy, West Russianism and Pan-Slavism.

Ctrl Enter
Noticed oshЫbku Highlight text and press. Ctrl + Enter
We are
Political analyst Lev Krishtapovich: "There is an information and psychological war against the all-Russian civilization"Interview of V. Putin to Channel One and the Associated Press Agency
Military Reviewin Yandex News
Military Reviewin Google News
30 comments
Information
Dear reader, to leave comments on the publication, you must to register.