"The samurai decided that night ..." Japan recreates a full-fledged army 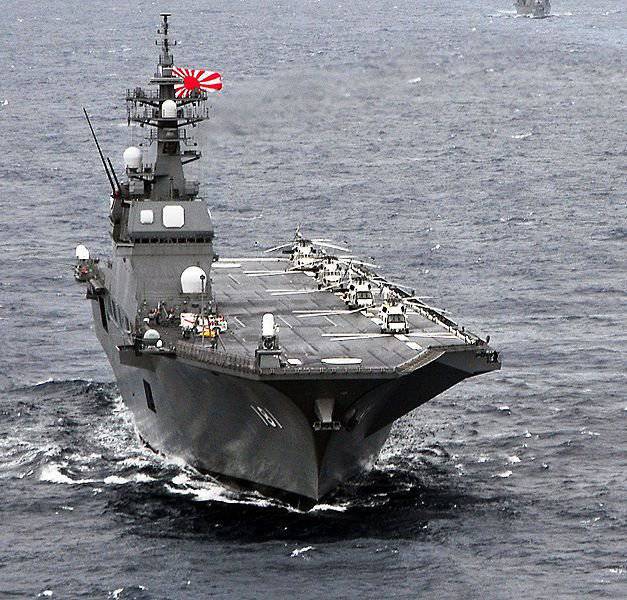 The National Defense Council of the ruling party of Japan approved a draft reform of the armed forces, which aims to recreate a full-fledged army and fleet. The ruling Liberal Democratic Party of Japan (LDPJ) proposes to carry out a large-scale reorganization of the armed forces, create a marine corps, increase the power of the air defense and missile defense systems, equip the army and navy with more effective offensive weapons, which will allow them to strike at bases of potential opponents. The National Defense Council approved the plan on May 30. The Japanese Self-Defense Forces, formed in 1954 from the National Security Forces created two years earlier, should be renamed the National Defense Army.


During the month, the document prepared by the LDPI will be reviewed by the government and it appears that there will be no serious objections. The proposal for a radical reform of the Armed Forces was prepared by ex-defense ministers Shigeru Ishiba and Gen Nakatani, members of the Liberal Democratic Party. Proponents of the reform are confident that the restrictions established by the 1947 Constitution of the year, where the 9-i article proclaims the “voluntary” refusal of the Japanese state from war and the threat of force as a means of solving political conflicts, limiting the development of ground forces, air force and navy, are hopelessly outdated. And despite the fact that Japan ranks 6-e place in the world for military spending, second only to the United States, Britain, China, Russia and France (in 2012, the Japanese military budget was equal to 56,9 billion dollars). At the same time, Japan cannot buy and produce clearly offensive weapons, such as strategic bombers and long-range cruise missiles. LDPY members are confident that the time has come to create a full-fledged armed forces. The air force should be able to strike at military bases located in the territory of the opponents; it is proposed to create a marine corps to protect island territories; The rapid reaction forces should be equipped with American amphibians AAV7 and amphibious transport convertiplanes V-22 OSPREY.

It should be noted that even the current "Self-Defense Forces" of Japan are very modern and efficient aircraft in the Asia-Pacific region. Japanese troops occupy one of the first places in the world in the equipment of the latest weapons. In 2009 and 2011 the fleet was introduced two squadron-destroyer-helicopter carrier type "Hyuga" with a total displacement of 18 thousand tons. In fact, these are light aircraft carriers with a solid flight deck. Aircraft with a vertical and short take-off and landing type AV-8B "Harrier II" and F-35 "Lightning II" can be based on the ship. In addition, it is possible to modernize ships, equip them with a bow springboard to increase the combat load of the aircraft. There are plans to build two more “helicopter carriers” on an improved project. Japan is negotiating the purchase of the latest American fighter-bombers of the 5 generation F-35, and at the same time is thinking of developing its own newest fighter.

The main reasons for this step

- The main reason is a systemic planetary crisis, which violates the existing system of relations and leads to the return of the system when there are several competing centers of power of global and regional importance on the planet. The bipolar system collapsed during the rule of Gorbachev and the collapse of the USSR. The United States attempted to build an American world order, but by its actions only completely broke the balance. As a result, the world returns to a time when great powers will create their own sphere of influence. The planet is already shaken by war and revolution. There is a latent and obvious struggle for control over the Black Continent, the Arctic, Antarctica, sea and ocean wealth, and the resources of the Middle East. The eyes of predators are turned to a weakened Russia.

Therefore, Japan will uncontrollably go to regaining its status as a regional center of power and with claims of leadership in the Asia-Pacific region. For this, she has a good foundation. A strong economy, before 2011, Japan was the second economy of the world (China pressed it from second place), taking this place from 1968 of the year. Good opportunities in the field of the Military-industrial complex, in particular, Japan is one of the world leaders in the field of shipbuilding. A developed nuclear industry makes it possible, with political will, to become the owner of a nuclear weapons. And as a means of delivery, the Japanese armed forces will be able to use slightly modified space rockets.

- Economic prerequisite. The entire period of the 1990-s and 2000-s in Japan is referred to as lost decades or lost years. And Japan faces a new “lost decade.” The full development of the military-industrial complex, the growth of military spending can give impetus to the development of the economy.

- The rise of nationalism in Japan. The latest territorial disputes between Japan and China, Russia and Korea, as well as scandals related to the reluctance of the Japanese elite to recognize the war crimes of World War II, indicate the constant growth of nationalist sentiments in Japanese society. At present, according to opinion polls, over 40% of the Japanese support the rejection of the "Peace Constitution". Most recent Japanese historical films, talking about the past, support the idea of ​​a "strong power".

- The growth of external threats, mainly from China. Japan can not ignore the awakened giant at its borders. China pushed Japan from second place in the economic sphere, catching up with the United States, rapidly increasing the capabilities of its armed forces, the strike potential of the Navy and the Air Force. Beijing is increasingly raising a territorial dispute over the Senkaku Islands (in Chinese, Diaoyu). Things reached the point that the Chinese Foreign Minister Yang Jiechi, speaking at a session of the UN General Assembly, accused the Japanese state of stealing the Senkaku Islands from China and unwillingness to return them. This accusation was repeated by Premier Lee Keqiang. In the area of ​​the islands, demonstrations of the Chinese Navy began to take place regularly.

After the Japanese government showed intransigence in the territorial dispute, expressing its readiness to resolutely defend the islands and the sea space adjacent to them, China has so far begun to make more serious claims through unofficial channels. In particular, the well-known Chinese expert on military issues, General Liu Yuan, did not rule out that the parties would have to prepare for a real war. The road to negotiations was closed: “It remains for us to prepare for battle. If it comes to a fight, we are not afraid, we only warn Japan: we shouldn’t turn the Sino-Japanese relations needed by both countries into relations on the field of bloody battles. ” He also said that the Ryukyu archipelago, the largest island of which is Okinawa, paid tribute to the Chinese Empire from the 14 century, that is, half a millennium before these territories became Japanese. The demand to return Okinawa to China was also supported by two prominent Chinese historians, Zhang Heipeng and Li Guoqiang.

Thus, the political, informational pressure of China on Japan is constantly increasing. There are already elements of military pressure - Chinese ships patrol the area of ​​disputed territories. It is impossible not to draw attention to the fact that in Chinese historical, or films affecting historical themes, there are two main enemies - “white barbarians” and Japanese invaders. In China, form the image of an external enemy.

Russia, given the growing tensions in the Asia-Pacific region, should pay more attention to the modernization and replenishment of the Pacific Fleet, and the strengthening of the Air Force, air defense, air defense and ground forces in the east.

Ctrl Enter
Noticed oshЫbku Highlight text and press. Ctrl + Enter
We are
Between the sea and the land. US Marine Corps strategy on the verge of changeUSMC
59 comments
Information
Dear reader, to leave comments on the publication, you must to register.