13 2013 June
46
The first domestic production tank with a gas turbine engine T-80 fairly quickly demonstrated its modernization potential. By making small adjustments, it was possible to constantly improve its technical and combat characteristics. At the same time, the combat vehicle was not only improved at the Leningrad Kirov Plant, where it was developed. Several new modifications of the T-80 were created at the Omsktransmash plant, which mass-produced this technique. In the second half of the nineties, Omsk tank builders presented a new modernization project for the T-80, which had, as it seemed, a great future. 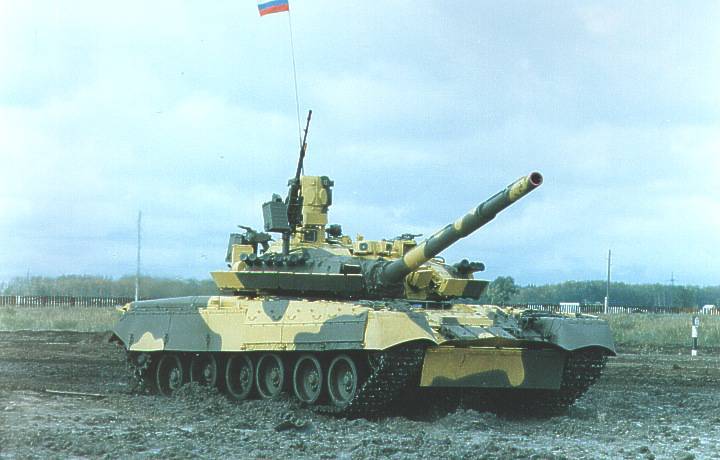 Prototype of the new tank The T-80U-M1 Bars was first shown at the VTTV-97 exhibition in Omsk. It is worth noting that the first appearance of this armored car did not receive much publicity. At the same event, the Transport Engineering Design Bureau presented its latest development (the Black Eagle tank), to which all the attention of specialists and spectators was riveted. Nevertheless, by this time the Omsk T-80U-M1 was already undergoing testing and, according to some sources, was almost ready for the start of mass production. Unfortunately, in the future, both promising projects remained at the prototype testing stage.

When creating the project T-80U-М1, Omsk engineers tried to improve the characteristics of the tank as a whole, but the main priority was to protect the crew, ammunition and aggregates. The most noticeable element of the updated protection of the tank was the antenna unit of the active protection system "Arena". This equipment was intended for the detection and timely destruction of enemy anti-tank ammunition flying to the machine. As the experience of the war in Chechnya showed, domestic tanks had insufficient protection against anti-tank grenade launchers, etc. systems. With the help of the "Arena" was supposed to significantly increase the survivability of the tank "Bars" on the battlefield. In case of a grenade or projectile breakthrough to the tank hull, the latter was equipped with an updated built-in dynamic protection. Integrated protection received and side screens. Finally, to counteract high precision arms the enemy tank T-80U-М1 received the system of optical-electronic countermeasures "Curtain-1". 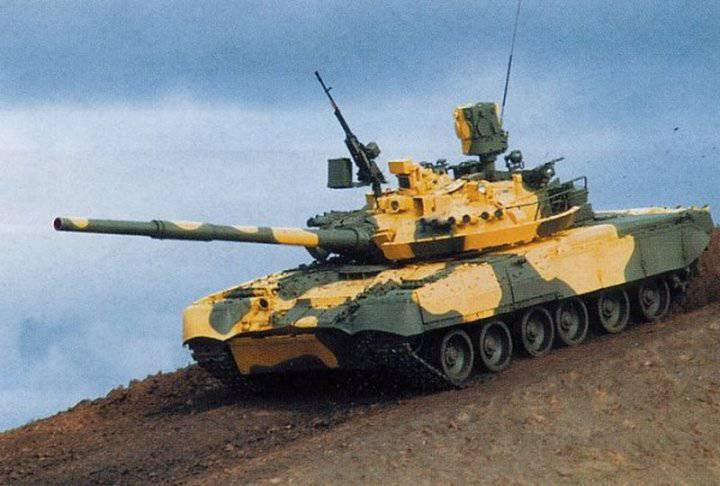 According to some estimates, the simultaneous use of the "Arena" and "Curtains-1" increased the level of protection of the tank, at least three times. To increase the likelihood of survival on the battlefield, Bars was equipped with an updated system of radiation and chemical reconnaissance, new fire extinguishing equipment, etc. It was assumed that all these measures will be able to protect the tank and its crew from the majority of threats arising on the battlefield in various conditions.

Of great interest was the power plant of the tank. In the course of modernization, the standard mechanical transmission gave way to hydrostatic. In combination with the GTD-1250 gas turbine engine with 1250 horsepower. The new transmission has achieved a marked increase in mobility. According to reports, the average speed on a special highway increased by 10-12%, and in some of its sections - by a third. A more efficient transmission has reduced the fuel consumption of the 5-10% and increased the life of powertrain units and running honor. Upgrading the engine and transmission system has simplified the work of the driver. The control of the tank "Bars" was carried out using the steering wheel and two pedals. At the same time, the effort on the controls was significantly reduced. In the future, it was proposed to equip the T-80U-М1 with a new engine up to 1400 hp, however, such an upgrade remained in the plans.

The architecture of the weapons complex of the Bars tank remained the same. Nevertheless, in the turret of serial tanks it was supposed to mount several new systems, including the updated gun. As a weapon for the updated tank chose an upgraded version of the smooth-bore gun launcher 2A46M. This gun differed from the basic version with greater rigidity of the barrel, which gave an 20-percentage increase in the accuracy of the fire. Further improvement of accuracy was assigned to the 1А45 fire control system with a laser range finder, a set of sensors, a ballistic computer, etc. The gun was still equipped with a loading mechanism for 28 cells for shots, which ensured the rate of fire up to 7-9 shots per minute. The armament complex retained the possibility of firing 9М119 “Reflex” guided missiles. It was planned to equip the tank with thermal imaging devices for observing and aiming domestic or foreign production. 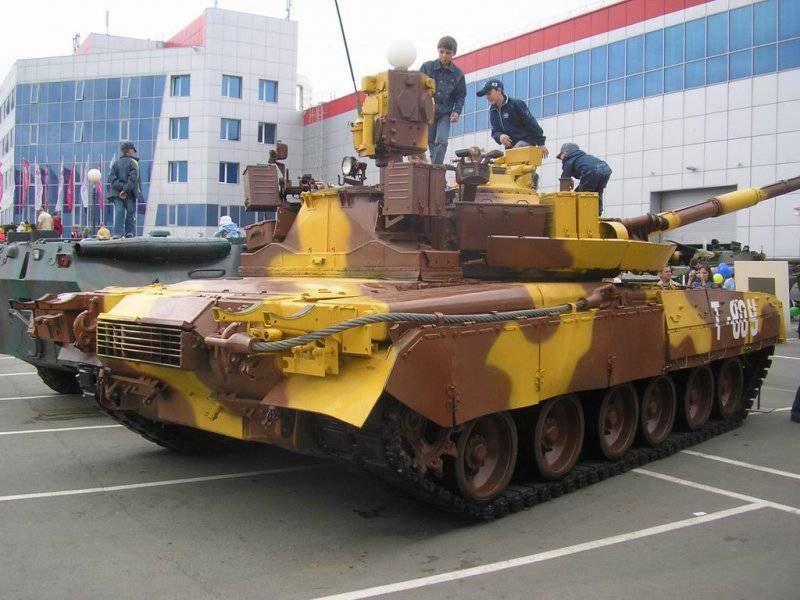 It is easy to see that about creating a new modification of the T-80 tank, Omsktransmash employees tried to raise the potential of the combat vehicle without making significant adjustments to its design. In fact, the only serious innovation that required major changes to the hull units was the new hydrovolume transmission. All other new systems were either mounted in place of the old ones, or did not need serious modifications to the seats. In the case of the start of mass production, this feature of the project would significantly reduce the cost of finished machines due to the absence of the need for large changes in the assembly process.

Nevertheless, both technical and economic advantages did not help the T-80-М1 tank to replenish the ranks of the equipment of the armed forces of Russia. In the late nineties, the army was financed very poorly, because of which it was necessary to constantly abandon the purchase of new equipment and weapons. In addition, the Omsk plant, which planned to produce tanks "Bars", was in distress. As a result, the next development of domestic tank builders replenished the sad list of projects that have passed the tests and on this ceased to exist.