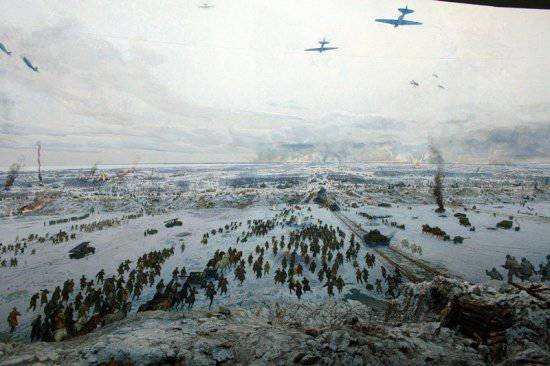 In addition to the planned operation to defeat the fascist group that had broken through to the Volga and the foothills of the Caucasus, the winter campaign of 1942-1943 was planned by another Supreme Command to break the blockade from the tormented Leningrad by the fascists. 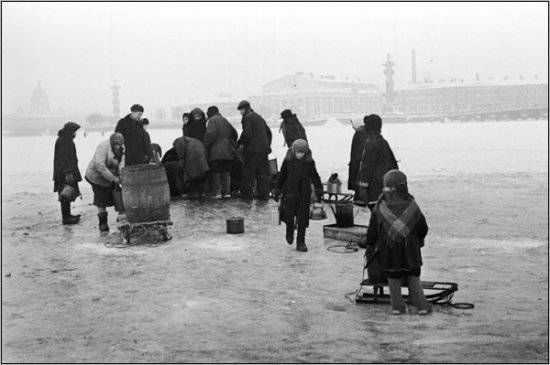 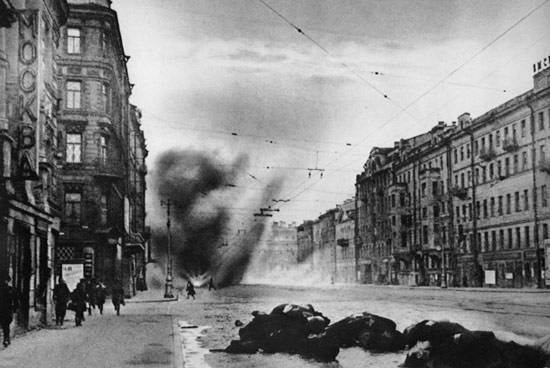 By that time, the population of the city had already experienced two difficult winters, having withstood repeated barbaric bombardments, assaults, shelling and general hunger. Courageous Leningraders defended their city, which not once for all its history did not go the foot of the enemy. The self-confident statement of the chief fascist of all times and peoples of Hitler: “The German troops, having passed the entire distance from East Prussia to the suburbs of Leningrad, will find the strength to go through the remaining ten kilometers!”, Leningrad stood and continued to fight. After numerous failed attempts to seize the city, the fascist command was forced to switch to another tactic and give the troops the order to go on the defensive.

By the winter of 1943, the situation near Leningrad remained practically as complex as in the 1941 year. The main problem of the land communication of the city with the rest of the country has not been resolved. Attempts of our troops of the Volkhov and Leningrad fronts to break through the blockade in 1942 were not successful. It was decided by the Supreme Command to develop a more thoughtful and prepared plan to lift the blockade.

The offensive operation, code-named Iskra, was approved by the Supreme Command in early December 1942. The operation was entrusted to the forces of the Volkhov and Leningrad fronts, under the command of Army General G. K. Zhukov and Marshal of the Soviet Union K. Ye. Voroshilov. 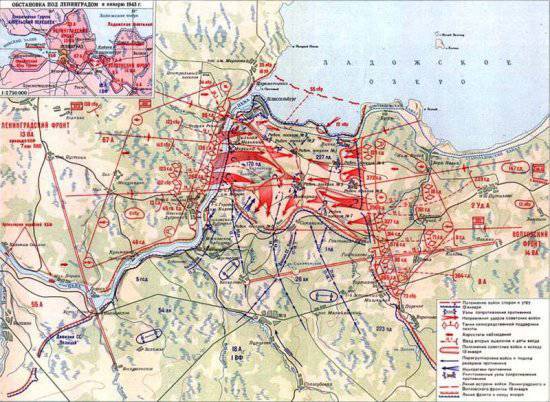 The breakthrough of the blockade, oddly enough, was planned to be carried out in the most fortified area of ​​the fascists, in the Schlesselburg-Sinyavino ledge.

The Shlisselburg-Sinyavino ledge was the strongest place in the defense of the enemy, in fact it was a field, well-fortified area. But at the same time it was a sector with a minimum distance between the troops of the Volkhov and Leningrad fronts. It was therefore decided by simultaneous strikes against both fronts to defeat the grouping by the German, precisely in this place, developing a further offensive to ensure land communications between the city and the front.

After careful preparation, attraction of strategic reserves and regrouping of troops, a significant superiority of forces was created. For artillery and mortars 7: 1 (our 5000 against 700 German), the divisions 2: 1 (20 ours against 10 German, taking into account the transfer of 5 reserve teams to the breakout area by the enemy command), by aviation 3,3: 1 (ours 829 250 German), according tanks 10,3: 1 (539 vs 50).

The beginning of Operation Iskra was the preliminary destruction of the enemy’s defense by air raids and artillery fire. Within a month, 8 observation posts, 35 bunkers, 80 bunkers, several artillery pieces and a large number of machine guns were destroyed. The attacks were carried out very carefully, along the entire front line, so that the Germans did not understand the direction of the main attack. From the side it seemed that a positional war, already habitual for both sides, was underway. 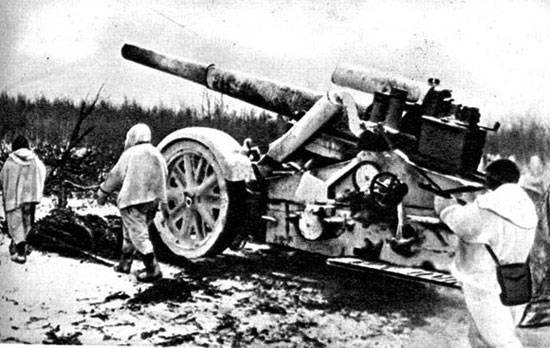 The preparation was carried out so covertly that the German command, 3, the day before the start of the operation, who suspected something was wrong, was unable to determine either the strength or the direction of the impact.

During the night, a full-fledged military operation, codenamed Iskra, began on 10 on 11 in January 1943. The troops of the strike groups of both fronts took the starting positions for the start of the offensive, with the troops of the Volkhov front stationing just 300-500 meters from the first trench of the fascists.

On the night of January with the 11 of January, the last preparatory airstrike was conducted. With the forces of both fronts, groups of our bombers launched massive strikes against enemy headquarters, airfields, communications and artillery.

On the morning of January 12, on 9 hours of 30 minutes on the line of the Leningrad Front, artillery and aviation training began a direct breakthrough of the blockade. When the artillery fire reached its highest heat, assault groups and barrage groups descended onto the ice of the Neva and rushed to the opposite shore. In just four minutes, under the cover of the planes, artillery fire and directing rifle chains descending onto the ice after them, the assault and obstacle groups crossed the Neva, with the help of hooks, cats, ropes and stairs climbed onto the ice wall and were the first to burst into trenches the fascists. The heroic rush of our soldiers was so great and terrible that the Germans were swept away in a fierce hand-to-hand fight.

At the same time, in the strip of the Volkhov Front, hot bloody battles also took place. The attack began a few minutes before the end of artillery preparation, our soldiers broke into the trenches of the Nazis, when they had not yet recovered from the artillery strikes. In this direction, our soldiers also showed mass heroism and courage.

The task set on the first day of the operation was successfully solved, the forces of both fronts managed to penetrate the enemy's defenses, moving deeper into the 3 kilometer, in both directions of impact. During the night of January 13, the troops were fortified in the occupied territory.

January 13 offensive continued, special success was not achieved on this day. And 268 th Infantry Division even had to retreat.

January 14 stubborn fighting continued, the introduction of additional forces, allowed our troops to advance a little more towards each other.

On this day, our troops for the first time knocked out the newest German tank "tiger", a prototype of which passed combat tests on the Volkhov front. Having lost such a valuable tank to both sides, the Germans tried hard to return it, keeping this place under constant fire and not ceasing attempts to tow it to the rear. But our towing operation was faster, on January 17 the tank was towed to our rear.

From 15 to 17 in January, the remaining forces were brought into battle, the troops continued their advance slowly but surely moving in predetermined directions. During this period, the strategically important Sinyavino station was captured.

The final blockade breakthrough happened on January 18. At 9 in the morning, on the eastern outskirts of Workers' Settlement No. 1, fighters of the 327 Division of the Volkhov Front and the 123 Division of a separate infantry brigade of the Leningrad Front met. At the meeting place, the commanders of these units compiled an Act confirming the fact that the blockade was finally broken. 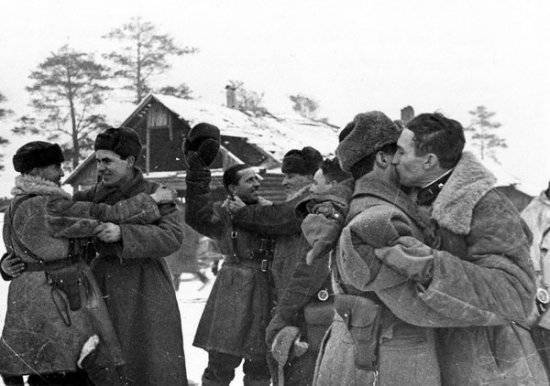 By 12, the workers' settlements number one and number five were completely captured and released by noon. A little later the same day the city of Shlisselburg was liberated. By the end of the day, the southern coast of Lake Ladoga was completely cleared of fascists, the troops stopped their offensive actions and began to consolidate on the conquered frontiers.

Operation Iskra ended, the blockade of Leningrad was broken.

As a result of the operation, a corridor 8-11 kilometers in width was created on the shore of Lake Ladoga, which made it possible to establish land communications between the city and the country. In just seventeen days, roads and railways were built in this corridor. February 7 of Leningrad happily greeted the first freight train from the mainland.

The international prestige of fascist Germany and Hitler personally suffered another crushing blow. In the battle for Leningrad, a turning point came, and the Red Army took over the situation and the initiative from that day.