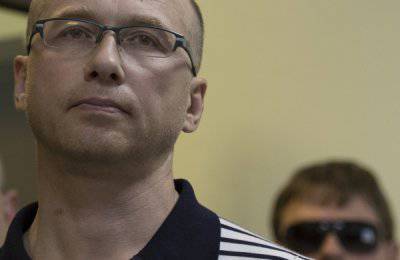 The ex-minister of defense, as is known, doesn’t give his teeth and declares that he is in no way guilty of all the financial sins of the ministry, and all the dirty work was done by people unknown to him behind his back. Some documents with which he did not have, you understand, the opportunity to familiarize him, slip him to sign, then he wasn’t given any information at all, putting the sword of Damocles under attack. In general, our dear Anatoly Eduardovich wants to emerge dry. Oh, how he wants ... But one thing is to want, and the other is to be able to. Itself is hardly mastered - the main thing that others do not help. Well, you understand ...


Most recently, the Audit Chamber, which conducted a large-scale audit at the Ministry of Defense, presented interesting data that again cast a shadow on the immaculate Anatoly Serdyukov. These data relate to orders №№1734 and 839 from December 2010 and May 2011, respectively. Under these orders is the personal signature of Mr. Serdyukov, who, from his bounty, decided to award the top leadership of the Ministry of Defense with solid prizes, which ordinary soldiers could only dream of in a rainbow dream.

11 million rubles in the form of awards for 2010 and 2011 year received, so to speak, a couple, Deputy Defense Ministers (under Serdyukov) Mokretsov and Chushkin. Three-millionth prize for honest and immaculate labor was received by another deputy Serdyukov, Mr. Naginsky.

Do you think that someone on this list is missing? And you are absolutely right. Of course, the main “amazon” of Anatoly Eduardovich, Evgenia Vasilyeva, is missing. Is it really cheated bonus? Not at all. She received her “three” in a million-ruble equivalent. Hopefully enough to clean the carpets in the apartment in Molochny Pereulok and diamond boxes ...

Did Anatoly Eduardovich himself receive millions of bonuses? The audit data of the Chamber of Accounts is not indicated. It is just that he claims that Anatoly Serdyukov acted purely from the Christian convictions of an earnest non-mercenary: he presented “pennies” to others, but he himself led the ascetic way of life. Well, a sort of monk at the head of the Ministry of Defense: nothing in the family - only in the team ...

But if in a team, then why was the Anatoly Eduardovich’s entourage awarded with million bonus payments? Why did solid awards not reach military men in uniform, but got to those who used to paint their nails and lips in the offices of the Ministry of Defense, thinking up how to turn off another scam with military real estate?
On this occasion, the office of Sergei Stepashin gives a concise answer:

Additional payments to the commander of the military districts and fleets were not provided.

And, really, why payments to the commander of the districts and fleets? They don’t kick diamonds under the bed ... Why are bonuses to officers who do their duty in places that, for example, Ms. Priezheva or Mrs. Vassilyeva cannot even show with manicured fingers on the map ... Let these ladies better buy themselves another pendant with Ural gems - Beauty will save the Fatherland ... Apparently, this was the main message of Anatoly Serdyukov.

In particular, the transaction for the purchase by representatives of the private business of Voentorg buildings in Samara for a total amount of 200 million rubles was realized in the amount of 147 million rubles. 18 million Mrs. Smetanova wanted to get from a private trader in the form of a rollback. He agreed, after which he began to transfer money through Miroshnikov and Ambarov. The same, in turn, appeased Mrs. Smetanova with gifts so that she would not refuse their services in the future. But I still had to refuse, because the retired colonels themselves were first under investigation, and then it came to Smetanova.

As a result, both Ambarov and Miroshnikov received a general-regime colony for 3,5. In addition, the court awarded them a fine of 300 thousand rubles from each. The relative mildness of the punishment is due to the fact that Miroshnikov and Ambarov immediately decided to make a deal with the investigation. It was after their long conversations with the investigators that the flywheel of the case concerning “Oboronservis” began to turn. Then both Smetanov and the civil spouse, Vasilyeva, and other people, whose names had recently been heard, became the defendants. Many have come under investigation, but as you know, one figure cannot fall under it. That same figure, the signature of which stands on many documents, to put it mildly, of dubious content.

It can be expected that the situation with Miroshnikov and Ambarov fit into the sentence “first went.” The next stage is the condemnation of Smetanova, Zakutailo and Vasilyeva. Only if Smetanova confessed in all of her fraud tricks and even someone, let's say, she passed, then Mrs. Vassilyeva is silent like a fish or declares that she is not guilty of doing anything at all. By the way, the Moscow City Court extended the house arrest of Evgenia Vasilyeva until the end of July, pledging not to remove the electronic bracelet from its feet.

Well, if the hands of our ships reach the “lady's corps”, which is quite likely, then these “mermaids” can pull into their maelstrom and their main “waterway”. Oh, dreams, dreams ...