Comparing US and Russian Missile Defense: Is there a real threat to the security of the Russian Federation? 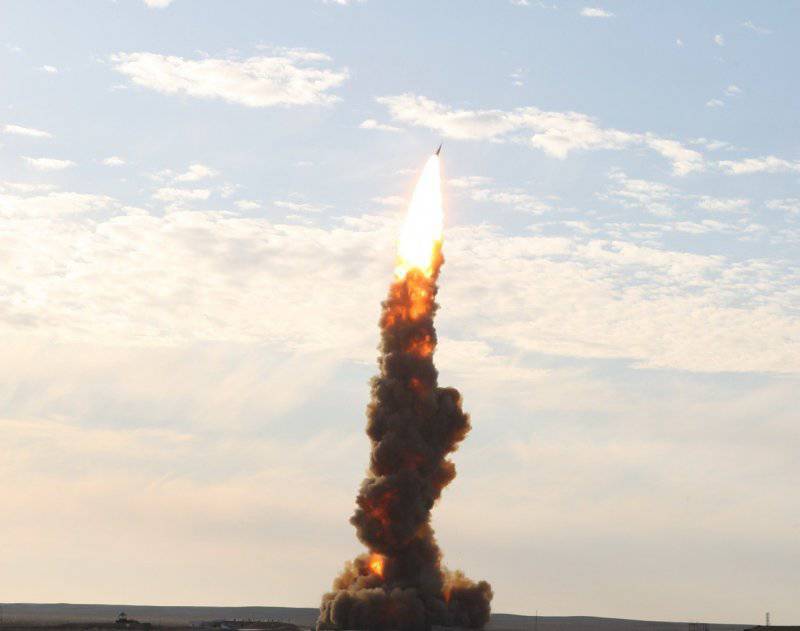 Beginning with 23 in March 1983, when Ronald Reagan announced a strategic defense initiative (SOI, better known in the media as the Star Wars program), the world media and state officials began an active discussion on missile defense (PRO). The discussion periodically reached the level of hysteria. Mutual threats and disapproving statements, first by the leaderships of the USA and the USSR, and after the collapse of the USSR — the USA and the Russian Federation — were not rare. The subject of missile defense has again become aggravated in recent years, as the United States began to restore plans for the development of its missile defense system for some time. Especially noticeable irritation in the Russian Federation was caused by the desire of Washington to create a global missile defense system, with the deployment of radar and anti-missile systems in the countries of NATO (including in Eastern Europe). Also, the United States and Japan, which later joined them, began to actively strengthen sea-based missile defense systems, putting more and more destroyers and cruisers with Aegis systems on board.

In connection with the current situation, it is worthwhile to compare the capabilities of the US and Russian missile defense systems. Despite noticeably less publicity, Russia possesses missile defense systems that are not inferior, and in many ways superior to those of the United States. This is especially true of ground systems designed to combat intercontinental ballistic missiles (ICBMs). In fact, at the moment, the only one that has successfully passed many tests with such a system is equipped with Moscow PRO. It is represented by the A-135 system, consisting of the Don-2Н radar, with the ability to track targets up to 100, at distances up to 2000 km, and the 53Т6 Gazelle missiles. At the latter stands out separately. These rockets, weighing in 10 tons, have amazing speed characteristics - in just 3-4 seconds the rocket picks up the maximum speed, which according to different data ranges from 4 to 5,5 kilometers per second. The acceleration is so great that the human eye cannot trace the flight of this anti-missile. During start-up, overloads to 210G are achieved and, despite this, the entire sophisticated guidance system in the rocket continues to function. The target is intercepted at ranges up to 80 km and at altitudes up to 30 km, using tactical nuclear or fragmentation warheads.

A similar system was created in the USA. It was called "Safeguard" and was deployed at the Grand Forks base in 1975, however, due to a large number of technical problems, such as the flare of its own system radars by explosions of nuclear combat units of its own antimissiles, the project was closed already in 1976. After that, as already mentioned, in 1983, the development of a Star Wars missile defense system was announced. It was planned to place several echelons of combat satellites in orbit of the earth, each of which would carry a certain number of antimissiles, or be equipped with other means of combating missiles, such as combat lasers. However, as it turned out, all this noise was just a bluff in the cold war with the USSR. The goal was to force the USSR to spend enormous resources on the creation of new ICBMs and a similar missile defense system, although its creation is technologically impossible even now.

Now it is worth returning to the current realities. At the moment, the United States is developing and setting up a missile defense system with the principle of kinetic interception - that is, the destruction of a warhead with the help of an accurate missile attack, flying at great speed. Today, more than 30 EKV (Exoatmospheric Kill Vehicle) missiles are deployed on the Grand Forks base, which are launched using a special three-stage rocket carrier GBI (Ground Based Interceptor). This missile defense system as a whole is called GMD - Ground-based Midcourse Defense. The exact characteristics of the EKV are unknown, but it is known that this anti-missile weighs about 70 kg and has an infrared guidance system - it flies to the warmed warhead of the enemy ICBM. On missile missile tests hit the target at an altitude of 250 km. However, not everything is so rosy - from 14, only 8 launches were successful. At the same time, it is not known in how many cases it was possible to destroy the warhead, and not just knock it off the trajectory (if the warhead has a nuclear weapon, be sure to completely destroy it, since the explosion is not allowed even at a great distance from the originally intended target). Also doubtful is the ability of this system to hit new Russian Topol-m ICBM warheads that can maneuver in the final leg of the flight. In this aspect, the kinetic interception is noticeably inferior to the traditional interception using a low-power nuclear explosion or a fragmentation explosion.

On the same principle of kinetic interception, the US naval missile defense system is also being built, which, for the sake of justice, is noticeably ahead of the sea-based missile defense system of the Russian Federation, which is represented by the C-300FM - Fort-M naval modification. This system is not able to cope with medium-range, long-range and intercontinental missiles. The United States is adopting more and more ships equipped with the Aegis system and SM-3 antimissiles. So far, there is a Block IA modification in service with the United States, and soon IB Block will arrive, who can hit missiles with a range of up to 3000 km. In the future, it is planned to put into service the Block IIA modification, which will be able to shoot down long-range missiles - up to 6000 km. And approximately by 2020, it is planned to create a Block IIB modification, which will be able to effectively deal with ICBMs. In general, the Aegis system seems to be a very formidable force, however, according to a report made by independent American military scientists in 2009, the system is currently not in the best condition. Of the 10 intercepted warheads, only 2 were destroyed, the rest were only knocked off course. This, with the official total probability of hitting 84%, makes the system very vulnerable in the case of nuclear warheads.

Now it is worth considering the immediate and long-term development prospects of the missile defense system of the RF In addition to the A-135 system, the C-400 mobile anti-aircraft missile system (SAM) is in service, for which the 40H6Е rocket will soon be put into service, with a range of 400 km and a height of damage up to 185 km - this system is not inferior in performance to the system PRO SM-3 Block IA-IB. In the foreseeable future (the dates are called up to 2017 of the year), the C-500 systems will go into service with the Russian Federation. These highly mobile systems will be able to deal with any types of missiles, including ICBMs in the final leg of the flight. The range of destruction, according to some data, will be about 600 km, while at the same time they will be able to fire at 10 targets, at speeds of up to 7 km / s (ICBM warhead speed). It can be assumed that a ship version of this system will also be created, which will allow the Americans to catch up on this aspect.

Also at the last stage of development is an updated Moscow missile defense system, which will replace the aging A-135. This is the A-235 Aircraft-M system. There is little data on the characteristics of the system, it is only known that the 53Т6 anti-missiles will be replaced with new ones with a more accurate guidance system and a reliable system of destruction of high-explosive fragmentation warheads, rather than small nuclear explosions.

In recent years, the United States often talked about creating a global missile defense system, including the deployment of its elements in Eastern Europe. Once there was an attempt to deploy a missile defense system radar and a number of antimissiles in Poland and the Czech Republic, but under pressure from the Russian Federation that threatened to deploy Iskander-M missiles in Kaliningrad, as well as as a result of a change in policy after the election of Barack Obama as US president . However, this does not mean that it will not be implemented in the future.

In light of this, it is worth analyzing whether the spread of the US strategic missile defense system to the security world of the Russian Federation and the possibility of irreparable damage to the enemy with a massive nuclear strike threaten. As noted above, the missile defense systems in the US are far from being as perfect as they like to say. And this is despite the fact that they are tested on the simplest warheads that do not have missile defense systems. In addition, the cost of anti-missile missiles is very high, and creating enough of them to seriously counter a massive strike is almost impossible. However, if we consider the deployment of missile defense elements outside the territory of their country and in more than one area of ​​positioning (as stipulated by the agreement signed by the United States and the USSR), as a political step and an opportunity to increase their influence, the Russian Federation will soon also be able to present surprises by posting , for example, C-500 in the CSTO countries.

In addition, in the Russian Federation in recent years there is a powerful strengthening of strategic missile forces. The armaments of the Topol-M and Yars ICBMs that are able to effectively overcome the missile defense system are already in service, and the sea-based Mace rocket is next in line. Until the end of 2013, the new Frontier ICBM will be put into service, the characteristics of which have not yet been disclosed. An interesting project of the Skif ICBM, which will be launched from the ocean or sea bottom, is also being developed. By 2018, a new heavy liquid ICBM should be developed, which will replace the outdated Р-36М, with the ominous nickname "Satan" (the rocket carries 8 nuclear warheads, the 1 is megaton each and is the most powerful in the world).

As a result, we see that the US missile defense system, which is quite strongly inflated by the media and politicians, in the foreseeable future will absolutely not be able to influence the possibility of nuclear deterrence. That is, neither for the Russian Federation, nor for the USA will there be real security threats. There will be no prerequisites for a global war, which is good news.