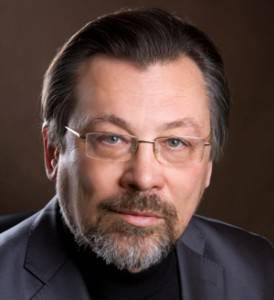 We often hear calls to combat nationalist views and condemn them as wrong, even chauvinistic. How fair are these reproaches? Let us try to understand this issue, relying on the creative heritage of the outstanding Russian philosopher of the 20th century, Ivan Alexandrovich Ilyin.


The topic of patriotism is relevant in terms of preserving the national and cultural diversity of mankind under the influence of the unifying processes of globalization. The destruction of the national-cultural tradition continues in Russia. The pro-Western part of the national elite deliberately (or involuntarily) works to “drift” the country under global governance. Therefore, it is necessary to take into account the disagreement of people with such forms of the new world order. From the moral and depth-psychological points of view, antiglobalism bears in itself the idea of ​​protest against the increasingly obvious (although so far successfully masked) “new totalitarianism”. “Blindness” of people to what is happening and inadequate social optimism is also to be understood. The perception by people of the globalism-project as a war against the traditional in national cultures, the identity of peoples has a basis and must be taken into account.

One of the main blows of information-psychological weapons against Russia is aimed at the area of ​​national identity. And it is clear why. In the struggle for the New World Order that is gaining momentum and the repartition of planetary resources, the ideological and “spiritual-metahistorical” struggle, in addition to its economic and political aspect, the war of higher spiritual meanings and negative metaphysical forces (in Orthodox Christianity, the latter are aptly called the “mystery of lawlessness”). It is easier to remove wealth from a country if its national values ​​are blurred, its people suffer from ethnocentrism, the identity of the state-forming people is weakened and a sense of shame is cultivated for national culture, false responsibility for the country's past and its role in the world stories. Without raising a sense of patriotism in Russia, it will be impossible to regain the “geopolitical voice.”

The theme of the formation of the national consciousness, its spiritual and moral characteristics, patriotic feeling occupies a significant place in the works of I.A. Ilyin. Deeply revealing the range of questions related to this topic, it helps to meet the challenges of our time and better understand what is happening in the world and in Russia. New, post-communist Russia, pointed out I.A. Ilyin, in anticipation of our time, is to develop a new system of national education, and it is on the correct resolution of this task that its future historical path will depend.

The national character of a people is determined by its creative orientation towards the sphere of the divine. Throughout its history and culture, every nation serves God as best it can; “And those nations that serve Him creatively and with inspiration become great and spiritually leading nations in history.” Patriotism is seen as spiritual love for the motherland. Such patriotism is characterized not by adherence to the formal characteristics of the life of its people, but by love for its spiritual manifestations, recognition of the objective dignity inherent in its homeland. Spiritually decomposed people - only the possibility of the motherland. Therefore, to gain a “sense of homeland,” a person needs to become a spiritual person, which will help avoid falling into the trap of national chauvinism. I.A. Ilyin understands true nationalism as a strong feeling that “my people also received the gifts of the Holy Spirit” and creatively implemented them in their own way. Therefore, the people must defend their precious spiritual "self-sacrifice." True patriotism takes the creative accomplishments of its people as its spiritual soil, for the preservation of which the instinct of national self-preservation must be awaited among the people.

The spiritual treasure of the Motherland lives in the soul of a person, and you need to turn to your spirit and find out “the spiritual womb of your people.” This process is called an act of patriotic self-knowledge. Then a person, like a fairytale hero, crouching to the ground with his ear, will hear his Homeland: how she sighs and moans in his soul, sings, cries and rejoices, determines and directs and impregnates his personal life. I.A. Ilyin managed to comprehend, realize the basics of that feeling of love for the Motherland, which made the Russian soldier a fearless warrior, calmly, and even casually, ready to put his life in battle.

I.A. Ilyin draws attention to the main directions of national-patriotic education. The philosopher emphasizes the need to educate children within the framework of a national culture: everything that awakens the spiritual sphere of a child must be national. A language that “mysteriously” accommodates the past of a nation, its spiritual structure and “creative ideas”. It is especially important that the awakening of the child’s self-awareness be done in his own language. Do not teach a child to foreign languages ​​as long as he does not speak his native. The child must hear the national song still in the cradle. From the first years of life, it is necessary to breathe a distinctive prayer into a child. The fairy tale is important, which gives the child a sense of heroic. Adoration of saints and national heroes elevates the soul, gives it humility, a sense of rank. As soon as the child begins to speak and read, the national poets should give the joy of the verse. Introducing children to the history of their people, it is necessary to arouse in the child confidence that this story is the source of wisdom and strength. The child must learn to experience the success of their national army, to realize that the expanses of Russia are extracted by blood and labor.

Comprehension of Russian culture as Orthodox culture I.A. Ilyin considered it a fundamental condition for an adequate understanding of the peculiarities of Russia's development and its problems in history. The departure of Russia from the Orthodox culture was, according to the thinker, the cause of the troubles of the Fatherland and its main tragedy - the revolution. At the same time, the philosopher pointed out: the root of the national idea is in the spiritual unity of Russia. It has developed among the peoples of Russia a similarity of soul structure, closeness in customs, unity in the perception of the world, in which Russian peoples, without distinction of a “tribe,” differ from Western European peoples. Thus, Russia was considered by the philosopher as a system of spiritual unity, created by the Russian-national spiritual act. To be a truly Russian person, it is necessary to accept the national spiritual act of their homeland. Homeland is not a place on earth where a man “came into existence” or where he “used to live”, but a spiritual place where he was born in spirit and where he comes from in his life creativity.

I.A. Ilyin foresaw that in the post-communist future the country could boil with a thirst for revenge, blood and property redistribution. There will be a lot of adventurers, of whom three quarters will “work” for foreign money, and none of them will have a national idea. And this idea should be state-historically-national, state-patriotic, state-religious. This is the idea of ​​education and self-education in the Russian people of a national spiritual character.

Today the philosopher’s thought that Russia needs an independent national creativity of self-creation is very important. Russia will not be saved by any Westernism. Mechanical borrowing from other nations will not bring good. Russia should not “chase” other people's forms of life: no, and there cannot be a single state form that would be the best for all times and peoples. A Russian person should stop worshiping “alien idols”; he should return to the roots of his national culture. The dream of a socio-political "panacea" is always baseless. Russia is useful only those political and economic forms that take into account the level of national character and which are able to educate and spiritualize it in people.

The significance of the ideas of I.A. Ilyin is also determined by the fact that the sphere of national identity is a taboo range of questions, the answers to which require a revision of a number of stereotypes. The philosopher helps to form a social perception in which the image of a free, rich Russia is inseparable from the theme of "historical Russia" in its revival. In particular, this implies the recognition of the Russian people as a state-forming one, and of Russian culture as the “pivot of a unique multi-ethnic Russian civilization”. Without this, Russia will be just the same name of the territory seized by other ethnic groups and supranational forces. The philosopher’s thoughts allow not to pay attention to the accusations of “Great Russian chauvinism”, allow to raise the question of the need for a wider entry of the carriers of the Russian national consciousness into power to protect national history and culture from Russophobia in the country and abroad. I.A. Ilyin helps to distinguish between pseudo-patriots. And this is very important, because today the idea is often encountered that an oligarch who has grown rich on the plunder of Russia's national wealth can sincerely consider himself to be her patriot — how not to like such a volume of national wealth potentially in his pocket. But it seems that the western-oriented elite of the country is afraid of the revival of the national consciousness of the Russian people. The revival of the national spirit is called “nationalism”, understood as “Russian fascism”. These concepts are falsely defined and imprinted in people's perceptions of national relations. But isn't this fear an expression of Russophobia of the “fifth column” in the country? I.A. Ilyina "spells out" the substitution of concepts, showing that true nationalism is a spiritual and moral category, the content of which is the nation’s natural concern for itself in caring for other peoples and respect for them.

Part of the prophetic visions and fears of IA Ilyin, we already see "being realized." But the legacy of a great thinker is full of optimistic ideas about the future of Russia. He emphasized that Russia is first and foremost a great nation, not desperate in its vocation. The time will come when he will rise and demand his rights.

Ctrl Enter
Noticed oshЫbku Highlight text and press. Ctrl + Enter
We are
A bit about patriotic education in RussiaLeague of distinguished gentlemen
3 comments
Information
Dear reader, to leave comments on the publication, you must to register.