Air bases of the Western Military District are alerted 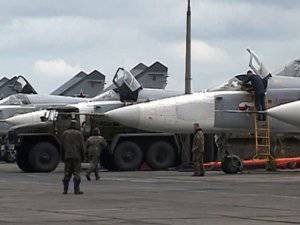 In the Western Military District of Russia is a sudden test of combat readiness. On the eve of the alarm raised the crews of the air bases of Karelia, Leningrad and Murmansk regions. Around 20 aircraft and helicopters were ordered to fly to other airfields. Today, in an unfamiliar area, they will fight with a conditional opponent, perform a bombardment and land troops. Fighter planes Su-27, bombers Su-24, as well as helicopters Mi-8 and Mi-24 participate in the exercises.


Recall, a sudden check of combat readiness conducted since February of this year. In May, almost 9 of thousands of military units and more than 400 units of equipment took part in them.